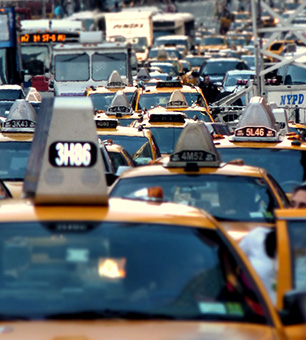 (Photo: joiseyshowaa / Flickr)Truthout staff writer Dahr Jamail has written a sobering piece on climate disruption, a crisis caused and accelerated by a world wrought by the industrial revolution. As many climate change deniers like to point out, carbon levels in the air have fluctuated for over 400,000 years, and our planet has warmed and cooled due to natural cycles of carbon in our atmosphere. While it’s true that carbon levels have waxed and waned over hundreds of thousands of years, we have never seen the rapid spike in carbon levels that’s occurred in the past 100 years. From the records climate scientists have kept, that spike is unprecedented. And given the proliferation of extreme weather conditions and events in the last 15-20 years, the evidence that human activity plays a significant role in climate change is, as Jamail notes, scientifically indisputable.

The protestations of those who like to say that the “debate” over human-caused climate change is not settled are based on motivations other than objective argument with the finer points of scientific data. In other words, climate change deniers want politicians and voters to think that factories, vehicles, aircraft, cattle farming practices and other carbon-emitting activities that humans have a hand in do not contribute to climate change. To admit that they do means the very industries that power industrial economies (most particularly, the fossil fuel industry) will have to be regulated or put out of business to keep our planet habitable for humans – and other life forms we need for our survival.

Donate Now
Share
Copyright, Truthout. May not be reprinted without permission.
Ted Asregadoo