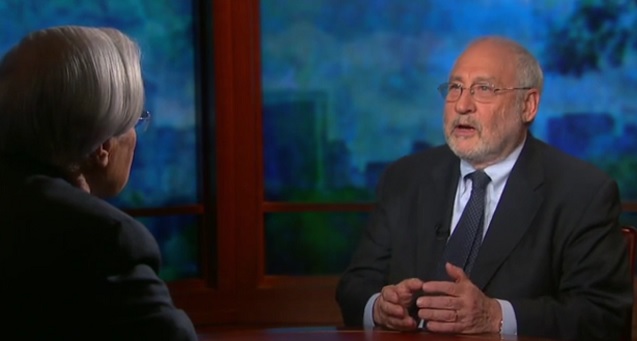 As levels of inequality increased in wealthy countries over the past 30 years — especially in the US — some economists argued that it was a subject their discipline shouldn’t worry about. Economists, they said, should concern themselves with efficiency and growth, and not worry about how the fruits of a society’s productivity are distributed.

The lopsided recovery — with corporate profits roaring back to full strength but median incomes still below prerecession levels — made that position untenable. The issue of inequality has moved front and center. Pope Francis decried the “economy of exclusion.” Thomas Picketty’s Capital in the Twenty-First Century became a blockbuster bestseller.

But there’s still a common argument that spiraling inequality is simply a natural result of changing “market forces.” Globalization and technological innovation have increased the gap between the haves and the have-nots. The premium on higher education has increased.

Last week, Nobel Prize-winning economist Joseph E. Stiglitz took to the opinion pages of The New York Times to argue that there’s no such thing as “natural” market forces — markets, and their outcomes, are determined by public policies — by the rules established by governments.

Stiglitz wrote that inequality is anything but “inevitable”:

We don’t need to have this much inequality in America.

Our current brand of capitalism is an ersatz capitalism. For proof of this go back to our response to the Great Recession, where we socialized losses, even as we privatized gains. Perfect competition should drive profits to zero, at least theoretically, but we have monopolies and oligopolies making persistently high profits. C.E.O.s enjoy incomes that are on average 295 times that of the typical worker, a much higher ratio than in the past, without any evidence of a proportionate increase in productivity.

If it is not the inexorable laws of economics that have led to America’s great divide, what is it? The straightforward answer: our policies and our politics. People get tired of hearing about Scandinavian success stories, but the fact of the matter is that Sweden, Finland and Norway have all succeeded in having about as much or faster growth in per capita incomes than the United States and with far greater equality.

He then asked, “So why has America chosen these inequality-enhancing policies?” For Stiglitz’ answer, read his essay at The New York Times.