Thousands of people – streaming off caravans, buses and ferries – marched nonviolently and almost silently with Staten Island residents on August 23, joining the families of Eric Garner and Michael Brown. The New York Police Department reported 2,500 attendees, which seems very unlikely as sources reported 1,000 undercover police and 500 marshals were at the event. The march was led by Rev. Al Sharpton’s National Action Network on the 25th anniversary of the death of Yusef Hawkins, an African-American 16-year-old killed by a Caucasian mob.

Garner was put in an illegal chokehold by a NYPD officer on July 17 after police responded to a call that he was allegedly selling loose cigarettes. Witnesses say Garner had broken up a fight earlier. He is seen on camera repeatedly saying, “I didn’t do nothing.” He also said 11 times, “I can’t breath.” Garner suffered from a heart attack during the chokehold and died en route to the hospital. In a video captured by an eyewitness, Garner is nonrespondent and police are not seen performing CPR. NYPD trainees are certified in CPR at the academy. There is no requirement for recertification after the initial certificate has expired in two years. No arrests have been made in the homicide.

Brown, an unarmed, 18-year-old African-American, was killed August 9 by a police officer, Darren Wilson, in Ferguson, Missouri. Brown would have started college on August 25.

In Staten Island, all but one shop along Bay Street, where the march took place, was closed with steel doors down. The march ended at a stage where Sharpton was surrounded by Brown’s mother and Garner’s family, including his mother, daughters, cousin and grandmother. All expressed gratitude and appreciation for the thousands who marched in support.

In his speech, Sharpton said:

I am for the police. I am not against them. . . . Most of them are good cops just trying to do their job. The media wants us out here acting like animals. . . . Don’t piss on my party.

Many protesters applauded Sharpton, but not all were in support of his speech. One man relentlessly called Sharpton a fraud. Sharpton then left the event early after his speech.

According to Michael Tracey, an independent journalist:

It was particularly galling that in his address Al Sharpton would declare “don’t piss on my party” – as if the whole thing was about glorifying him. Frankly, one would have been forgiven for getting that very impression on Saturday. It’s a travesty that the real grievances of the black community of northwestern Staten Island are being tainted by the huckster Sharpton, a former FBI informant who worked at the behest of then-US attorney Rudy Giuliani to rat out black leaders.

Below are photos of the action. All photos by the author. 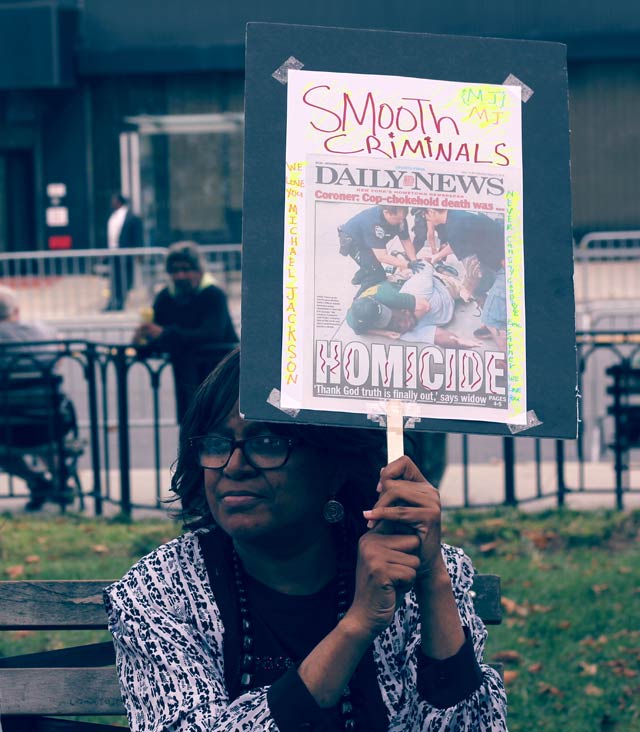 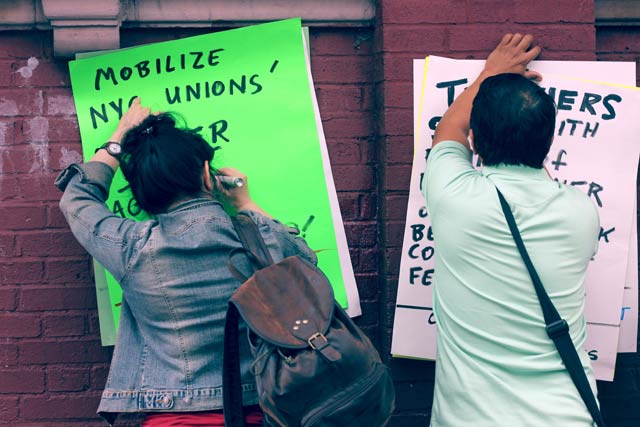 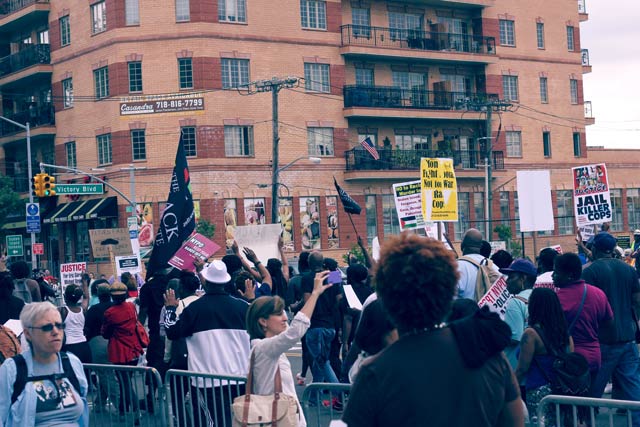 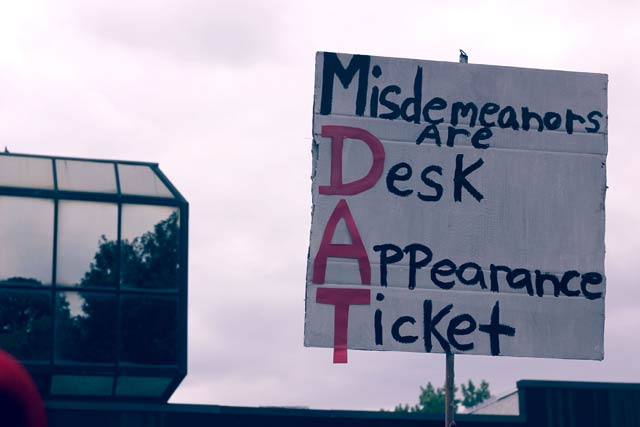 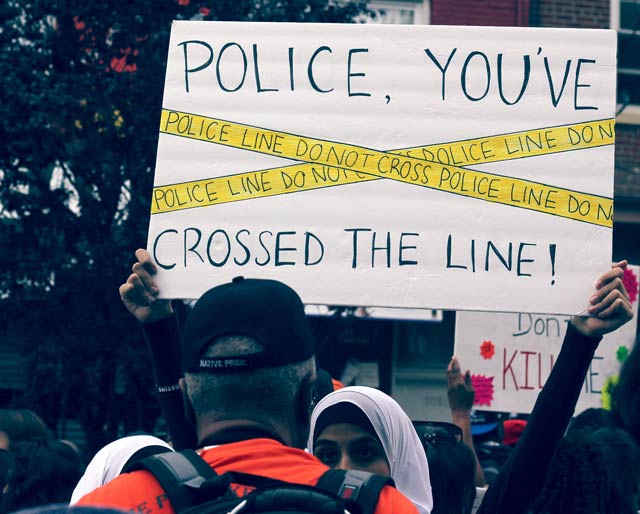 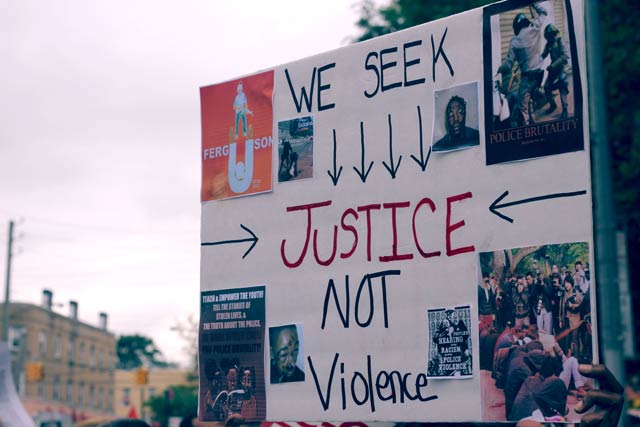 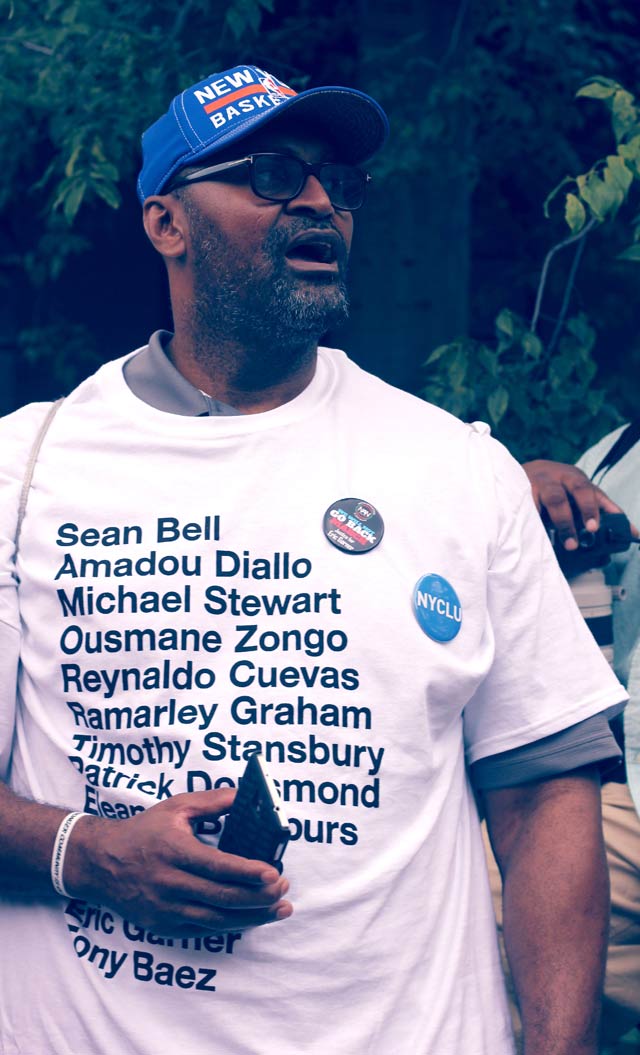 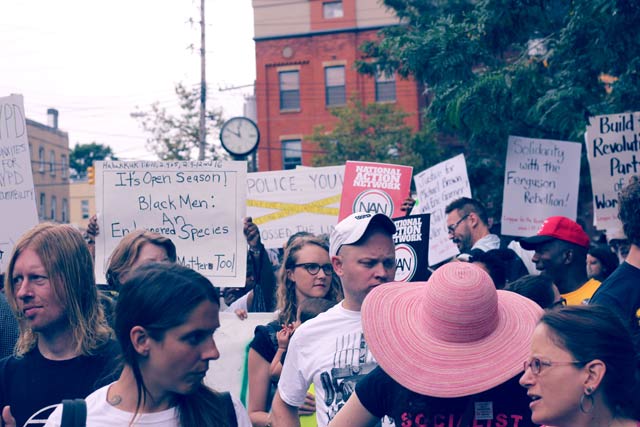 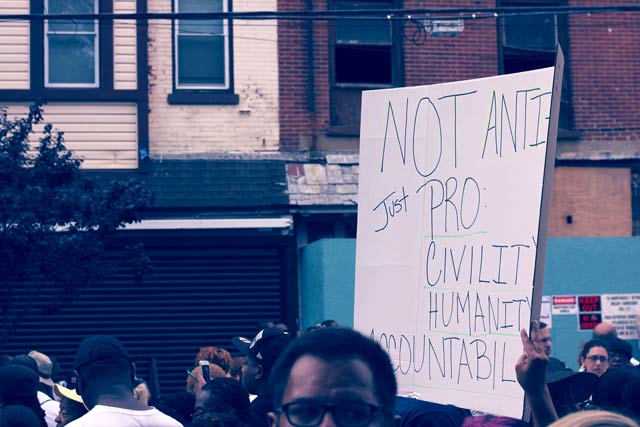 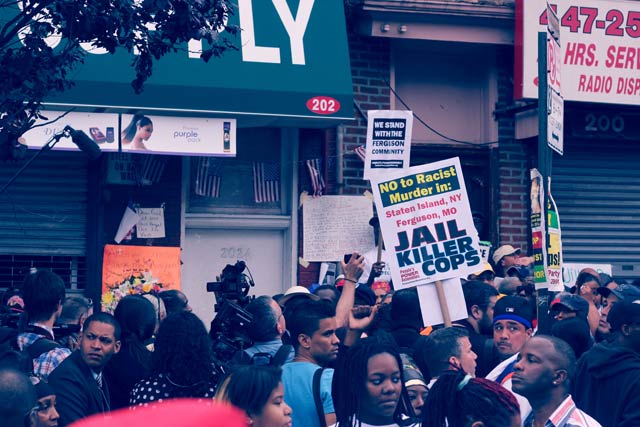 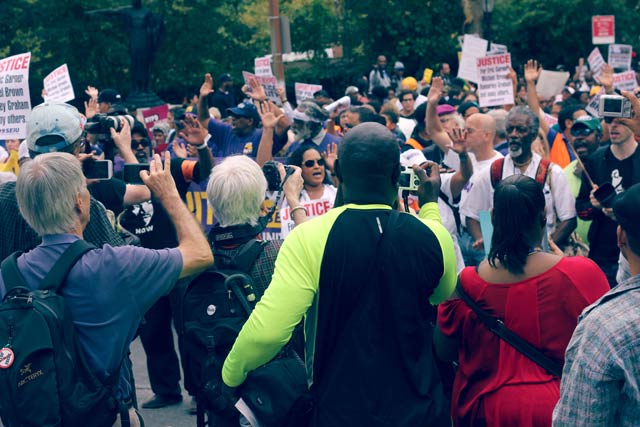 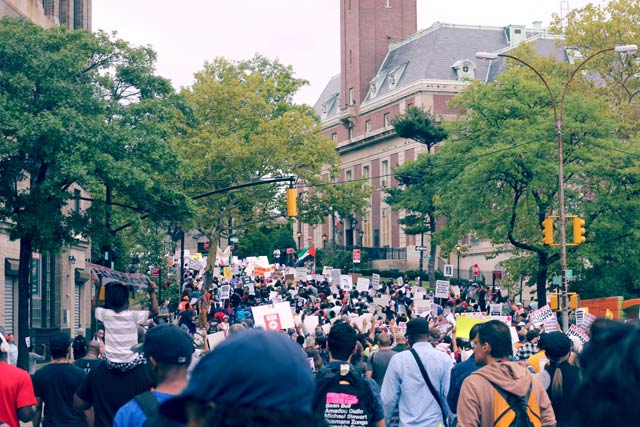 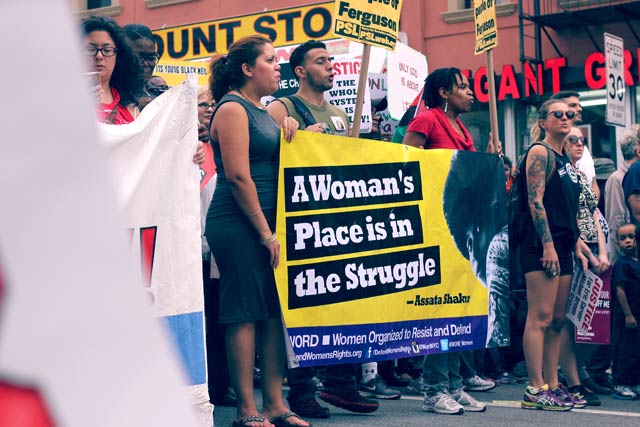 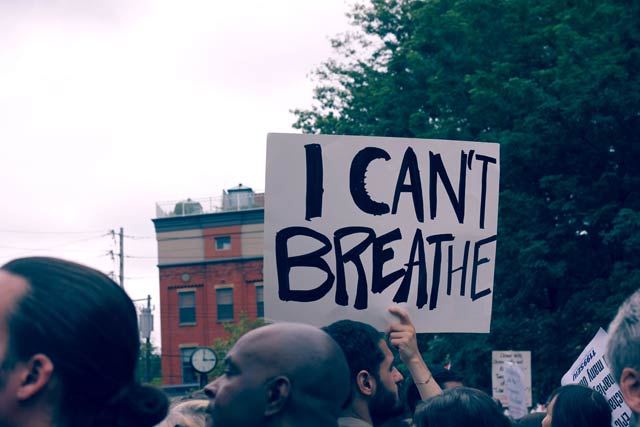 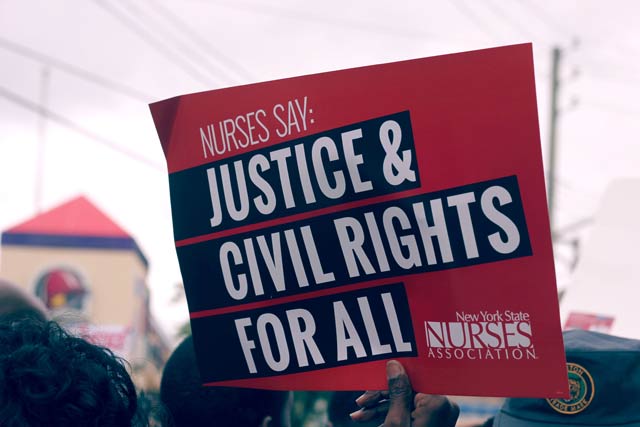 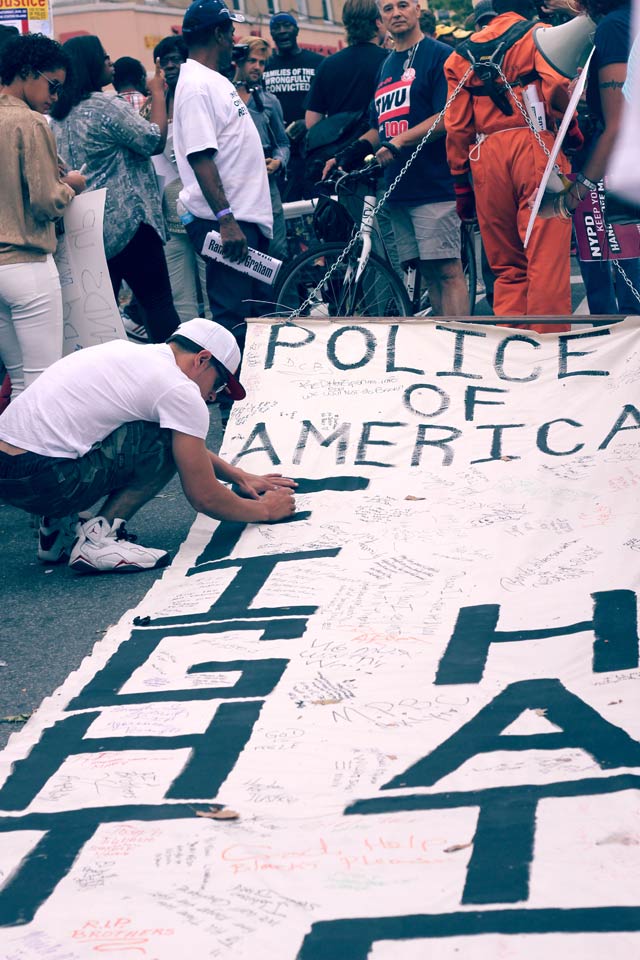 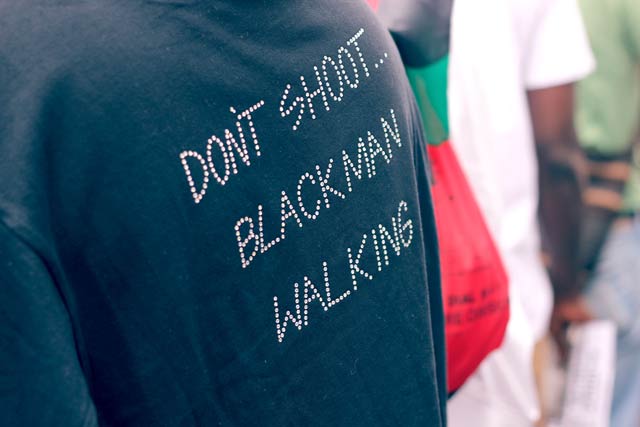 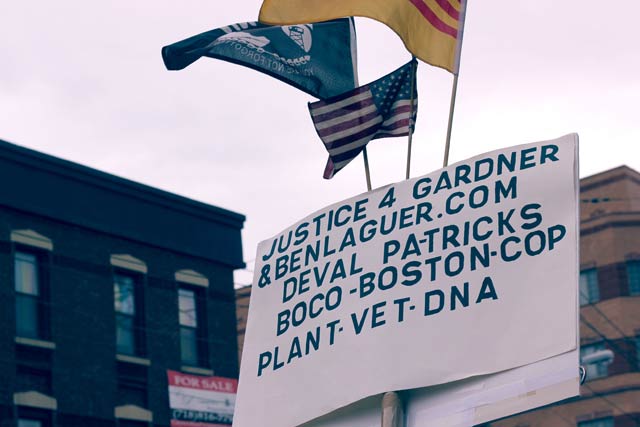 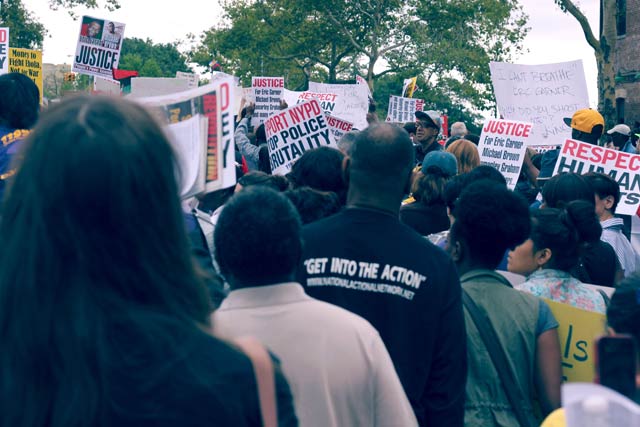 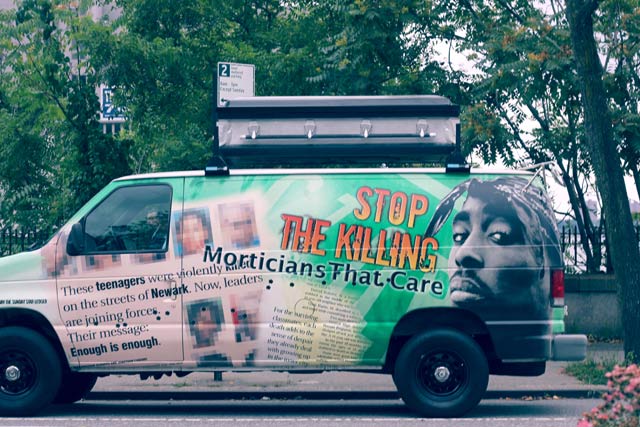 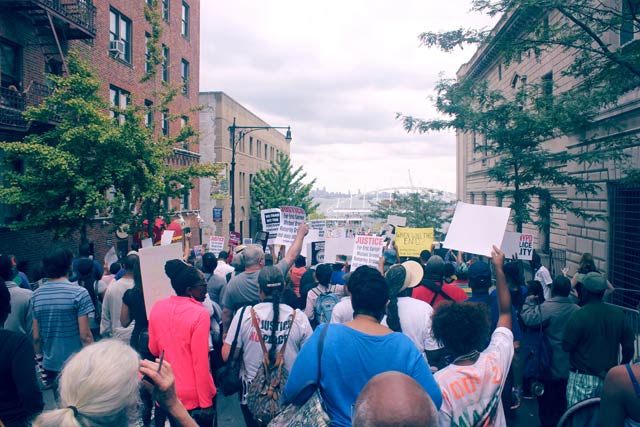 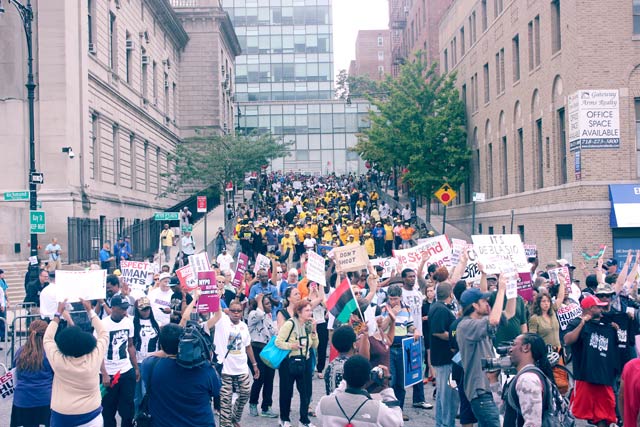 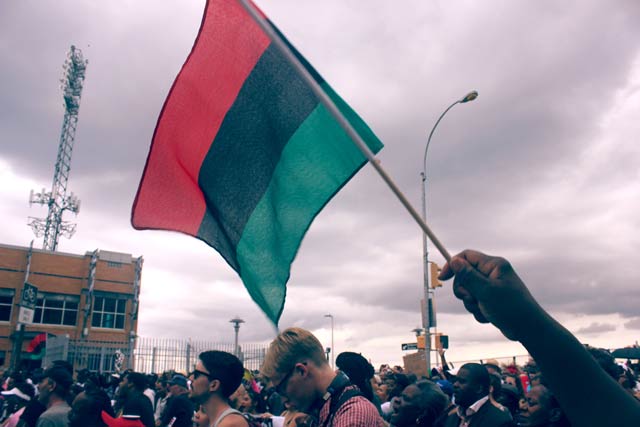 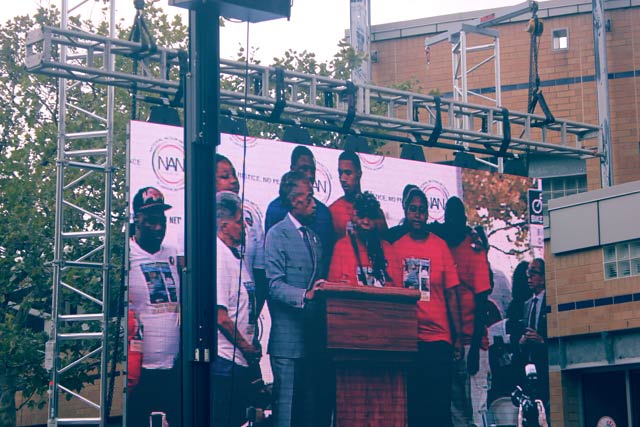 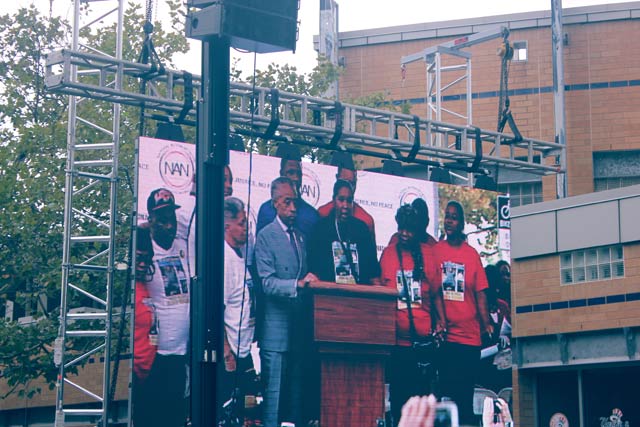 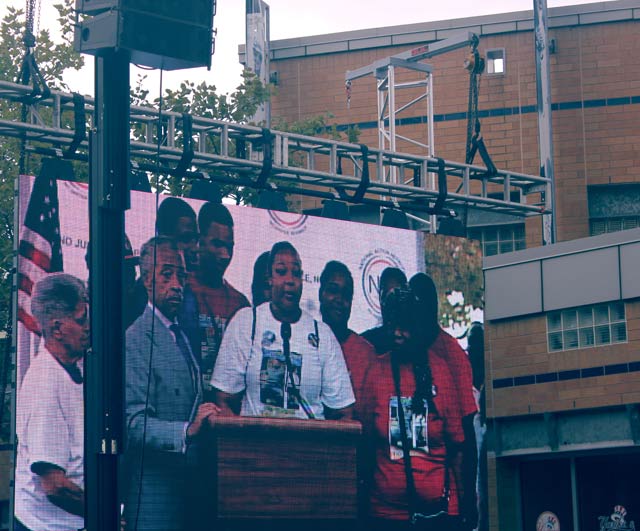 Share
Copyright, Truthout. May not be reprinted without permission.
Palina Prasasouk