Today in Havana, Mariela Castro Espin, director of the national center for sexual education and daughter of the president of Cuba, gave us a truly enlightened talk and question-and-answer session on LGBT rights, sex education, pornography (and why young people should avoid it if they want to have good sex) — plus her view of what the Cuban government is doing and should be doing on these issues. She advocates equal rights for same-sex couples and a ban on discrimination, for example. 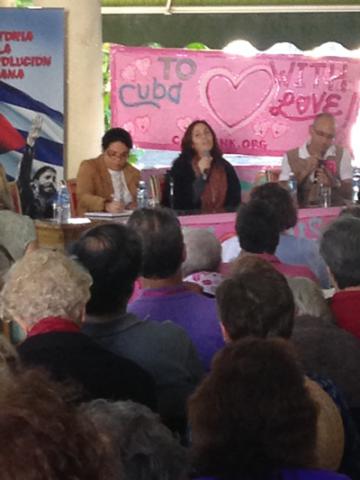 In other unusual Cuban phenomena, the U.S. government is allowing tourists to bring home $100 worth of rum and cigars. And the U.S. State Department is working on a forthcoming list of products that Cubans can export to the United States. The list will not include numerous life-saving medicines currently unavailable in the United States, and not apparently because the U.S. government believes rum and cigars are better for its people than life-saving medicines. No, the reason is bizarre yet predictable. Stop and guess for a minute before reading on. 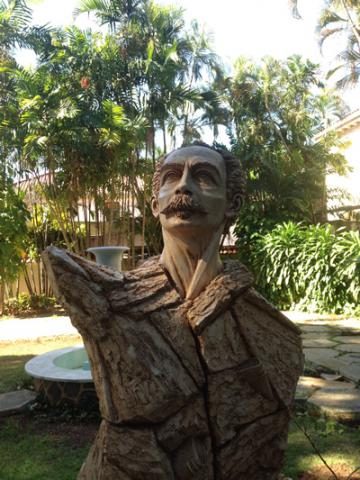 The list of products that can be exported from Cuba for sale in the United States (from the point of view of the U.S. government) will include only products from private enterprise, nothing created by state-owned enterprises in Cuba.

In other words, this “opening” is a new tool intended to advance Cuban privatization whether Cubans want it or not — a tool that may have some beneficial side effects, but not a tool designed to advance any relationship of friendship or respect. If U.S. Cuban relations are improved by this move (assuming the Cuban government agrees to it) it will be by accident.

Falling further down the Cuban rabbit hole, I’ve been thinking, talking, and reading about the status of Guantanamo. The United States took the Guantanamo site, and the Isle of Pines (now called Isle of Youth) by force. The 1903 Treaty of Relations was imposed at gun-point and in some ways superseded by the 1934 Treaty of Relations. That 1934 treaty, in important regard, simply reaffirmed the 1903 treaty:

“Until the two contracting parties agree to the modification or abrogation of the stipulations of the agreement in regard to the lease to the United States of America of lands in Cuba for coaling and naval stations signed by the President of the Republic of Cuba on February 16, 1903, and by the President of the United States of America on the 23d day of the same month and year, the stipulations of that agreement with regard to the naval station of Guantanamo shall continue in effect. The supplementary agreement in regard to naval or coaling stations signed between the two Governments on July 2, 1903, also shall continue in effect in the same form and on the same conditions with respect to the naval station at Guantanamo. So long as the United States of America shall not abandon the said naval station of Guantanamo or the two Governments shall not agree to a modification of its present limits, the station shall continue to have the territorial area that it now has, with the limits that it has on the date of the signature of the present Treaty.” 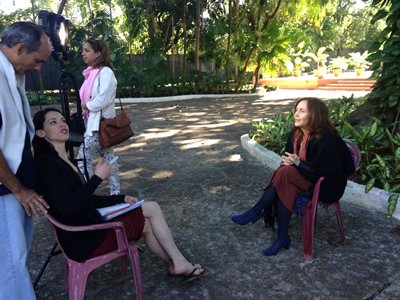 The 1934 treaty fails to legitimate the 1903 documents or the Platt Amendment of the same period, which was imposed on Cuba by force and remained in the Cuban Constitution until 1940. That amendment gave the United States the right “to intervene for the preservation of Cuban independence, the maintenance of a government adequate for the protection of life, property, and individual liberty.” This, by 1929, had been rendered illegal by the Kellogg-Briand Pact in which the United States, Cuba, and many other nations committed to settling their disputes without the use of force — force, of course, being what “intervene” referred to and meant in practice. In the decades between 1903 and 1934 the United States did in fact intervene by force repeatedly in Cuba. The Cuban government of 1934 was no more legitimate than the government of 1903.

The argument of the U.S. government for its claim to Guantanamo really does not amount to anything. It amounts to the existence of an illegitimate treaty with an illegitimate government that no longer exists. The current government has refused to cash the rent checks the U.S. sends it. Sometimes the U.S. case is prettied up by claims that the “lease” is due to expire some day. It isn’t. Not in anything written. The crime of stealing Guantanamo, like the Isle of Pines or Vieques or the Panama Canal or the closed bases in Ecuador or the Philippines is what is due to expire some day. 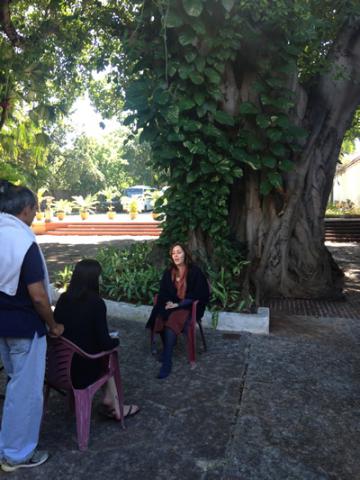 Seeking to change Cuba is openly the policy of the U.S. government, and from the Cuban point of view it amounts to an effort to overthrow the Cuban government. The United States spends $20 million a year through USAID and other agencies to fund activism and “education” or “communications” in Cuba aimed at reshaping Cuba in the image the United States desires. Much of this is done subversively, such as the recently exposed effort to create a Twitter-like tool that would propagandize Cubans without revealing its source.

The U.S. justification for this behavior is that Cuba falls short in the area of human rights. Of course, Cuba says the same of the U.S. based on a broader understanding of human rights. But were Cuba to fund activist groups in the United States those groups would be violating U.S. law due to Cuba’s ridiculous presence on the U.S. government’s terrorist list. And if the U.S. government were to try to honestly justify punishment of Cuba as a human rights violator alongside the absence of punishment of Saudi Arabia, Egypt, and so many other human rights violators, the argument would have to be spoken by Alice’s Queen of Hearts.