Bellingham and Tacoma, Washington – Grassroots people and political activists occupy parks in Bellingham and Tacoma, Washington, to support the New York City demonstration, Occupy Wall Street. Occupiers erect and live in tent camps to protest economic inequality and its impact on working people, students, the poor and the young, calling it a protest by the 99 percent of the people who are exploited by a system that only benefits the top 1 percent.

In Bellingtham, Steve Riley sets up his tent, while Mirami McAuliffe sits in the door of hers. Meanwhile, Kieth Morris gets something to eat in the camp kitchen. 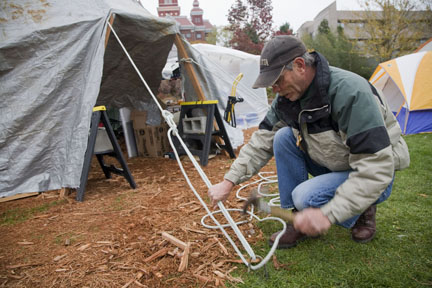 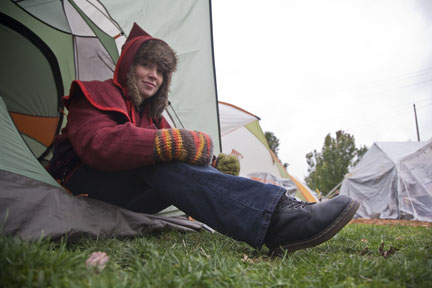 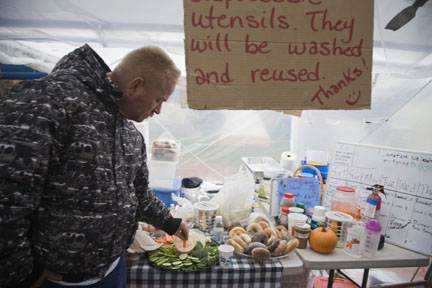 In the communications tent in Tacoma, occupiers record a video and post it on the camp's web page. Tom Thompson smokes a cigarette as he wakes up. 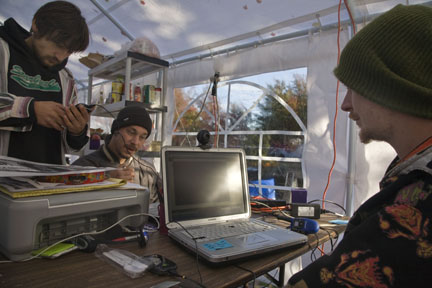 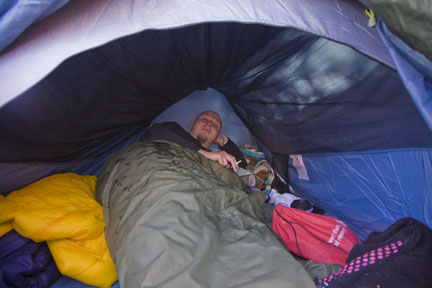 While cars stop at the intersection at the foot of the freeway off-ramp next to the camp, occupiers perform street theater, holding signs and wearing the Guy Fawkes masks made famous in the movie “V for Vendetta.” 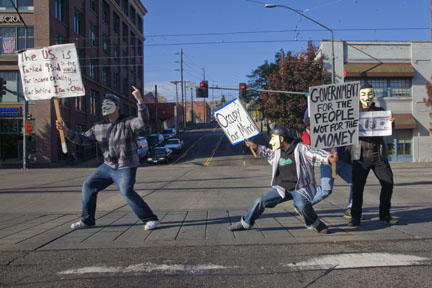 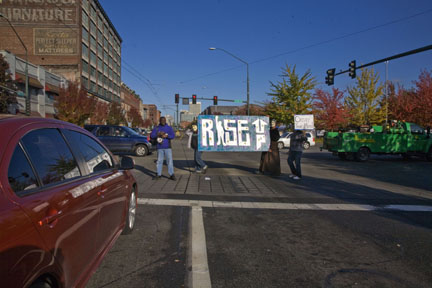 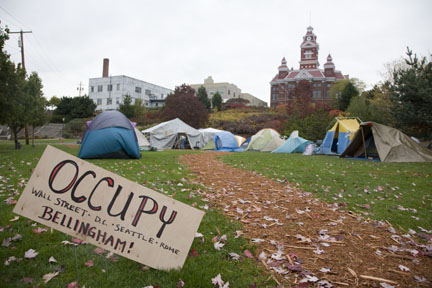 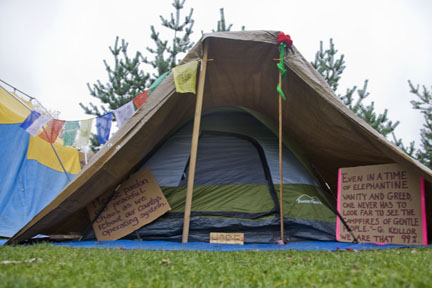 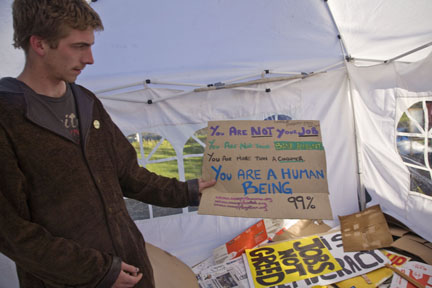