The project, which is set to break ground next year, will include places for residents to live, garden, worship and work.

In Austin, Texas, a project to offer affordable housing to some 200 chronically homeless citizens is on the move. Community First! Village, which has been in the planning stages for nearly 10 years, is set to soon break ground on a 27-acre property sprinkled with tiny houses, mobile homes, teepees, refurbished RVs, a three-acre community garden, a chapel, a medical facility, a workshop, a bed and breakfast, and an Alamo Drafthouse outdoor movie theater.

Supporter Alan Graham, of Mobile Loaves and Fishes, notes that the price of not housing these folks costs taxpayers about $10 million a year, not to mention the emotional and psychological tolls on the homeless themselves.

Graham says that, for the most part, local residents seem to be in favor of the project. “We haven’t converted everybody,” he says, “but when people come out here they go, ‘Oh!’ They see a chapel, they see medical and vocational services on site, and they learn that residents will not live there for free. They’ll pay a monthly rent.” 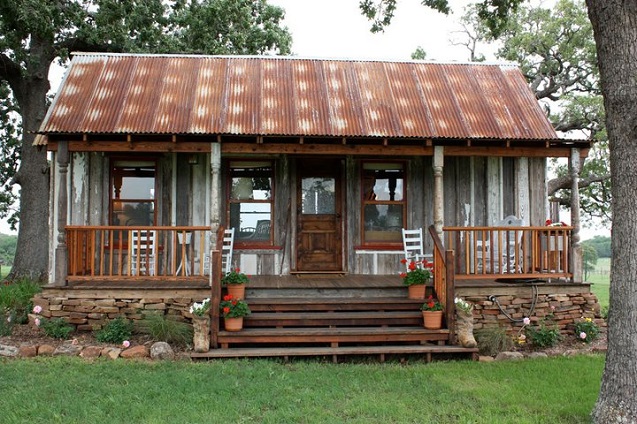 Graham has been working with the homeless in his community for more than 14 years and cites broken families as the leading cause of homelessness. With Mobile Loaves and Fishes, Graham has not only helped feed the homeless all these years, but he has helped transition them into homes and jobs as well.

And he has given them hope. Graham views Community First! as the next step in that mission and the next step toward solving homelessness in the U.S.

As the local NPR station (KUT) reports, Alamo Drafthouse’s founder Tim League is another outspoken cheerleader for Community First! Village. In fact, he calls it “the very first ‘Yes, in my backyard’ project.”