© 2022 Truthout
Op-Ed
|
Economy & Labor
The Wind Kicks Up… and the Wind Kicks Down: Appreciating Life and Going With Infinity

It’s a probability of less than one in seven billion that you are here, alive on Earth.

So, don’t blow it! While you have life, it can be about enjoying good health while appreciating all life and humanity. If not, it is to diminish yourself and waste the full cosmic experience you are receiving.

Until relatively recently, in our earlier days as a species, there was universal acceptance and reverence for our living surroundings as well as the inanimate but spiritual workings of nature. Or at least it was a prevailing consensus. Now a realization has come to all but the deliberately blind: we have disturbed nature and disrupted our formerly more benign, predictable climate. Even before this incipient nightmare clearly descended upon us, it was ascertained that we were toying with our own existence and taking countless other species to extinction.

We have functioning societies and the wondrous phenomenon of civilization. Yet the worsening conditions for most humans and their non-human victims are traced easily to a commonplace refusal to change our recent industrialized, polluting ways. This disability is in the face of mounting evidence that we must react quickly and reasonably, as never before. We have run out of slack.

Yet the impressive and powerful uses of technology give hope, so much that for many it is the only apparent salvation. This is analogous to a heroin addict’s firm belief that a supreme rush or high is around the corner, if only supply and processing can be secure. For there is a difference between recognizing the power and usefulness of plants, and abusing refined substances while choosing to be blind to the consequences.

In the face of wars, environmental destruction, and diminishing health afflicting moderns more than primitives, it is obvious that the dominant culture’s system is not working sensibly, and is out of control. It works only in the short term for the few. Those defiantly embracing greed and isolation, in disregard to the common good, have been widely characterized as having the value system of “the 1%.” Yet, if the other 99% only want to redistribute material wealth, the Earth’s biosphere continues its downward spiral possibility to oblivion. The weight of the number of modern humans and their habits grows only heavier. Social justice must not be only an end in itself, as strange as that sounds. For taking that lone approach may ignore a sociopathic structure. Division as a way of life has deeper roots than just the greed of some members of society.

Overturning the existing order by substituting a regime from the same culture is yesterday’s failed strategy. Certainly it has failed to bring about widespread peace. Bringing about lasting peace would require a radical or revolutionary critique of society: with an Earth-centered and cosmic, ancient consciousness. It is present and evolving, but rare. How can this ongoing but slow change in our deep cultural foundation spread as quickly as we need it to?

This has been the concern and task of many, including philosophers, artists and activists — even scientists. Despite so many contributions and efforts toward this goal, it seems overall to be unachievable for the present and foreseeable future. It is helpful and on-target to dream of a better world for all while attempting to reverse the massive overshoot of exploiting our environment and its resources. But seen from outer space perhaps, the dream and our efforts to date are not making much headway.

The purpose of all who appreciate living, and the purpose of those who might awaken to their own luck at their unlikely personal existence, is to find their highest, appropriate role. Instead of only getting through the day, the week and the month, we can also look to longer-term survival and support reasonable efforts to improve our common lot. More of us have to get on board. We cannot keep being isolated consumers following the mass media’s set of accepted mediocre ethics and the materialist, self-defeating lifestyle.

How bad do things have to get for each and every one of us, whether at this moment or looking down our present road, before we get together and act as we truly can in our collective interests? “The road to hell is paved.”

Cooperation and mutual aid got humanity to this point in our long evolution. Our worsening problems and proliferating crises tell us we must now turn away from short-sighted self-interest and the false promises of the status quo. There is no time to waste in meaninglessness and oppressing other people and species. Sharing the Earth is possible and infinitely more desirable, if finding much more love and true security together are acknowledged as our main needs.

The results are in: the dominant culture and drivers of Western Civilization are formidable foes of and obstacles to positive change. Many of the players are far gone in terms of ability to offer goodwill and appreciate all life. Indeed, they contribute insanely to nothing but their well-armed order over the mass insane asylum. Looking at the results to date and discernible trends, it is run mostly by insecure megalomaniacs lacking feeling and compassion. One’s trying to run and hide or be a “survivalist” ultimately fails — for the collective which is every one of us.

Community and Love Are Most Powerful

In the face of the failed corporate-state model, alternatives past, present and theoretical will be adopted through relentless community-building and organizing. This positive process involves a return to our simpler evolutionary ways as an intimate part of a harmonious natural world. It can be accelerated now. Action takes many forms, ranging from quiet examples by individuals to movements that use all tools of communication, spiritual appeals, resistance and self-defense and more, for peace as one people.

The answer for a timely response — during “time of useful consciousness” (TUC, as in a pilot’s or diver’s quickly diminishing oxygen and mounting pressure) — may continue to elude us as destructive trends do not quickly turn around. It is unclear whether we will make it. Trying to spread the word, in all ways, is perhaps all that can be done.

But consider these images below as portraying the supreme role of nature for understanding our fears as well as our opportunities and benefits. When John Lennon sang “This could only happen to me” he was referring to finding love, but the sentiment can apply to everyone and all life forms as a recognition of our infinitesimal, amazing unlikelihood of being alive in the first place. So make the most of it by reveling in the glory of living, just as the bird flaps its amazing wings with purpose over the canyon, as part of the whole near and far. 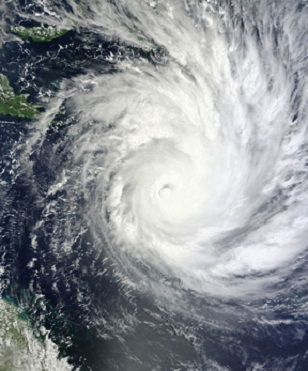 and the wind kicks down, man!

Do we really need such things as petroleum plastics and internal combustion engines, by the millions and millions? The claim by and for the individual may be yes, but is it a right? What about a livable future?

A good many insecure, disturbed people pursue their self interest with a vengeance. They have been numerous enough and effective enough to influence history.

If such people continue to operate out of control and unopposed, we should face the possibility that the Nazi death camps were nothing but a preview of what can happen — not by the Germans again, but by whomever has decided to emulate them with a police state. 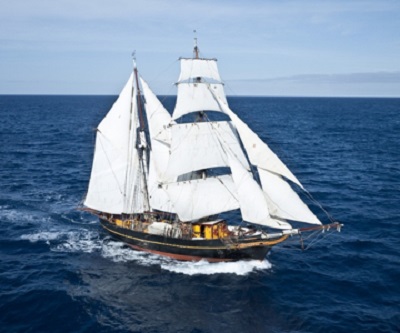 The Tres Hombres. (Photo courtesy of the Tres Hombres crew)“Why be so negative,” you may ask. Well: Dishonesty and cruelty were the basis of seizure of land, enshrined in our civilization. These traits and roles persist to this day. It’s all part of the dominant paradigm. People should know what they’re up against and what must and will be overcome. We can do better than achieve false peace that puts off the day of reckoning and the creation of decentralized, free community. Enjoy the calm before the storm. Remember that after every storm there is peace and beauty.

All the best to one and all for a meaningful, compassionate and creative 2014. As Crosby, Stills, Nash and Young sang so well, “Everybody I love you!”

Jan Lundberg is a former oil industry price-and-supply analyst for what was known in the 1970s and ’80s as ‘the bible of the oil industry,’ the Lundberg Letter. He later founded the nonprofit Culture Change and the Sail Transport Network.

Truthout
Share
It is obvious that the dominant culture's system is not working sensibly and is out of control.
Prisons & Policing