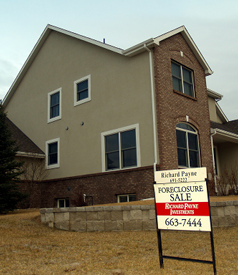 Local and state finances receive very little national attention. During the most recent economic crisis, local government finances have taken an epic battering. The situation in California has received some attention, although less than it deserves. The terrible toll of past policy and present economic weakness has not been drawn out into the light of debate. This short article seeks to start the conversation for three reasons. First, the financial condition in our 50 states, 3,000 counties and 36,000 municipalities is severe. Second, state and local governments employ almost 10 percent of the US population and have been firing folks at a brisk clip. Third, contraction in state and local government hiring, spending and service provision threatens to lower economic growth, reduce quality of life and increase inequality of income and opportunity. We are early into a decentralized, local austerity program similar to events in the eurozone.

How Bad Is It?

Bad. The states are in serious difficulty. As the recession began in late 2007, states were already spending at a fairly high clip and taxing at relatively low rate levels. As recession took hold, demands for state services – direct and through aid to localities – increased sharply. States rely heavily on income and sales taxes. Consumption fell, employment fell and wages were stagnant to down.

This reduced all the major sources of revenue. US states continue to face record demands for services, pension costs and health care costs. States have unfunded health and pension liability claims that run many hundreds of billions of dollars. Revenues are significantly down from 2007 levels. From 2003 to 2007, states were beneficiaries of revenues from booming construction, housing markets and retail spending. Housing has been in the worst recession in living memory and the average house price is down more than 25 percent since 2006. Declining personal income tax receipts, falling corporate income tax receipts and declines in sales tax have created one of the largest declines in income to US states in modern history.

2010 is shaping up to be a better revenue year than 2009. However, there will be widespread and long-term deficits in most states. States face over $110 billion in budget shortfalls in 2011. Many states have been getting by through a combination of federal assistance and issuing federally subsidized bonds – Build America Bonds. These two short-term measures will be trailing off in 2011.

Localities rely on state assistance for nearly one in every three dollars they spend. Localities depend heavily on property taxes for the balance of their income, and, in some cases, sales taxes. The massive decline in property values in the US over the last few years will begin to put pressure on already stretched local and municipal budgets. It takes several years for falling property prices to show up in declining revenue to localities. Property is reassessed only every few years. Aid to states in dire financial health will be in decline as federal stimulus to states will trail off this year.

Local areas spend more than half their budgets on education and social services. These budgets are under significant and growing pressures. Like states, most municipalities have a fiscal year that ends in June and begins in July. Look for battles over wages, benefits and employment levels to heat up this spring. Massive pressure to lower costs and employment at the state and local level is already being exerted and is likely to grow more intense soon.

According to research from the Congressional Budget Office (CBO), local governments have cut their spending by 2 percent and reduced their workforces by 241,000 since the start of this recession.[1] Bureau of Labor Statistics (BLS) data shows that states have reduced their payrolls by 166,000 between November of 2009 and November 2010.[2] There is every indication that these trends will continue at the state and local level and are likely to become more dramatic.

As payrolls are cut we should expect less service provision, despite the continued high demand for services. This is a recipe for stresses for public educational institutions, law enforcement, colleges, universities, infrastructure, and many other services. The reductions in spending and employment at the state and local levels will reduce economic growth. Reduced growth is likely to acutely affect lower income populations. Cuts in progressive and graduate federal income tax, estate taxes and capital gains taxes reduce the tax burden on the most affluent. Rising local property taxes, rising sales taxes and declining services at the state and local level are regressive. Taxes that land hard on lower and middle income households will rise and services to these households will fall.

The most recent tax bill reduces the income tax levels on more affluent Americans. This reduction is likely to hurt localities. How? Municipal bond markets are how localities and local authorities – schools, utilities, water facilities – raise money for projects. They sell bonds – called municipal securities – to raise money. The income from these bonds is usually tax exempt. The higher the investor’s tax rate, the more appealing municipal bonds usually are. Cutting the tax rate on higher-income earners lowers the appeal of municipal bonds. Additionally, there is growing worry that we are likely to see rising defaults or attempts to renegotiate debts from municipalities over the next six to 12 months. Thus, our recent tax cut will further complicate the present difficulties in the municipal bond market. A federal program – part of the stimulus – has been subsidizing the interest cost of local bond issuers. This is set to expire after 2011.

There is every reason to believe that states and localities will continue to reduce spending and employment. This belt-tightening will mean fewer and more stressed budgets and remaining personnel left to deal with historically high levels of need. Education and basic social services are likely to suffer the lion’s share of pain. This bodes very poorly for equality of opportunity. At-risk communities are already suffering from weak labor markets, low wages and the end of unemployment benefits. To this struggle we will add a shrinking pool of opportunity for secure jobs with high benefits in state and local employment. We are likely to see public sector unions weakened. There is a great coming fight about public sector pension benefits. Beginning in February and March, there will be several rounds of contentious and dramatic suggestions of social spending cuts as Congress is required to debate and vote on raising the national debt ceiling.

We now run the risk that 2010 closes with tax cuts heavily beneficial to the most affluent Americans and 2011 begins with service, education and employment cuts that will fall hard on the least affluent.