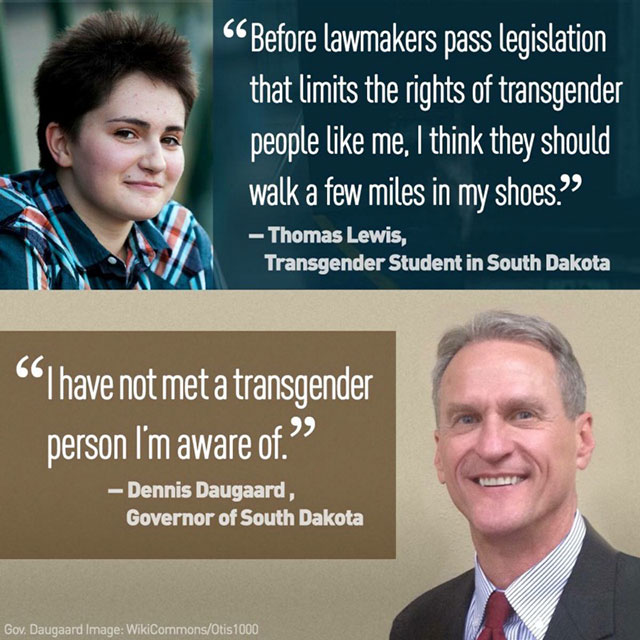 That was the first piece of advice I was given a few years ago when exploring public education around a potential legal case that involved trans people’s access to bathrooms. “It will make people think the worst about trans people,” I was told. “That we have to pee?” I responded. Silence.

The implication was clear —  it will make people think about your strange and freakish bodies so we must not talk about your existence in human terms. It is safest instead to speak in abstractions —  justice, equality, fairness. Those abstractions, of course, did nothing to empower our communities to embrace our lives, bodies and stories. We spent years making invisible the truth of our existence and the cost has been dire.

By forcing the beauty of trans people out of our public consciousness, mechanisms of death and violence have taken hold in such predictable and tragic ways.

Yesterday, the Washington Post reported on a lawsuit filed by a mother who lost her 14-year-old son, Kyler, to suicide after hospital staff insisted on dehumanizing him during a brief inpatient admission. Hospitalized for anxiety and depression, the Post reports, staff at the hospital refused to recognize Kyler as the boy he was because he had been assigned female at birth. The lawsuit alleges that staff at the hospital said to Kyler, “Honey, I would call you a ‘he,’ but you’re such a pretty girl.” A cruel and insidious erasure that too many trans people have come to expect. And now, a mother mourns the loss of her teenage son. And we all mourn the loss of a beautiful person gone too soon.

These deaths by suicide in our community are relentless and painful each time. At least 41% of trans people attempt suicide in our lives —  no doubt a product of living in a world where politicians file lawsuits alleging that treating our health needs amounts to “material cooperation with evil” and that our core truths are mere “delusions.” Then those same government actors manipulate that statistic to claim that our heightened risk of death makes us too unstable to warrant legal protection. The message is clear —  your life is threatening, your death expected.

In a recent article by Diana Tourjee in Vice recounting the brutal murder of yet another transgender woman, she quotes a reflection from philosopher Judith Butler explaining the extreme and heinous nature of so many trans murders. Butler explains of the man who murders his trans lover so violently, “Perhaps he is rebuilding his gender as he continues to try to take apart and efface that trans woman who never deserved to die. He is seeking as well to establish a world in which no one like her exists.”

Navigating survival within this framework means not only struggling against the pain of the world rejecting your truth but also confronting the violence of others and the state who fear and reject you. At least 21 transgender people have been murdered this year —  most of them transgender women of color. Those are just the murders we know of and only account for the violence perpetrated by individuals not the death caused by the systemic violence so many trans people —  particularly Black trans women and femmes —  fight against. Not the death from inadequate health care and a life of being policed and surveilled. Not the death from homelessness and poverty. Not the death from detention and incarceration.

Even if the larger public does not worry about or account for our deaths, the trans community holds these losses. We bring life to the people who are no longer with us and the truth of our beauty will no longer go unspoken.

As we mourn fourteen year-old Kyler, luminous trans leader Cheryl Courtney-Evans, the community members we have lost to prison violence like Stacy Naber, the community members we have lost to murder, we celebrate their brilliant and beautiful lives. We tell their stories and name their names. We write about how Dee Whigham not only died a senseless and cruel death but lived a life of love and support.

It may be that the much of the public sees us either as deviant freaks or tragic victims but I have found that so often we see ourselves in such nuanced, beautiful and powerful ways. I have had the privilege of facing down so much of my own darkness to find so much light and strength among my trans siblings, elders and children. Last week I spent some time in Los Angeles and visited an exhibition at the Annenberg Space for Photography that featured a portrait series of 40 transgender and non-binary individuals by Timothy Greenfield-Sanders as part of his exhibition IDENTITY: Timothy Greenfield-Sanders The List Portraits. It was breathtaking to behold the brilliance, power and beauty of my community.

It is no doubt easy for me to embrace my transness as I am cloaked with the systemic protection that comes with whiteness, formal education, masculinity, access in all its forms. So it is a distinct privilege to know that I truly would not trade being trans for anything in the world. I am so humbled to be part of such a transformative, resilient, grief-stricken, love-wielding community.

As we navigate the terrain of violence and confusion, attacks on our being and our soul, I hope that people start to understand that we are so much more than where or how we use a restroom. These conversations about restrooms are really about a fear about the idea of how our bodies are constituted and what that means.

For now it means that too many of us are killed. But to me it also means that we are so beautiful and so fabulous and so ready to take on the fight for our existence. 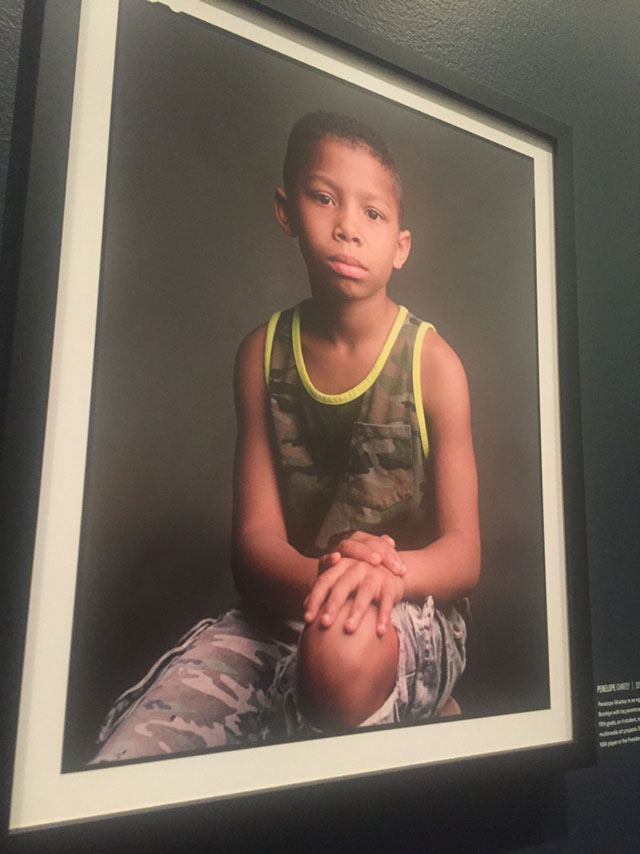