After 10 years of this remote-control killing, the Obama administration should seek effective solutions that adhere to international law.

Senior Obama administration officials say our government is sharply scaling back its drone strikes in Pakistan. That’s a step in the right direction. It would be even better if the entire U.S. program of targeted killings in Pakistan, Yemen, and Somalia were scrapped.

By embracing drones as a primary foreign policy tool, President Barack Obama has taken on the role of prosecutor, judge, jury, and executioner.

Without declaring a war there, U.S. forces have hit Pakistan with more than 350 drones strikes since 2004. These U.S.-engineered operations have left a death toll of somewhere between 2,500 and 3,500 people, including almost 200 children. 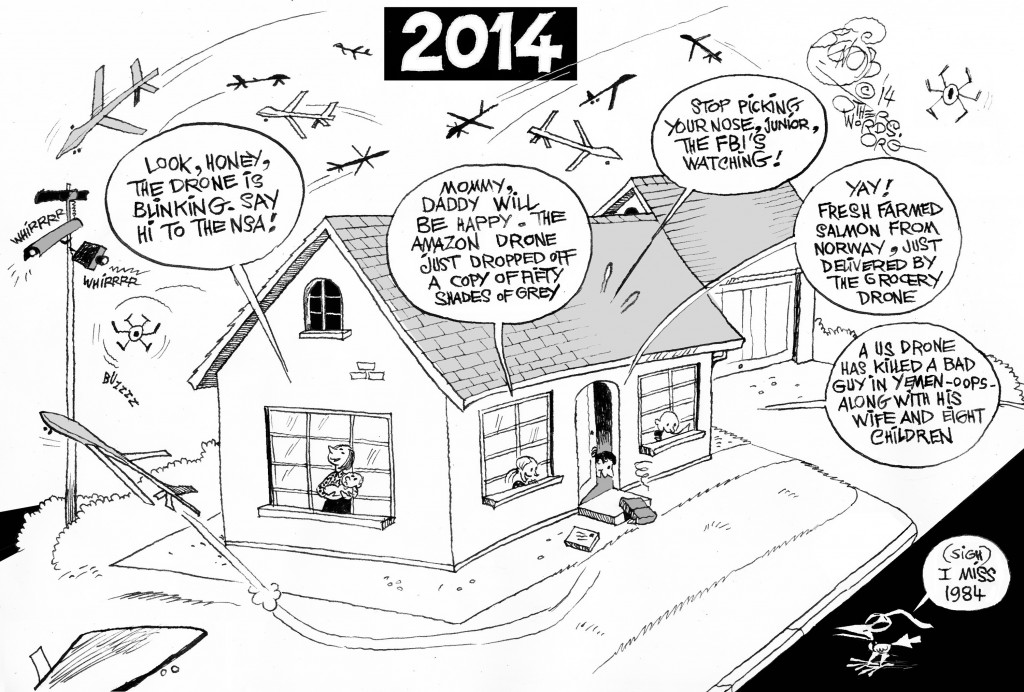 Despite being billed as a weapon of precision, only 2 percent of those killed in these drone strikes have been high-level Taliban or al–Qaeda operatives. Most have been either innocent people or low-level militants.

Simply put, our drones have killed young men with scant ability — or intent — to attack Americans. And drones don’t just kill people, they terrorize entire communities with their constant buzzing and hovering overhead.

A Stanford/NYU Law School study called Living Under Drones shows how the mere presence of drones disrupts community life. Parents grow too afraid to send their children to school or remain in their own homes. They’re afraid — with good reason — to attend community gatherings, or go to weddings or funerals.

“Your government is terrifying 250,000 people in my province to get one or two individuals, who could easily be captured,” a young woman leader named Entisar Ali told me in Yemen during my trip there last year. “In your fight against terrorism, you are terrorizing us.”

By fueling anti-U.S. sentiment, drones also act as a recruiting tool for extremists. In Yemen, when the Obama administration started drone attacks in 2009, there were perhaps 200 people who identified as members of extremist groups. Today, there are over 1,000.

With every drone strike, more and more join the ranks of al-Qaeda to seek revenge. Worldwide, a decade of drone strikes hasn’t wiped out al-Qaeda. In fact, al-Qaeda has grown. It now has a larger presence in Syria and Iraq, as well as in several countries in North and West Africa.

If other states were to claim this broad-based authority to kill people anywhere, anytime, using drones “the result would be chaos,” explained Philip Alston, a former UN Special Rapporteur on Extrajudicial Executions.

Former Director of National Intelligence Dennis Blair has called drones “dangerously seductive” because they make the government feel it has a strategy for combating terrorism yet really only move the focal point from one place to another and guarantee a perpetual state of war.

Finally, drones are dangerous because they are fueling a new arms race. As of today, only the United States, the UK, and Israel have used weaponized drones, but there is already a multi-billion-dollar arms race going on. Israel is the No. 1 drones exporter, followed by the United States and China. Over 80 nations possess some form of drones, mostly for surveillance purposes. Between 10 and 15 nations are working on weaponizing their drones.

Another factor fueling the proliferation of armed drones is a global push to make smaller weapons that can be tailored to fit smaller aircraft. This will make it easier for non-state actors like al-Qaeda to get their hands on these types of weapons.

After 10 years of an unsuccessful policy of remote-control killing, it’s time to seek effective solutions that adhere to international law and promote democratic ideals. These include peace talks, alliance-building, treating terrorists as criminals who are arrested and tried, targeted development aid, and empowering women. The drone wars are making us less safe by simply creating new enemies abroad.

Drones and Gadflies – Framing the Debate on War by Remote Control

Over the previous six months in the Federal Prison Camp at Yankton, South Dakota, I had watched from afar as the discussion on drone warfare emerged from the…