A new analysis of poll data about the Affordable Care Act from 2009 to 2010 finds that public support for health reform may be higher and more consistent than previously thought. The study, published today in the newest issue of Health Affairs, shows that while support often depended on the wording of the question, on average, 57 percent of the public favored the public option, while overall support for the individual mandate averaged at 53 percent.

The study also found that despite the GOP’s best efforts to portray reform as a government takeover, the public showed consistent support for government programs. “When polling questions included phrases that described the public option as insurance, similar to Medicare, or available as an option or choice for consumers, support was higher—often considerably higher.” Even the “idea that the federal government should directly sponsor insurance—a major expansion of the government’s role—received strong support,” the researchers concluded: 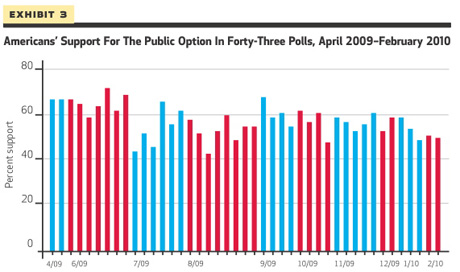 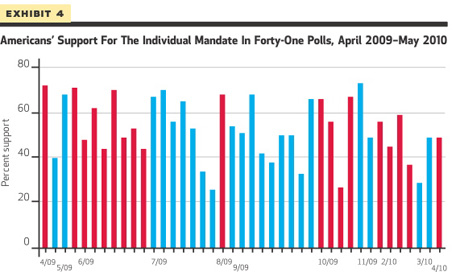 In a phone interview with ThinkProgress Health, David Grande — one of the authors of the study and an assistant professor of medicine at the University of Pennsylvania in Philadelphia — pointed to the GOP’s (false) claim that the Paul Ryan budget protects traditional Medicare for current retirees as an indication of the fact that Republicans have not only poll tested their proposal but also learned from successes and failures of the health reform debate.