Oakland, CA – October 30, 2011 – Grassroots people and political activists create a community of tents, music, children, food and other activity in Frank Ogawa Plaza in front of City Hall, which they've renamed Oscar Grant Plaza. They are preparing to organize a general strike for Wednesday, November 2.

Scott Hopkins is a professor at California State University East Bay, and has slept in the plaza for the past two nights. “I'm always trying to get my students more active, so this is kind of showing them by doing it. And it's also a personal commitment to what we're fighting for.” His union is preparing for a strike as well – by instructors at the CSUEB campus. 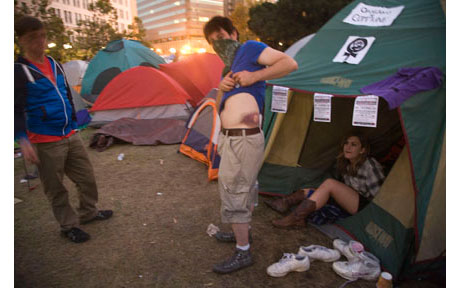 One man shows where he was hit by a rubber bullet by police when they tried to clear the plaza five days earlier. Children live and play in the camp, in an area just for them or among musicians and dancers in the evening. 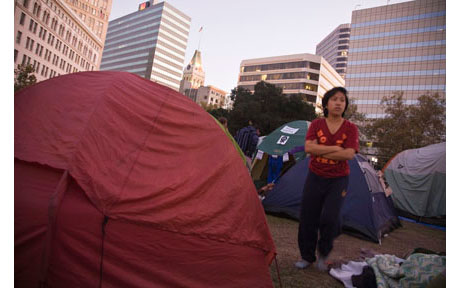 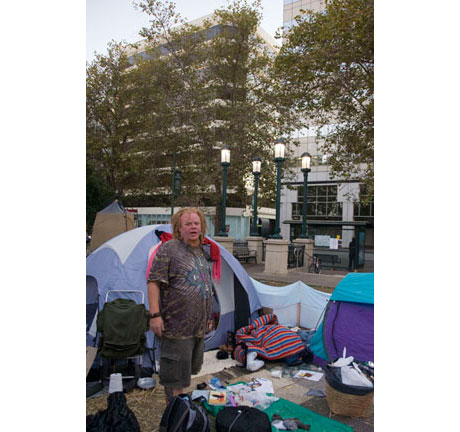 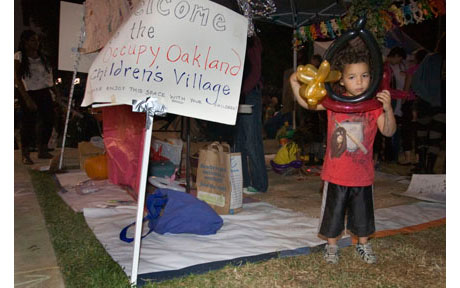 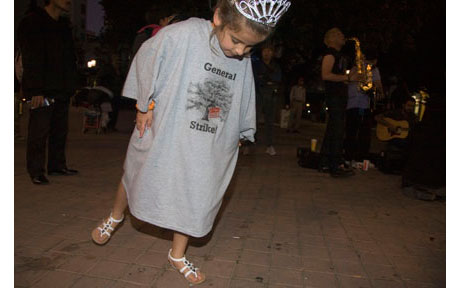 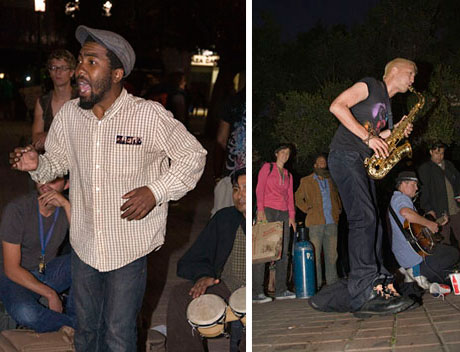 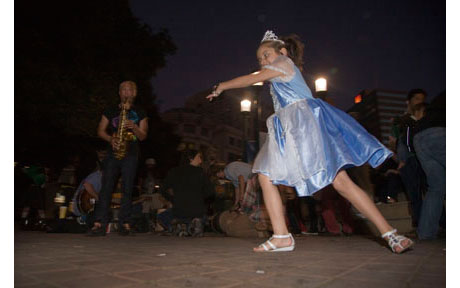