Determined to trump its closest competitor in the ratings game, a local Philadelphia television news station produces an “exclusive” segment that shows surveillance video of a 19-year-old college student exiting a subway station and later being led into a police precinct to be questioned about the slaying of a gang leader.

“SUSPECT NABBED,” read the screaming graphic that popped up on the television screens of channel seven news viewers, moments before the segment concluded.

Hours later, Anthony Perez, who was picked up in a case of mistaken identity and swiftly released by police along with an apology, was found dead behind a university building with a bullet wound to his chest, the suspects believed to be members of the deceased gang leader's posse.

So, who bears the ultimate responsibility for the young man's murder? Although the channel seven news team didn't pull the trigger, Larry Kane believes they certainly provided Perez's killers with the ammunition.

Perez's death and numerous other examples of broadcast journalism run amok are the main plot points in “Death By Deadline: Can Out of Control Local News Kill People?” a hardboiled thriller Kane wrote that reads more like an indictment on the state of the news business as a whole, rather than a fictional account of a bunch of local television news hacks who will stop at nothing to scoop the competition.

Listen to Jason Leopold's interview with Larry Kane, author of the novel “Death By Deadline: Can Out of Control Local News Kill People?” 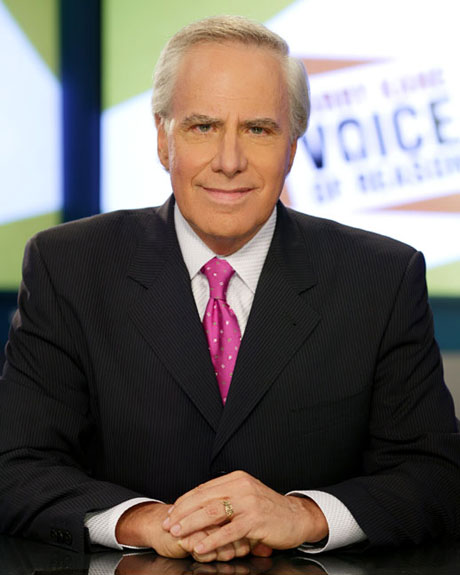 Kane, a 40-year veteran of the news business who is also the author of one of the definitive books on the Beatles, drew upon his own experiences as an Emmy Awarding-winning news anchor in Philadelphia and other major markets to create an urgent and compelling narrative about the cutthroat world of a local television news crew, where reporters routinely sacrifice accuracy and ethics to serve their masters' ratings demands.

The adrenaline rush that comes from landing an exclusive, from being the first one out of the gate with a breaking report, as described by one of the main characters in “Death By Deadline,” is a manic feeling this reporter laid bare in “News Junkie” and a hard lesson since learned following the issuance of mea culpas due to reporting errors.

Kane's novel, his first, was published at the same time the Federal Communications Commission (FCC) issued a 478-page report warning that local television news coverage was suffering due to a greater emphasis on sensationalistic, tabloid-style reporting, a cold, hard fact Kane captured spectacularly in “Death By Deadline.”

“The stations are generally pumping up the volume of news while reducing staff, and give short shrift to serious topics like education, health care, and government,” noted the FCC report, according to the web site paidContent. “The [FCC] report cites a TV news study by the Annenberg School of Communications that found such hard news topics took up a little over one minute in a 30-minute news broadcast. While coverage of city government withers, crime news proliferates. And the report notes the disturbing trend of 'pay-for-play' arrangements, as well as the airing of 'video press releases' masquerading as news.”

Information: A “Dangerous and Risky Business”

In an interview with Truthout, Kane, who recently retired from full-time reporting and now works as a consultant, said what he hopes readers – and those who practice journalism – will come away with after reading “Death By Deadline” is that information “has always been dangerous and risky business.”

“I've learned that bad information can hurt people,” Kane said, citing his own role in the broadcast of an explosive story nearly three decades ago involving the mayor of Philadelphia accepting a bribe that turned out not to be true. “My biggest problem in that episode was that I should have taken a walk around the block or gone home sick” after being briefed on the substance of the story that was based on secondary sources.

Still, despite the sorry state of local news, in reality and as depicted in “Death By Deadline,” Kane said it's still a “very important medium,” but it needs to focus less on covering “meaningless crime” stories, which only serve to boost ratings, and, as the FCC report states, turn its attention to covering important issues such as local and national politics, which have a direct impact on people's lives.

But here's another proposal for local television news producers and reporters (web/print journalists should take note as well): read “Death by Deadline” now, take heed of the book's warnings, or turn in your press pass.