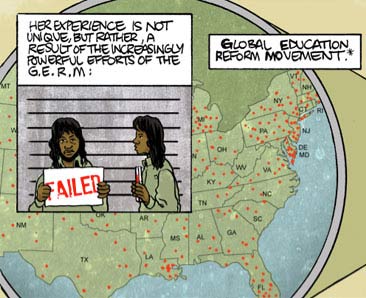 “Education is the civil rights issue of our generation,” presidential hopeful Mitt Romney announced in a recent press conference, where he also claimed that our public schools are in a state of “national emergency.” Former Governor and former Bain Capital CEO Romney is now portraying himself as a civil rights hero, fighting against systemic racism and inequality that provides American children a “third world education.” And the cause of this emergency? It’s not the foreclosure crisis, persistent unemployment, nor the 21 percent childhood poverty rate – after all, the multimillionaire, who made $27 million in 2010, is “not very concerned about the very poor,” as they’re already taken care of. Rather, this grave civil rights injustice has been inflicted by excessively powerful “special interests” and “union bosses” that put their needs in front of the poor, minority children. And Romney plans to be the 1 percent’s very own Martin Luther King Jr., a “champion of real education reform in America.”

Welcome to other side of the looking glass, and into the Bizarro world of so-called “education reform” – an upside-down universe in which up is down, left is right and multimillionaire CEOs are civil rights heroes championing social justice, while public school teachers are corrupt fat cats, maintaining a status quo which oppresses students in poverty and racism.

Romney’s speech on education would be hilarious – that is if anyone seemed to get the joke. Indeed, Romney’s topsy-turvy view has become so commonplace in the corporate media – stated by both Republican and Democratic politicians, along with countless pundits and reporters themselves – that it verges on the cliché.

And so, we thought, what better way to capture the Bizarro world of education reform than with a serious work of journalism, disguised as a comic? Our three-part series – published over the next three months – is not intended to be funny, but rather, to pull back the progressive propaganda disguising the neoliberal, corporate nature of education reform. Our goal is to expose the free-market policies that really make up “education reform”; how these policies threaten our public education; who supports these policies; and, ultimately, what we might be able to do about the “Disaster Capitalism Curriculum.”

After reading, we hope that you get the joke. 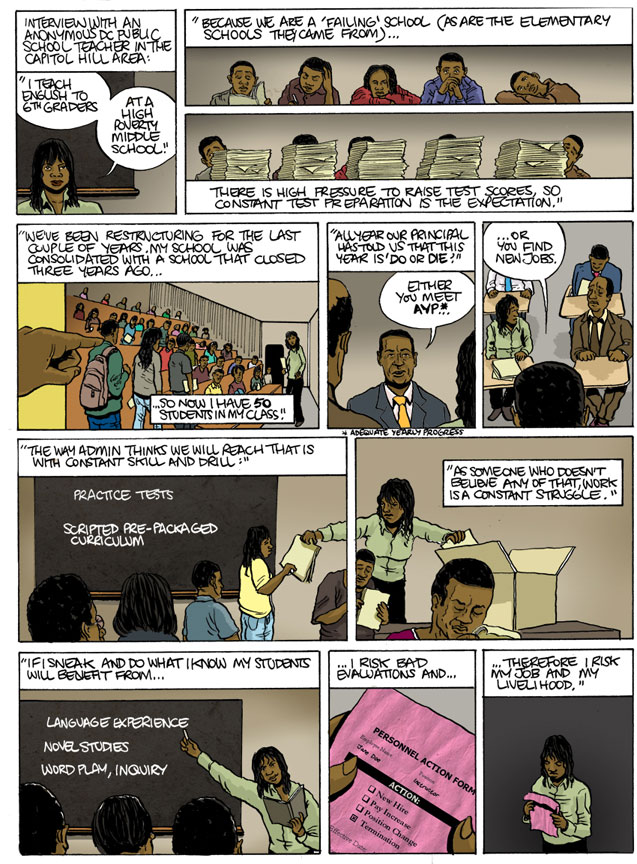 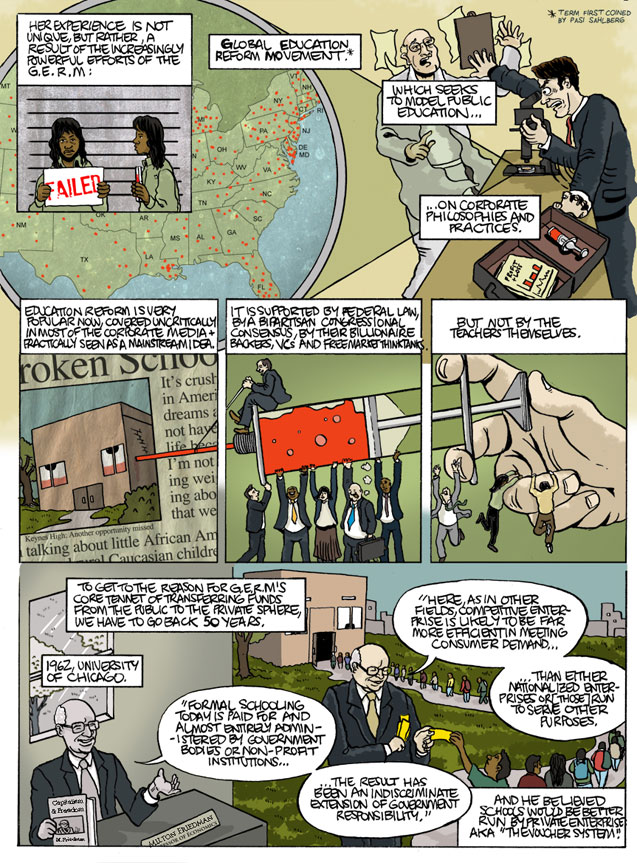 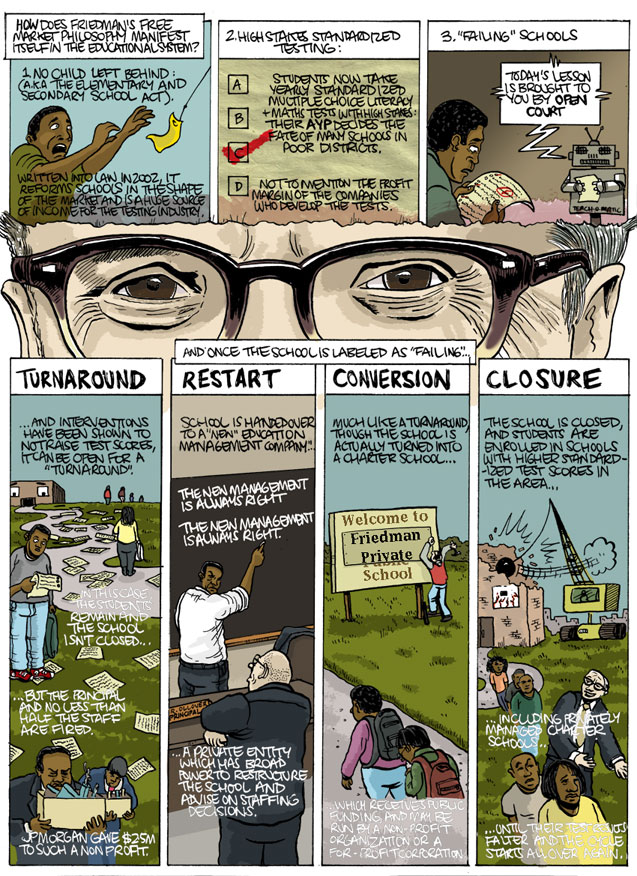 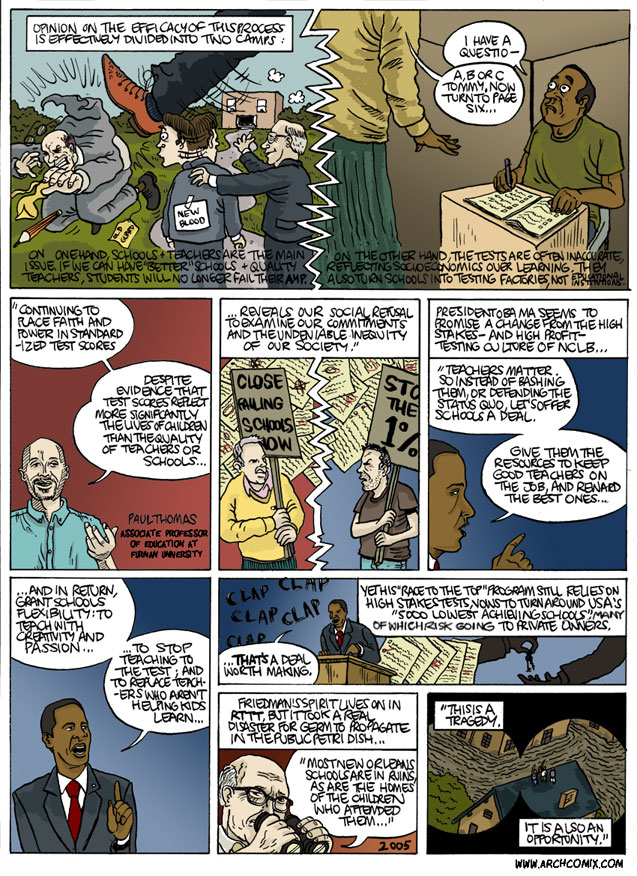 Share
This article may not be republished without permission from Truthout.
Adam Bessie