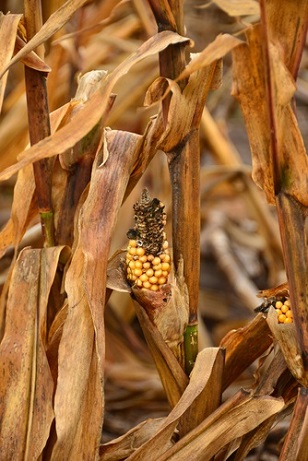 via Shutterstock )” width=”308″ height=”461″ /> (Photo via Shutterstock)Truthout doesn’t take corporate money and we don’t shy away from confronting the root causes of injustice. Can you help sustain our work with a tax-deductible donation?

As the climate changes for the worse on our planet, we’re going to see more and more conflict over the limited resources needed to sustain life. In some western states in the US, the drought has already heated up the “water wars” between farmers and metro areas. In California, Governor Jerry Brown has asked residents to voluntarily decrease water use by 20 percent. Farmers who plant crops that reap higher profits (like almonds) now have to let whole groves of trees die because there is not enough water to keep them producing. The result is an economic downturn with fields, fallow; unemployment, rising and the price for crops, skyrocketing.

We’ve had droughts before, but the kind of drought that western states are experiencing this year is one of the worst on record. If the drought continues for a few years, it will rival what the plain states experienced during the Great Depression. We may not see the kind of dust storms that plagued that region during the 1930s, but what is certain is that the level of crop production in states like California (one statistic says the state produces 15 percent of crops) will decrease. Part of the problem is that many of the crops produced require a tremendous amount of water, and, as Sheila D. Collins notes in both her article on Truthout and in this interview, the west has, since John Powell surveyed the area in 1869, been an arid region that can’t sustainably support large-scale agriculture.

Professor Collins has studied both Powells water policy suggestions and those of Franklin Roosevelt and sees the prescient visions of both individuals as something the government should revisit – especially as more extreme weather conditions become the new normal on our world. Failure to do so will mean more societal conflict, more economic dislocation, and scarcer resources.