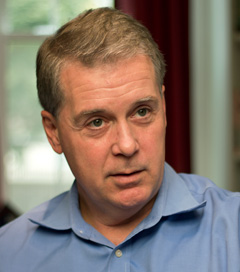 Rob Richer, the No. 2 ranking official in the CIA's clandestine service, paid a visit to Glenn Carle's office in December 2002 and presented the veteran CIA operative with an urgent proposal.

Richer, who resigned from the CIA in 2005 and went to work for the mercenary outfit Blackwater, told Carle that agency operatives had just rendered a “high-value target,” an Afghan in his mid-forties named Haji Pacha Wazir, who was purported to be Osama bin Laden's personal banker as well as financier for a number of suspected terrorists. Wazir was being held at a CIA black site prison in Morocco, and the agency needed a clandestine officer who spoke French to take over the interrogation of the detainee.

Carle, formerly the deputy national intelligence officer for transitional threats, who had no prior interrogation experience, agreed, and within 72 hours, he boarded a CIA-chartered jet bound for Morocco.

Carle recounts what unfolded next in his riveting book, “The Interrogator: An Education,” which stands as a damning indictment of the CIA's torture and rendition program and the Bush administration's approach to the so-called Global War on Terror.

Carle refers to Wazir in his book as CAPTUS. The CIA, which did not respond to requests for comment for this report, would not allow Carle to print Wazir 's name in his book, nor was he permitted to disclose the locations of the two black site prisons where Wazir was imprisoned and tortured.

A report published in Harper's in July first disclosed that CAPTUS is Wazir and the location of the CIA black site prisons where he was held.

During an on-camera interview with Truthout in Washington, DC, Carle said he originally believed the agency had captured a “significant Al-Qaeda leader” who had been a concern to US intelligence agencies “for a long time.”

“The assessment that was made of [Wazir] was quite compelling and I accepted it,” Carle said. “I knew my colleagues to be hard-working and careful and that they reviewed their assessments regularly and the assessment was that [Wazir] was one of the top players in Al-Qaeda.”

Although Carle was told by a top agency official that he should do “whatever it takes to get this man to talk,” which he said he understood meant using torture to “break this fellow's will” and obtain intelligence, Carle said he “would not do it [because] it was wrong.”

Instead, Carle said he interrogated Wazir using standard rapport-building techniques and “psychological manipulation” that led the detainee to believe Carle was his “friend.”

Carle concluded not long after he began interrogating Wazir that the agency had “kidnapped” the “wrong guy” and Wazir, who ran an informal money-transfer business known as a Hawala, was not a “committed jihadist” or Bin Laden's personal banker.

Wazir was “more like a train conductor who sells a criminal a ticket,” Carle writes in “The Interrogator.” “Slowly, progressively, first in dismay, then in anger, I had realized that on the CAPTUS case the Agency, the government, all of us, had been victims of delusion.”

Wazir's life had been “destroyed” based on what Carle characterized as an “error.”

But the CIA's position did not change. The agency believed Wazir was withholding intelligence due to the fact that he could not answer specific questions. So in an attempt to convince him to reveal information about Al-Qaeda, agency operatives kidnapped his older brother, Haji Ghaljai, in December 2002 and held him captive for six months at the same black site prison.

Carle documented his conclusions about Wazir, and called for his immediate release, in top-secret cables he prepared that were supposed to be sent to CIA headquarters in Langley, Virginia. However, Carle said when he later inquired about his cables he discovered they “were never transmitted so they never formally existed.”

The US government eventually moved Wazir from Morocco to the infamous Salt Pit prison in Afghanistan, which Carle refers to as “Hotel California,” and then transferred him to the Bagram prison facility.

Carle described in great detail the conditions in which Wazir and other detainees were held at the black site prisons.

“It was instantaneously, completely black,” Carle said about the black site prisons. “Not dark, black. A darkness where literally I could not see my hand…Totally black. And there was loud incessant noise or a series of other sounds. Babies wailing, sounds that would appear to be someone being hit or car crashes or wheels screeching. The goal is to play upon the senses so as to disorient the prisoner.”

Carle said he believed the psychological methods used to disorient detainees rose to the level of torture. He said that if “things got out of hand” during an interrogation a CIA psychologist would step in. Carle said, however, he “never saw any of the physical techniques being administered [to Wazir]” while he was present.

“Whenever anything came up to make that possible I wouldn’t allow it,” Carle said. “I stopped it. So I wasn’t aware of that happening. But I don’t know what happened to him after I left” the black site prison.

“But Wazir’s petition was denied in spite of the fact that a former Bagram detainee revealed that Wazir had been told some time in June or July 2008 there was no evidence against him,” Wheeler reported.

Tina Foster is the constitutional attorney who represented Wazir in his habeas petition against the US government. She told Harper's, “the Justice Department maintained that Pacha Wazir was legally detainable on unspecified grounds, but that the determination had been properly made by those with knowledge of his case.”

“Had the conclusions reached by [Carle in cable assessments he sent about Wazir] not been destroyed, and instead acknowledged and disclosed by the government to the court, it would likely have tipped the scales of justice in his case and possibly also in other cases,” Foster said.

Wazir was not freed until February 2010, eight years after his capture.

The CIA's Publications Review Board, “under the guise of 'protecting sources and methods,' imposed numerous redactions and elliptical phrases on my manuscript,” Carle writes in “The Interrogator,” which was published following a year-long battle with the agency. “These have eliminated or softened harsh facts about what our government has done in pursuit of terrorists, rounded edges of wrongdoing, and obscured the corruption of our institutions and of our system of government caused by the rendition, detention, and coercive interrogation of terrorists or terrorist suspects.”

Still, Carle footnoted the redactions and summarized, in general terms, what the agency had censored. For example, in response to a redacted paragraph on page 134, Carle added this footnote:

The deleted passage concerns my assessment of why Headquarters would persit in its conceptual and operational errors in [Wazir's] case. The passage is acidic. This is the only reason I can see why it would be redacted, for it reveals no source or method—other than contemptible institutional incompetence.

Carle told Truthout that since his book was published in June, he has been the subject of a “whispering campaign,” where “unnamed anonymous representatives and supporters of [torture] and defenders of them will speak to significant members of the media and say, 'You shouldn't take a chance on [reporting] his story because you don't want to damage your access to useful sources.”

“That's had some effect on my ability to get this story out,” Carle said, without citing the media outlets that were allegedly contacted. “The effort clearly has been, and I have heard this from multiple sources, to keep me from having access to the major media networks and newspapers and magazines. It has worked. I have not been able to share my story on a major network.” 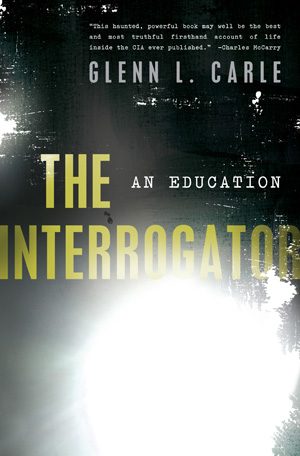 Prosecutions Would “Divide Us”

Yet Carle, who retired from the CIA in 2007, refuses to endorse an investigation and/or prosecution of key Bush administration and CIA officials who he said they were responsible for violating numerous laws in the name of national security, claiming it would “divide” the country.

“It's not to protect the guilty,” Carle told Truthout about the reasons he does not support accountability. “I think a trial or series of trials would divide us, polarize us and become a he said, she said, 'I attempted to protect the nation' – and I am sure everyone sincerely intended to do that – and 'You're just for political reasons coming after me.' I think that would be counterproductive.”

“The country is already 'divided,'” Truthout retorted, “even without a full-scale investigation or prosecution. You're well aware of the partisan bickering currently taking place in Washington, DC. How would a criminal probe further polarize the country?”

“Well, we are divided in a more distressing way than at any time since the the Vietnam War,” Carle said. “But Vietnam was over an issue not over a political philosophy. By taking steps that fuel the divisions we don't end them. My objective is to make the feeling more broad among the American public that [torture is] un-American and unacceptable and doesn't work. I think that comes not by going after the designers of them, but by taking steps that make the average American think, 'well, yeah these methods don't work and are incompatible with what it means to be an American citizen. So, I think strengthening the feeling that the measures are wrong is more important than having three or four people pay a penalty for this.”

Another CIA officer took over Wazir’s case in 2003 and Carle returned to the United States. He said he did not inquire about what happened to the detainee until he reluctantly typed his name into Google in December 2010.

“I was an undercover CIA operations officer for most of my career,” Carle said. “I was known to foreign services around the world as a CIA officer. It would be unwise for me to associate my name with an operation. I never asked [about Wazir] and I never looked. I learned only last year, nine months after [Wazir] had been freed, that in fact he had been freed. I knew nothing about it.”

Ultimately, Carle said, “I did my best and I think in this case I made the right decisions and acted honorably, although I was unable to accomplish much of what I tried.”