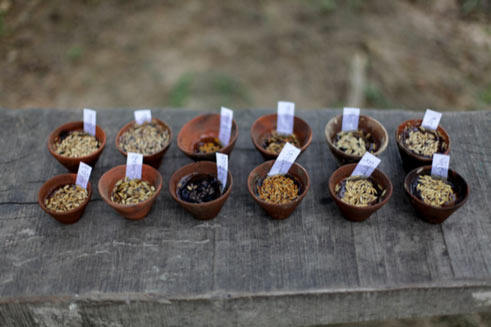 Seed Matters is a short film capturing some of the voices from The Great Seed Festival which took place in October, 2014 to raise awareness of the importance of seed, and to celebrate seed, food and biodiversity.

Last year while visiting London, we were asked to record some interviews at the London Seed Festival organized by Gaia Foundation. Once the interviews had been completed, we went through our footage that we have shot over past few years and used some of those shots to bring the narrative to life. This is a good example of how, as a small organization, we are able to make films on a very small budget, telling stories that would otherwise not be told. This film features some of most progressive voices in the UK’s movement against corporate food plutocracy.

This is the ninth film in the 9×9 film festival. These films have been made for one reason: to help people understand the reality of what’s really happening to the world’s food and farming systems, and why.

A Festival of Seed from The Source Project on Vimeo.