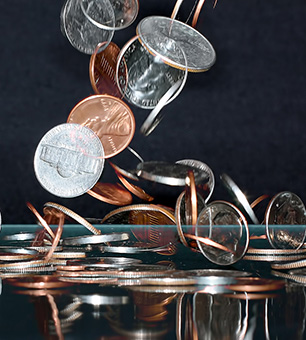 (Photo: jeffsmallwood / Flickr)In “Dark Affinities: Liberal and Neoliberal,” Joseph Natoli opened up a line of thinking about our political quandaries that is profoundly important but little understood. His piece is grounded in a rich understanding of the deep cultural dimensions of our political dynamics.

His analysis of the “unconscious common core” of values and beliefs that choke the possibilities of advancing democracy in the United States underlines how the vast majority of Americans are “attached to what is victimizing them” to the point of “the Winners and the Losers sharing the same values:”

But because almost every American, whether employed or bankrupt, solvent or insolvent, luxuriating or underwater, wants it all, admires and envies those who have it all, hates those who interfere in any way with the chance to get it all, believes that rich and poor alike are free, independent, proud and playing always on a level field, that a man down on his luck today can be king of the hill with the right turn of the wheel and that carping criticism comes from whining anti-Americans who want nothing more than to have us all equally poor and queuing up for government handouts, there is no moral divide, but only a moral monism.

Furthermore, Natoli shows how this culture-driven mass of personal tragedies works itself out specifically issue by issue – education “reform,” immigration, taxation, etc. The sheer clarity of his specific understandings of how this unconscious common core overwhelms our rational thinking cuts to the heart of our political darkness.

However, when Natoli writes:

… The sort of pathography I am conducting here finds the Winners and the Losers sharing the same values. They share the same mass psyche desires, fears, antipathies, repressions, traumas, blindness, compulsions, dreams and nightmares, the same American Dream, if you will. If the Losers did not connect here with the Winners, we would face the clarity of a moral dualism, of innocence and guilt, of oppressor and oppressed, of hero and monster. …

I don’t think moral dualism can provide us with the clarity we need. In fact, moral dualisms are essential to the dynamic binding the Winners and Losers in “wanting it all.” Natoli points to this out when he shows how the “unconscious common core” that is built around “wanting it all” includes a moral condemnation of “whining anti-Americans who want nothing more than have us all equally poor and queuing up for government handouts…”

He seems to see this condemning disposition as having “no moral divide, but only a moral monism.” I see it as a major moral dualism involving an “us” that is good and a “them” that is bad. The “clarity of a moral dualism” would lead to the “oppressed” turning against and condemning the “oppressors.” Well, who among us is not moved in some way by that “wanting it all?” Natoli suggests that is the case of the 80 percent of us in the lower economic groupings. If there is anything needing condemning, it is the core values and beliefs that have the vast majority of us “wanting it all,” not those of us caught in the cultural conundrum he so beautifully describes.

Getting Beyond Moral Dualisms

I believe, on the other hand, that to work our way out of our “unconscious common core,” we need a new kind of dialectical space, not a moral dualism. I think Paulo Freire can point us toward it. In The Pedagogy of the Oppressed, Freire sees that the core dynamic of oppression is dialectical. It is a dance between oppressed and oppressor that cannot happen without each playing out their role to the music of our “unconscious common core.” He argues passionately that for oppressed people to liberate themselves from their oppression, they have to confront a radical choice: to become an oppressor or to start becoming more fully human:

The struggle for humanization … to have meaning, the oppressed must not, in seeking to regain their humanity … become in turn oppressors of the oppressors, but rather restorers of the humanity of both. [44]

So for Freire – at least as I read him – the only real alternative to oppression – that is, to the “unconscious common core,” is what he calls “re-humanization” – love and compassion – along with a clear-eyed understanding of the external oppressive dynamics.

This re-humanization is a process of transforming the “unconscious common core” to create alternatives to the winner-loser mentality that is embedded in the cultural marrow of our being. Freire also warns:

… Almost always, during the initial stage of the struggle, the oppressed, instead of striving for liberation, tend themselves to become oppressors or “sub-oppressors.” The very structure of their thought has been conditioned by the contradictions of the concrete, existential situation by which they were shaped. [45]

Maybe, I am misconstruing what Natoli means by “moral dualism.” He may be calling for what Freire is referring to here:

To surmount the situation of oppression, people must first critically recognize its causes, so that through transforming action they can create a new situation, one which makes possible the pursuit of a fuller humanity. [47]

Certainly” Losers” must see how they are “being had” by their sharing a particular cultural mentality with “Winners.” But they also must see how they are trapped into this mentality by their own agency, their choosing the “wanting it all” beliefs and values. This is the liberating insight that can enable us to choose another path. Freire makes this point well:

… For the oppressed to be able to wage the struggle for their liberation, they must perceive the reality of oppression not as a closed world from which there is no exit, but as a limiting condition which they can transform. [49]

“Transform” is the key word. Natoli says “we need to explore these deep-rooted connections” between oppressor classes and oppressed classes then “sever them, and seek legislative representation that is not bound already on this level of unconscious affinities to the policies we need to contest.” I think the metaphor of “severing connections,” which suggests a straightforward solution that is somehow close at hand, is misleading.

I believe our “unconscious common core” is more akin to a kind of “cultural marrow.” I choose this metaphor because Freire’s humanization requires transformative processes that are much more than a “severing.” They are matters of personal and cultural transformation that literally reconstitute our “common core.” And they require transformative pedagogies our educational system knows little about because they are too busy unconsciously creating “Winners and Losers,” as Freire understood so well:

The oppressed suffer from the duality which has established itself in their innermost being. They discover that without freedom they cannot exist authentically. Yet, although they desire authentic existence, they fear it. They are at one and the same time themselves and the oppressor whose consciousness they have internalized. The conflict lies in the choice between being wholly themselves or being divided; between ejecting the oppressor within or not ejecting them; between human solidarity or alienation; between following prescriptions or having choices; between being spectators or actors; between acting or having the illusion of acting through the action of the oppressors; between speaking out or being silent, castrated in their power to create and re-create, in their power to transform the world. This is the tragic dilemma of the oppressed which their education must take into account.

In following Natoli’s foundational lead, we need to turn to our attention to finding and developing learning processes that are truly transformational.

Donate Now
Share
Copyright, Truthout. May not be reprinted without permission.
Michael Johnson

Michael Johnson is an editor with Grassroots Economic Organizing and co-author of a book on regional co-operative economic development, forthcoming from Levellers Press. He is also a co-founder of SolidarityNYC and the Ganas Community.