© 2023 Truthout
Op-Ed
|
This Is Your Brain on Poverty: What Science Tells Us About Poverty

Poverty has been identified as a causal factor in lower IQ and psychiatric disorders. What can this tell us about public policy and the minimum wage? 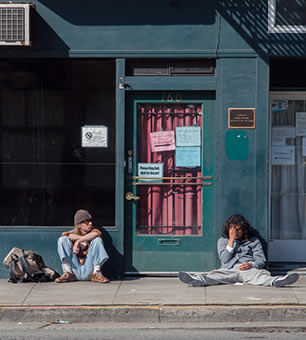 (Photo: Franco Folini / Flickr)Talking about poverty and inequality is all the rage these days. President Obama wants to raise the minimum wage to $10.10 an hour. Rep. Cathy McMorris Rodgers, who delivered the official response to the State of the Union address, said that the problem isn’t “income inequality, but the real gap we face today is one of opportunity inequality.” Rand Paul has offered that we need to stop giving money to unwed mothers, and David Brooks has recently written two columns about inequality, the first saying that poverty and inequality have nothing to do with each other and will you please stop talking, please; the second brushed Brooks’ solutions with the thin veneer of science – mentioning “prefrontal cortexes” and “cortisol levels” – and offered a litany of solutions to treat the symptoms of child poverty (“students can’t control their impulses, can’t form attachments, don’t possess resilience and lack social and emotional skills”) without ever quite understanding that instead of treating the symptoms, it might be easier to just cure the disease.

Research has only recently been able to identify poverty as a causal factor (rather than merely correlational) in debilitating medical conditions that leave people sick, unable to work and unable to think – all factors that then perpetuate poverty, leaving the poor trapped in a vicious biological cycle.

So what can actual science (not Brooks’ buzzword-laden version of it) tell us about poverty? What are its effects and how is it perpetuated? And if we did decide to end poverty, what would it look like, and what are the potential gains for our society?

If you’re a child born into a poor household, you’re more likely to exhibit psychological symptoms than if you were born to a non-poor household – symptoms that are a direct result of being born poor. (That’s the impulse control, attachment and resilience that Brooks was talking about.) How do we know this? In 1993, a group of researchers started an eight-year longitudinal study of children in the Great Smoky Mountains, a range of peaks along the North Carolina-Tennessee border. One thousand four hundred twenty children were recruited – 25 percent Native American, 7.5 percent black and the rest white – and given psychiatric exams annually. Unsurprisingly, the children from poor families were found to have problems, about 60 percent more than their middle-class counterparts.

Then something interesting happened. The Eastern Band of Cherokee who live in the region opened a casino and in 1996 – exactly halfway through the study – every member of the tribe started receiving income. It wasn’t much – the annual payout increased each year, hitting an apex of $6,000 before taxes in 2001, with children’s money going straight to a trust fund – but it made a big difference. The rate of conduct and oppositional defiant disorders in (now formerly) poor children dropped to that of children who had never experienced poverty. Those children were less likely to commit a crime and more likely to graduate high school. And by age 21, they had almost an additional year of schooling – all strong markers of upward economic mobility.

When a single behavioral condition in a child, like ADHD (which is almost twice as likely to appear in poor children as in the general population), is estimated to cost (for treatment, educational adjustments, parents missing work and juvenile justice) $14,576 per child per year, doesn’t $6,000 seem like a bargain? A recent New York Times article noted that amphetamines often are given to poor children who don’t meet the diagnostic criteria for psychiatric disorder, with almost 20 percent of doctors nationwide not following the guidelines set by the American Academy of Pediatrics. But these children aren’t sick – they’re merely poor – and are exposed to the side effects of amphetamines – stunted growth and stimulant-induced psychosis – as an unlucky consequence of social position.

But what would raising the minimum wage do for adults? A recent study of Indian sugar cane farmers might suggest the answer. Economist Anandi Mani and her co-authors gave a range of cognitive tests to Indian sugar cane farmers pre- and post-harvest. The crucial distinction comes from a point of sugar cane farming. Just before the harvest, the farmers are largely waiting for their crops to ripen, having little work to do. Thus, while they aren’t necessarily working harder, they are much poorer than in the days after the harvest. The scholars found that the cognitive losses produced by pre-harvest poverty were equivalent to 13 IQ points, the same loss as losing a full night of sleep or being a chronic alcoholic.

Two of the co-authors of the piece, Sendhil Mullainathan and Eldar Shafir, have, in their book-length examination of their research, proposed a metaphor for the effect – bandwidth. The human brain has a finite amount of bandwidth. If one is forced to spend that worrying about poverty, it will necessarily have less capacity to spend on other tasks. Indeed, as other studies have shown, the poor often fail to take prescribed medications, fail to use preventative health care less and are less productive workers than their more-comfortable counterparts.

The Fair Minimum Wage Act of 2013, which proposes raising the minimum wage from $7.25 to $10.10 an hour, would leave a full-time minimum-wage worker with (accounting for two weeks vacation a year) an extra $5,700 per annum – almost the exact amount seen in the Great Smoky Mountains study.

The minimum wage raise is expected to affect 27.8 million people. If the bill passes, we can expect to see high-school graduation rates rise and youth crime rates drop, giving us all a safer society and a more productive economy.

But let’s think a little larger for moment. There are 49.7 million Americans currently living below the poverty line. Going back to the sugar cane study, we can expect each of them to gain 13 IQ points if the gap between their needs and their means to meet them were somehow bridged. If each of them were to have their situation somehow ameliorated – say, by giving them $4,000 per year – we would collectively gain 646,100,000 IQ points. That’s the equivalent of 4,038,125 Einsteins. The Congressional Budget Office recently estimated that the Fair Minimum Wage Act of 2013 will lift 900,000 people above the poverty threshold. If the findings from the sugar cane study hold true, that’s a collective gain of 11,700,000 IQ points. What could we do with that much extra brain power? Maybe we could cure cancer; we could make inroads against diabetes. Heck, maybe we could even end poverty.

Knowing this, whose policy proposals do these findings favor – the liberals who argue that social structures perpetuate poverty and that government must alter those structures? Or the conservatives, who argue that the attributes of the poor – their indolence and ignorance – make and keep them poor? Is it circumstances, or personal deficiencies that cause poverty? Both are implicated, but the circumstances come first – poverty causes deficiency and illness, which may then play a role in perpetuating poverty.

Understanding what’s cause and what’s effect also makes the policy implications clear: The causal chain begins with indigence, so start there. Extend those unemployment benefits, raise that minimum wage, maintain those SNAP payments. If you’d rather teach a man to fish than give him one, then by all means allow him the capacity to learn.

Share
Copyright, Truthout. May not be reprinted without permission.
Christian Exoo

Christian Exoo is a Building Supervisor at the St. Lawrence University Libraries in Canton, New York.

Truthout
Share
Poverty has been identified as a factor in lower IQ and psychiatric disorders. What can this tell us about public policy and the minimum wage?
Economy & Labor