In one of comedian Chris Rock’s routines, he observes: “You know what that means when someone pays you a minimum wage? You know what your boss is trying to say? ‘Hey, if I could pay you less, I would, but it’s against the law.'”

The humor works because, like the boy who cried “the king has no clothes,” Rock is stating something obvious which mostly goes unspoken: that if it wasn’t for such laws as the minimum wage, established to appease the militant mass workers’ struggles in the 1930s, bosses would reduce workers’ wages and benefits to near zero.

This is because workers’ wages come, naturally, at the expense of their bosses’ profits. Since bosses are in business to make as much profit as possible, they are compelled to cheat their workers out of every dime their labor creates, within the limits of the law.

Reforms such as the minimum wage benefit workers by forcing businesses to pay them more, but the political system behind such laws is not a neutral arbitrator in worker/boss conflicts. Its purpose is to secure and enhance the power of big business, even if that means occasionally curbing business owners’ greed in order to maintain stable, profitable commercial relations.

In the absence of a mass workers’ movement that can challenge corporate dominance, power gets measured in dollars — and nowhere is this clearer than our political system. Pulling the strings behind the puppet show of two-party politics are the 1%, who have amassed such a concentration of wealth that they have squeezed out any effective opposition — not to mention consideration for the interests of the vast majority of voters.

It was inevitable that once the minimum wage was established, and the social movement that forced its creation eased up, corporate-backed politicians would allow the minimum wage to erode in time. Today’s current federal minimum wage of $7.25 per hour is not even enough to lift a family of two beyond the official poverty threshold of $15,130 — an absurdly low bar considering what it costs to actually get by.

Today’s current minimum wage has also fallen far behind in compensating workers for the wealth their labor creates. Had the minimum wage kept up with workers’ climbing productivity since 1960, it would be around $22 per hour today. What the corporate captains have not been able to cheat out of their employees by paying them less, they have more than made up for by increasing their workload and stress.

All this has resulted in greater inequality. If the minimum wage had kept up with the increase of wealth for the 1%, it would be up to $33 per hour today.

There are limits, however, to the corporate elite’s ability to continue to increase profits at the expense of workers’ living conditions — and nerves. The threshold to those limits is determined when workers break from their daily acceptance of conditions and take collective action to push back against unacceptable greed.

In the last year, thousands of fast food employees have participated in one-day strikes and rallies demanding a minimum wage of $15 per hour. With the support of unions such as the Service Employees International Union, these striking workers are beginning to realize their own power: by acting in solidarity and putting forward a demand that will not only improve the lives of about 15 million minimum wage workers, but the majority of other workers as well.

Should a $15 minimum wage be established, all workers will be in a better position to demand better wages, benefits and working conditions. It is a message that is resonating and growing in tenor with each passing month, as inequality widens and working people’s buying power steadily erodes.

A $15 minimum wage will also improve the economy. Demand for goods will increase since workers will have more income to spend. While corporate bosses like to refer to themselves as “job creators,” they have no incentive to invest in the creation of production and services if there’s weak demand and too few consumers are able to afford them.

Consequently, a living, minimum wage will do more to create jobs than throwing good money after bad in the form of corporate welfare and tax breaks for the wealthy — as has been done ad nauseum by Republicans and Democrats alike.

In the Seattle suburb of Sea Tac, a ballot measure to raise the minimum wage to $15 was voted on November 5, and will likely pass once all the ballots are in. It needed 7,000 votes to succeed; since there are 5,000 minimum wage workers at the Sea Tac’s airport alone, the measure had a good chance of winning from the start. In a small but significant way, this victory could help break down the barriers erected by big business: by forcing them to pay their employees a living wage nationally.

To make this a reality, nothing short of a national mass movement will do. A good illustration of this was the recent Washington, DC City Council vote to raise the minimum wage in the capital to $12.50 per hour. In retaliation, Walmart threatened to halt building on three stores, providing the city’s Mayor Vincent Gray an excuse to veto the measure. A national campaign is the only way to assure that employers such as Walmart have no place to run.

Where are we in relation to achieving this goal? In the 1930s, the union movement was expanding so quickly and militantly that it not only threatened the way big business exploited its workers, but it had the potential to put their power in peril. Frequently, the number of workers then involved in strike activity surpassed 100,000 each month.

To contain that momentum, President Franklin Roosevelt was finally compelled to sign the Fair Labor Standards Act into law in 1938, which introduced the minimum wage.

Today we appear far from this intensity of struggle, but a potential eruption is possible at any time. It was, in part, this fear, as well as the calculation to provide his backers in organized labor a justification to support his campaign, that President Obama called on Congress to raise the minimum wage to $9 per hour in his State of the Union Address. But remember: this would only raise a minimum wage workers’ annual income to $11,828, well below the poverty rate for a family of two.

What’s worse, when it comes to such statements, Obama not only promises too little but he meanwhile abets a corporate agenda of cuts to the social safety net and attacks on teachers’ unions, while masking corporate-crafted healthcare and immigration “reforms” as measures meant to address workers’ needs.

If a workers’ movement is to develop that can win a living minimum wage, it will not be by getting corporate politicians elected into office. Such a movement will grow only if workers rely on, and build from, their own strength and solidarity while reaching out as broadly as possible through alliances that count.

The struggles of fast food workers and others demanding a $15 minimum wage demonstrate that we are in the beginning stages of this promising possibility. Now, building that strength means mass mobilizations, workplace actions — and sticking to core labor demands instead of ceding to a corporate political agenda whose legitimacy is plainly gone. 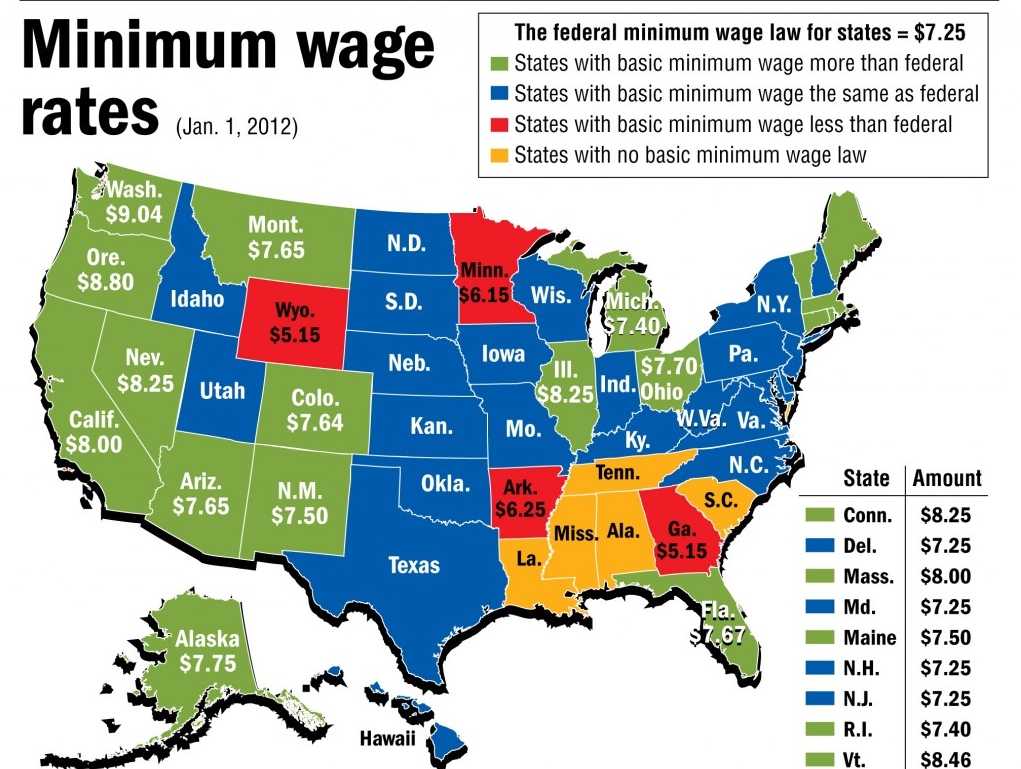