We all needed this.

Lady Gaga and Cher filled the air for blocks around the historic Stonewall Inn on Christopher Street on Friday night, June 24. Yes, it was Pride Weekend in New York City – but this one had a different air about it. The New York State Legislature was toying with when to vote on the Marriage Equality Act – which would legalize gay marriage in New York State. 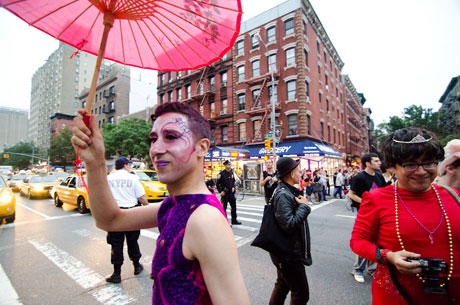 Hours earlier, I was sitting at a East Village coffee house, luckily with all my camera gear, when I heard drumming and horns – sounding like a marching band – it was actually the annual Drag March. The Drag March is an annual Pride Weekend event that starts at Tompkins Square Park and wanders (actually, I think we were lost) through the streets of the East Village and then finally stops at the Stonewall Inn. We were temporarily joined by a Asian dance troupe of some kind that was advertising a film festival – many thought it was a counter protest, but it became quickly obvious that they were just having fun joining the march. 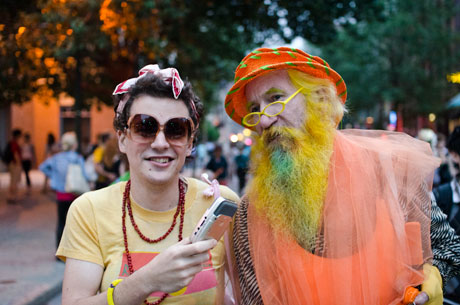 Once it became clear that the vote was going to happen that night, the organizers negotiated with the police to continue to be allowed on the street, not just on the sidewalks, as the initial several hundred people grew closer to a thousand. A shirtless man and a man dressed as a welder seemed to be doing the talking. Finally, the police backed off their cars and gave the revelers the street for the night. “WE HAVE THE STREET!” was followed by cheers from the crowd (it was somewhat of a “Braveheart” moment, sans Mel Gibson, of course). 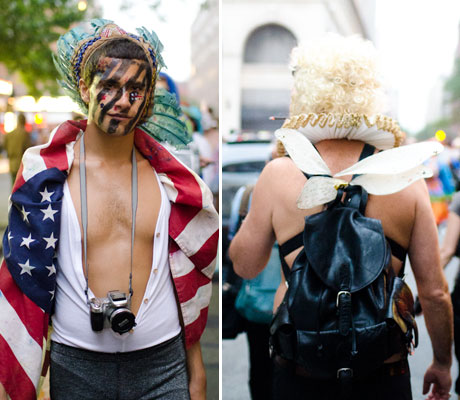 Once the street was theirs, fire dancers cleared a dangerously small space to do their act, we photographers getting closer to get the shot than probably necessary. Most people, though, at this point were on their smart phones updating web sites and listening to live streams. 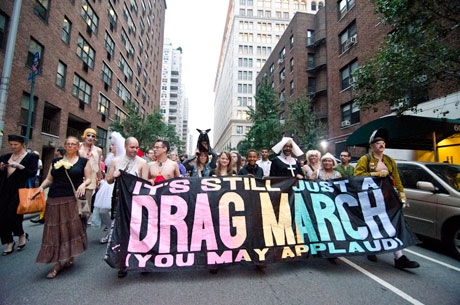 Then 10:35 PM rolled around; someone yelled, “Thirty-three to 29,” and the crowd went crazy. It was like V-Day in some alternate universe. People everywhere were kissing. I was told later there was a drag Sarah Palin somewhere in the crowd and that she was really good. 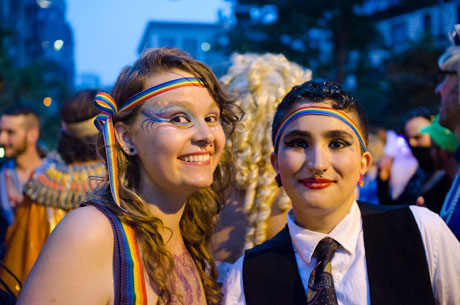 The only time I can remember having this vibe in a crowd was 2009 in DC, on a cold January morning, when something else historic happened. Just like then, we all needed this. This was a pure and clean win.

O.K., California, you're next. 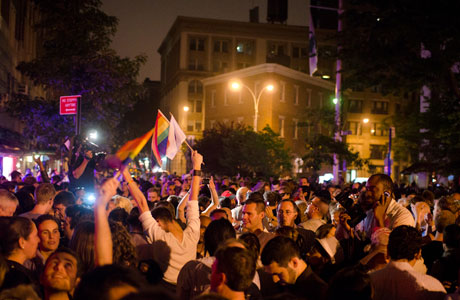 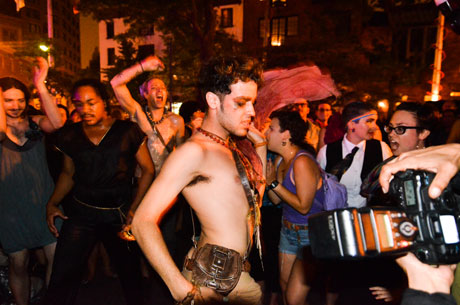 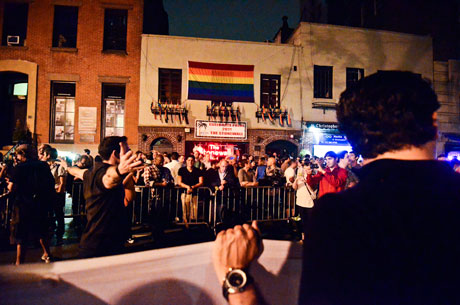 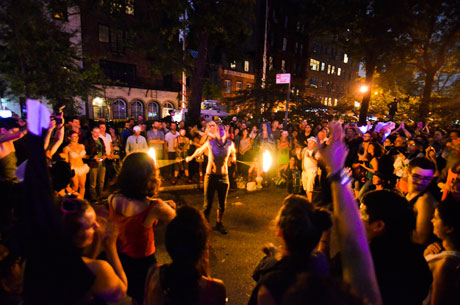 Truthout
Share
(Photos: Zach Roberts) We all needed this. Lady Gaga and Cher filled the air for blocks around the historic Stonewall Inn on Christopher Street on Friday night
Politics & Elections