An Overview: What Is Gentrification?

From a socioeconomic standpoint, gentrification may be defined as a gradual process of renewal and rebuilding that involves the influx of upper-income or affluent – usually white people – into existing urban districts that are often viewed as being deteriorating areas. This process causes the displacement of the low-middle income working-class, and often long-time, residents due to the increase in rents and property values and changes in the district’s overall character and culture. The “rent gap” is often noted as the underlying mechanism of gentrification. The following is an overview of the cyclic nature of this rent gap put into historical perspective:

This rent gap is facilitated by a number of agents and practices, and “retenanting” is a professional euphemism given to the commercial real estate agents whose job is to study a community and help to make change — gentrification — happen quickly. Their work involves helping to kick out commercial tenants who are paying extremely low rent, and then finding tenants who will pay higher rates for the same spaces. The following expose was released discussing the work of one of these agents working in Highland Park, a hilly area northeast of downtown Los Angeles that has been a target for gentrification for residents fleeing even higher home prices and rents in neighboring Hollywood, Silver Lake, and Echo Park. Then there was the 2012 release of the documentary film My Brooklyn, directed by Kelly Anderson and produced by Allison Lirish Dean, which offers detailed examples of this rent gap and an even broader analysis of the many factors behind gentrification. Brooklyn itself is home to some of the most rapidly gentrifying areas in the United States, and is among the most expensive cities to reside in.

Viewing the complex matter of gentrification through a feminist lens helps to uncover how multifaceted it is; in that gentrification involves the oppression, marginalization, displacement of vulnerable populations, particularly women and children who are often already negatively impacted by the effects of classism, sexism, and racism. Gentrification threatens to erode the communities and livelihood maintained by these women because their displacement becomes a precondition for the total transformation of the area.

When considering the complex definition and various factors involved in this process, one thing must remain clear — it is driven by the private sector and is the result of capitalism’s relentless pursuit of profit. The very sector of society that has control and influence over all levels of government in the United States, and is thus able to create policies that help to facilitate and increase gentrification in communities around the country —- as well as those outside the United States. This far-flung reach is due to the nature of multinational corporations which wield their power and influence globally. I was reminded of this while on vacation in Portugal this past Spring. As I was walking along a typically narrow, winding street in Vila Nova de Gaia, which is just South of Porto, a resident of the city pointed out how many of the original homeowners and families that lived along the street for many, many years, were becoming displaced. Their homes and shops were being bought up and replaced with hotels. Already, I could begin to see how the character of the community was changing. These new hotels used color schemes and architectural design styles that seemed completely out of place with the homes in the area, which were decorated with world-renowned, intricate and vibrant Portuguese ceramic tiles. I asked where these families went, and the response was that they were relocated to areas much further away from the city center.

And this seems to be a common theme on both sides of the Atlantic — the lack of consideration that goes to displaced residents. Truly considering these residents would mean that factors which led them to these areas, which were previously viewed as being undesirable, should be taken into account. Thus, the argument can be put forth that gentrification may be viewed as new-wave colonialism, having economic, social, and public health repercussions for women, communities of color, and the poor. In this sense, it is a feminist issue, and should be interrogated, at least partly, as such.

Feminization of Poverty and the Cost of Housing

In the most simplistic terms, the feminization of poverty refers to the fact that women represent a disproportionate share of the world’s poor. Further, the feminization of poverty is not only a consequence of lack of income, but is also the result of the deprivation of opportunities and gender biases present in both society and government. For women of color, the loss of opportunities are also a result of institutional-level racism and discriminatory practices. It is these biases that have helped to create the gender-wage gap and all of the socioeconomic consequences of inequity. 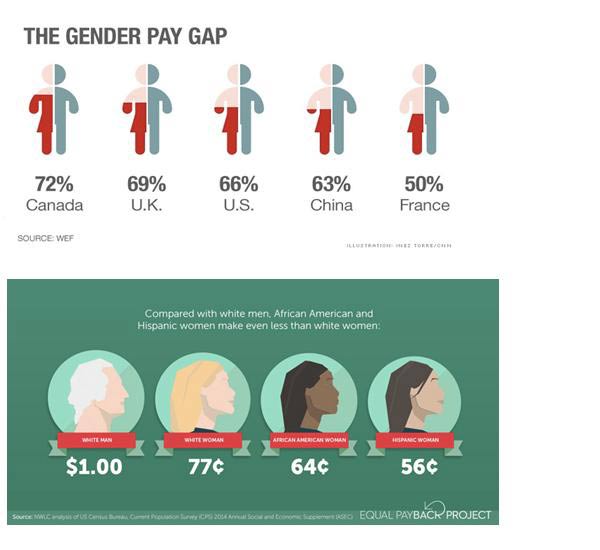 So, how does the feminization of poverty relate to the discussion of gentrification? 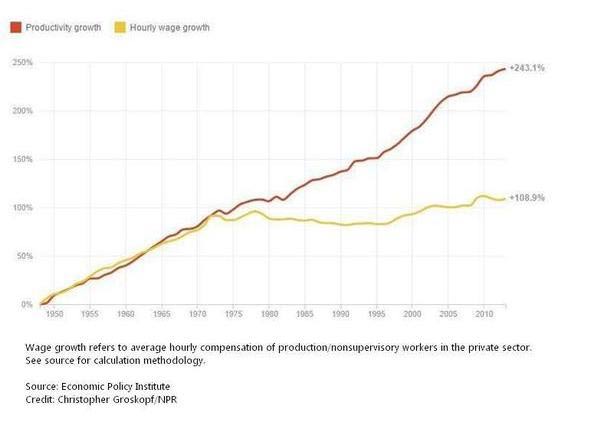 For more than 30 years, women in the United States have had to deal with not only stagnant wages, where average wages have barely kept pace with inflation since 1979, but also with the persisting gender-wage gap. Even more troublesome is that these wages have remained stagnant despite an exponential growth in worker productivity.

For myself, and those born the generation after me, the 80s and 90s babies, this means that our overall standard of living is probably reduced by 50% in comparison to previous generations; and this includes college educated women who may also find it difficult to afford the loftier rental prices in gentrified neighborhoods. Salaries are simply not keeping up with the cost of living; especially the cost of housing.

Further, the gender-pay gap helps to ensure that those who are more likely to be impoverished and coping with issues of food insecurity, homelessness, etc. are women and children. Working-class and low-income women are the group who are most vulnerable to gentrification in that they live in the areas that are being targeted by this process. In essence, the sexist, racist, discriminatory and biased practices, beliefs, and policies that have helped to create the gender-pay gap also help to facilitate their removal from areas that they were once able to afford.

Having lower wages means that these working-class women will be unable to resist or withstand the process of gentrification and remain in their homes and neighborhoods. This is due to the fact that lower wages means that an increase in the amount on rent or mortgage costs is extremely difficult for women who are already dealing with wage deficits. To put this into perspective, a Latina woman who on average makes only $0.56 to a white man’s $1.00 hourly, would be least likely to be able cope with a marked increase in rent, as well as the higher cost of groceries and other goods which occur when an area undergoes gentrification. In comparison, a white man, who make higher wages on average, would be more capable of remaining in a neighborhood that is undergoing gentrification.

When taking a look at the definition of gentrify, the root word of gentrification, one can readily discern what is implied, especially when considering the change in demographics of these neighborhoods:

“To change (a place, such as an old neighborhood) by improving it and making it more appealing to people who have money .”

The term “appealing” harkens back to the language used by banks, realtors, and others who wanted to ensure that certain neighborhoods would remain devoid of people of color. The American suburbs were actually built out due to this phenomenon of White flight from urban centers which, without resources and investment, were left to decay. In fact, post-New Deal communities actually received federal subsidies for home ownership, while others, that had Black residents or other people of color, did not. This process was called “red-lining”, and it often barred any neighborhood with more than 5% of Black people/people of color from receiving subsidies for home ownership and wealth building. This process helped to keep Compton, California, the birthplace of gangster rap, completely White up until the early 1950s. This process led half a million whites to move out of Brooklyn in the 1970s.

The following statements shared by Zach Behrens in his essay, Before the 1950s, the Whiteness of Compton Was Defended Vehemently, explains why these covenants manifested.

“Covenants across the country began in the late 1910s and early 1920s in response to the increasing black population in American cities, namely Northern and Western ones that saw the rise during World War I during the so-called great migration from the South. In Los Angeles, however, the move of African Americans was slow until World War II. Still, that slow growth in the 1920s was enough for white homeowners to become concerned about declining property values because of the black influx.”

These discriminatory housing practices were – or continue to be — used against other people of color around the US, and one can argue that at its roots, and according to the terminology used in its definition, gentrification is a racist practice that seeks to make a neighborhood more appealing to those who are deemed desirable – in other words, white people, or more specifically, wealthy white people. Women of color, particularly those who are working class and thus subjected to oppressive systems of racism, classism, ableism, and sexism, are deemed the most undesirable and are consequently marginalized. The rising cost of living, escalating rents and mortgages, stagnant wages, and gender wage-gap literally force them out of their neighborhoods, despite many having community ties for multiple generations.

Ultimately, the process of gentrification sits on a historical legacy of oppression and discrimination, and has only worsened with the shrinking of the middle class and transfer of wealth to the smallest percentage of the US population over the past 40 years. Furthermore, it has left women, especially women of color, as the most vulnerable in this process of systematic displacement. It is a matter where race, class, and gender intersect. And, for this reason, gentrification must be recognized as a feminist issue.

Cherise Charleswell, MPH is a Womanist, author/writer, poet, blogger, entrepreneur, host & producer of the Wombanist Views radio show, public health practitioner; with a background in the biological sciences and cultural anthropology. Her primary interests include epidemiological research, particularly the analysis of health inequities, womens studies and health, social determinants of health, and community outreach. Her current book projects focus on women and marginalized populations: The Link Between Food, Culture & Health Inequities in the African Diaspora, and Walking in the Feminine: A Stepping into Our Shoes Anthology.