Louisiana Attorney General Buddy Caldwell got a temporary restraining order to stop the incinerated remains of Ebola victim Thomas Eric Duncan’s belongings from being disposed of in Louisiana. Caldwell’s headline grabbing move was mocked by Mother Jones writer Tim Murphy who bestowed Louisiana with the “Prize for Ebola Fearmongering.”

“There are too many unknowns at this point, and it is absurd to transport potentially hazardous Ebola waste across state lines. We just can’t afford to take any risks when it comes to this deadly virus,” Caldwell told the New Orleans Times Picayune.

Science be damned when it comes to public health in Louisiana. It would seem so if you pay attention to the statement issued by the Centers for Disease Control: “We certainly know how to inactivate and destroy the Ebola virus. It’s readily destroyed by incineration, destroyed by chemical means,” Dr. Thomas Frieden, the CDC director stated during a press conference.

Yet Louisiana Attorney General Buddy Caldwell got a temporary restraining order to stop the incinerated remains of Ebola victim Thomas Eric Duncan’s belongings from being disposed of in Louisiana. Caldwell’s headline grabbing move was mocked by Mother Jones writer Tim Murphy who bestowed on Louisiana the “Prize for Ebola Fearmongering.”

Caldwell’s move is in contradiction to Louisiana’s standard practice of accepting toxic industrial waste from other states.

The Lake Charles hazardous waste facility — where the incinerated remains were destined for disposal — is no stranger to out of state toxic material. Ten hazardous materials the waste facility previously accepted from out of state include arsenic, asbestos, cadmium, dioxin, mercury, hydrogen fluoride, bromine, lead, barium and manganese, according to a report obtained by The New Orleans Times Picayune from the U.S. Environmental Protection Agency’s Toxics Release Inventory Program.

“It is impossible that the incinerated waste will spread infectious disease,” Dr. Brobson Lutz, a New Orleans specialist in infectious diseases, told DeSmogBlog. “But the whole idea of trucking waste from Dallas to Louisiana is ridiculous.”

He questions why the biggest state in the country needs to transport waste to the poorest one. “Texas should handle their own garbage,” Lutz said.

“The attorney general’s actions show movement in the right direction,” retired Lt. General Russel Honoré told DeSmogBlog. Honoré, founder of the Green Army, a coalition of environmental groups fighting pollution, thinks it is good to question any waste being accepted into Louisiana. But he adds, “We have a lot more serious things going on in Louisiana that are a danger to public health, that threaten our air and our water, than this incinerated waste that poses no threat to anyone, that I wish the attorney general would speak to.”

Honore points out the attorney general hasn’t weighed in on a controversial oilfield wastewater injection well that is set to be built in Houma, LA, despite citizens’ objections. Nor has he commented on concerns raised by residents of DeSoto Parish regarding the disposal of fracking industry waste. And then there’s the Coast Guards’ decision to consider allowing the transport of waste from fracking sites down the Mississippi River for disposal in Louisiana. 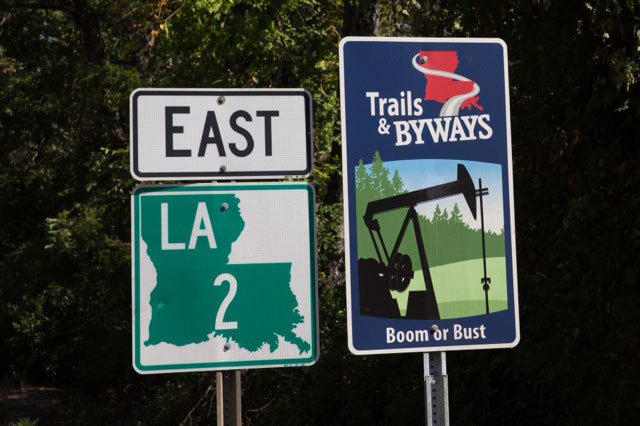 “The attorney general has some kind of unfounded fear or fetish about incinerated non-infectious waste,” Lutz says. “Louisiana, one of the poorest states in the nation, shouldn’t be taking other states waste,” Lutz argues. “But for reasons that don’t include the possible spread of Ebola.”