Transnational corporations are demanding the right to what they call “competitiveness”: lower taxes, control over lawmaking and the right to sue governments for affecting profits. In her new book, Shadow Sovereigns: How Global Corporations Are Seizing Power, Susan George shines a light on the secret corporate coalitions that are influencing critical government decisions and posing a direct threat to democracy. Get your copy by making a donation to Truthout today!

The following is a Truthout interview with Susan George, author of Shadow Sovereigns.

Mark Karlin: How are corporations taking upon themselves the role of nations as “shadow sovereigns”?

Susan George: Corporations have no desire or need to govern directly – plenty of cooperative politicians or civil servants are prepared to do that. They do, however, want to define the structures, oversee the legislation and make sure that those who govern are always mindful of their wishes. This can be done with money to elect the “right” people (especially in the United States), and through lobbies, super-lobbies that represent entire industries rather than just individual corporations and institutions, such as the US Chamber of Commerce and BusinessEurope that prepare the negotiations of international treaties. Lewis Powell – later a Supreme Court justice – could in 1971 accurately state in a report for the US Chamber of Commerce that “few elements of American society have as little influence in government as the American businessman.” Those days are truly long gone!

Here again, CEOs don’t want to wear blue helmets. Blue flags are another matter. A company can drape itself in the UN flag of the “Global Compact” cheaply just by paying a small membership fee and signing on for a few principles of human rights, labor rights and the environment. No one will ever check if they are respecting them. The UN has given instructions to its specialized agencies to have contact persons whose job is to organize cooperation with companies. The agencies without central UN budgets such as the World Health Organization are often dependent on outside money from entities like the Gates Foundation. As a result, Bill Gates has given the keynote speech at the annual World Health Assembly twice (and Melinda Gates once). These used to be attended only by government officials but now companies from many sectors – food, pharmaceuticals, chemicals etc. – participate in various UN activities. 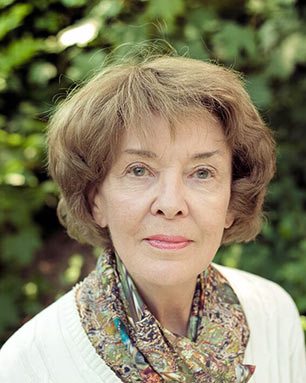 Susan George. (Photo: Transnational Institute)In reading your book, the ominous irony struck me of the implications of the legal doctrine upheld by the US Supreme Court known as corporate personhood. Isn’t the establishment of trade agreement structures that establish rights to corporations that supersede democratically elected governments the ultimate bestowal of a global corporate personhood to companies, one that is, in some cases, endowed with a higher level of certain legal rights than actual people?

I’m no expert on legal systems but in Europe we don’t even need the “personhood” doctrine – the European Commission automatically gives preference to corporations. The US and EU together have added a new twist. In the investor-to-state dispute settlement (ISDS) system included in the treaties, foreign companies can use the private tribunals to sue the government, whereas national companies cannot. The top companies not only prepare trade negotiations but also have ongoing access to the texts, which ordinary mortals, including government officials and most parliamentarians, do not. They have to go to a reading room at the US Embassy or in Brussels to read the text – but no photocopying or note-taking is allowed.

How do the free trade partnerships enable the rise of legalized, corporate, global, political power over grassroots organizations and governments?

We shouldn’t be surprised that free trade treaties legalese corporate power – the companies have been involved in preparing them for decades, always sponsored by the US Department of Commerce and the EU Trade Directorate. Take, for example, what the Transatlantic Economic Council, one of these hybrid state-corporate entities, says about itself:

“[The TEC] is a political body to oversee and accelerate government-to-government cooperation with the aim of advancing economic integration between the European Union and the United States of America.” Its goal is to “empower the private sector.” To my knowledge, no American or European ever voted for the TEC; no debate about EU-US “economic integration” has ever taken place – and the private sector has more than enough power as it is, thank you. But such trifles as voting and democratic debate are passé.

Do you have hope that the now revealed Trans-Pacific Partnership can be derailed?

That depends on our American friends and on what sort of ratification procedure is included in the treaty – I don’t know what it is. With the TTIP [Transatlantic Trade and Investment Partnership], the Commission wants to impose ratification limited to the European Parliament, arguing that trade is a “competence” of the EU alone. We argue that there’s a lot more than just “trade” involved and national parliaments should be given the power to ratify as well. Naturally, we still hope we can derail it before it gets that far. It would be great if the other Pacific countries included in the TPP had the chance to ratify – there could then be campaigns to say “No.”

In your conclusion, you refer to transnational corporations as holding the residents of the earth hostage. How is that so, particularly in relation to global warming, for instance?

A few US energy and vehicle manufacturers have been funding climate denialists for years. I call them denialists because comparison with Holocaust deniers is valid and valuable. People are already dying in large numbers due to “exceptional” weather events, which are three times as frequent as 30 years ago and will grow less and less exceptional as time goes on. The success of these corporate sponsors is so great that a Republican presidential candidate cannot afford to affirm that climate change is real and [human]-made. This situation is unique: No other even semiliterate country in the world matches the US level of negationism, which, if it prevails, will kill millions, beginning with the poorest and most vulnerable but moving inexorably towards the better-off, creating chaos and conflict in its wake. If that’s not hostage-taking on the grandest possible scale, words have no meaning. The companies (and politicians) promoting it are criminals.

What is the impact of “shadow sovereign” global corporations on the economies of Southern nations?

Close to a trillion dollars is being siphoned out of the Southern Hemisphere every year. Not all of this is due to misbehavior on the part of corporations – crime, corruption and local elites are also to blame, but according to the watchdog NGO Global Financial Integrity, “Concerted action is needed by the international community to assist all developing nations in curtailing the phenomenon of ‘trade misinvoicing’ (i.e. trade fraud) which moves up to 80 percent of all illicit funds offshore.”

“Transfer pricing” allows companies, usually quite legally, to put their profits in countries with low or nonexistent tax rates and their losses in high-tax jurisdictions. The top transnational accountancy firms help them do it. Incoming funds such as development aid and worker remittances are dwarfed by these outflows.

You devote a chapter to the impact of the annual Davos gathering. Why is the elitist, neoliberal, corporatist agenda of the “Davos class,” as you call them, so threatening?

What I call the “Davos class” is a genuine social class and should be recognized as such by sociologist and economists – the nomadic, multinational 1 percent of 1 percent with its own class markers: same schools, clubs, multiple residencies, communication in English, watering holes and get-togethers like the January Davos meeting itself, more formally known as the World Economic Forum. Nearly everyone knows about that meeting – and hardly anyone has heard of the WEF “Global Redesign Initiative.” That’s what I describe in the book. According to Davos, multilateralism is dead, long live multistakeholder-ism – mostly corporations. You and I are not “stakeholders” unless Davos says we are. The term, much used in the EU and the US, has handily displaced “citizens.” Governments are no longer good at fixing anything – so hand over problem solving worldwide and in all areas to those who are.

Can you describe the Transnational Institute that you have been associated with for decades?

Here is what we say about ourselves: The Transnational Institute (TNI) is an international research and advocacy institute committed to building a just, democratic and sustainable world. For more than 40 years, TNI has served as a unique nexus between social movements, engaged scholars and policy makers.

I would add to that that we come from all over the world and we are “scholar-activists” – that’s the description I apply to myself, along with “knowledge worker” – all of us are active in social movements in our own countries. The minimalist description that goes with our brand-new logo is “ideas into movement” and it’s an inspiring place – my intellectual home for 40 years and I’m proud to be its president.

You were born and raised in the United States, but have lived most of your life in France. Do you see any distinctions between the US and the German-led Northern nations of the European Union toward the global corporate and financial policies of the World Bank, the International Monetary Fund and the superseding of sovereignty by corporations?

Where corporate power and neoliberal doctrine are concerned, the US has always been the leader. It started the whole neoliberal movement, which really took off in the 1970s; it invented “structural adjustment” policies for the [global] South at the same time: These are now called simply “austerity” policies and are applied in most European countries, including the UK. US policy still dominates in the World Bank and the IMF.

I’m eternally grateful to France where I was able to work for two higher degrees including a Ph.D. virtually free of charge and where my husband died despite excellent care after an illness that lasted a year and a half – which would have been ruinous had we lived in the United States. We continue to have better health and education policies and decent labor laws here than in the US, but all our social gains in Europe since the end of World War II are now under threat and being rapidly eroded. Don’t let anyone tell you France is a genuinely “socialist” country despite the name of the governing party.