This is the third and final installment of Dan Archer and Adam Bessie’s “The Disaster Capitalism Curriculum.”

In our first two episodes of “The Disaster Capitalism Curriculum,” we took readers to Washington, DC, and post-Katrina New Orleans, tracking how the spread of GERM – the Global Education Reform Movement – is transforming public education into private enterprise. Once born of neoconservative economic philosophy, GERM is now fully bipartisan, and, thus, because there is so little public debate between Democrats and Republicans, the corporate media portrays competition, testing and school choice as our only choice for school improvement.

But there is another way.

In our concluding episode, we take readers to Finland, in an extensive original interview with world-renowned education expert Pasi Sahlberg, director general of Centre of International Mobility and Cooperation in Helsinki. The following report is based on an extensive original interview with Dr. Sahlberg, his book “Finnish Lessons” and a small selection of his many published essays (see a selection of his works below). Here, he provides an alternative vision for empowering public education, a way to improve schools that few Americans have been exposed … though one which isn’t so foreign as it first seems.

Run your cursor over the comic to bring up black circles, which tell you that there is interactive content underneath. Simply click on them to be taken to relevant source materials. 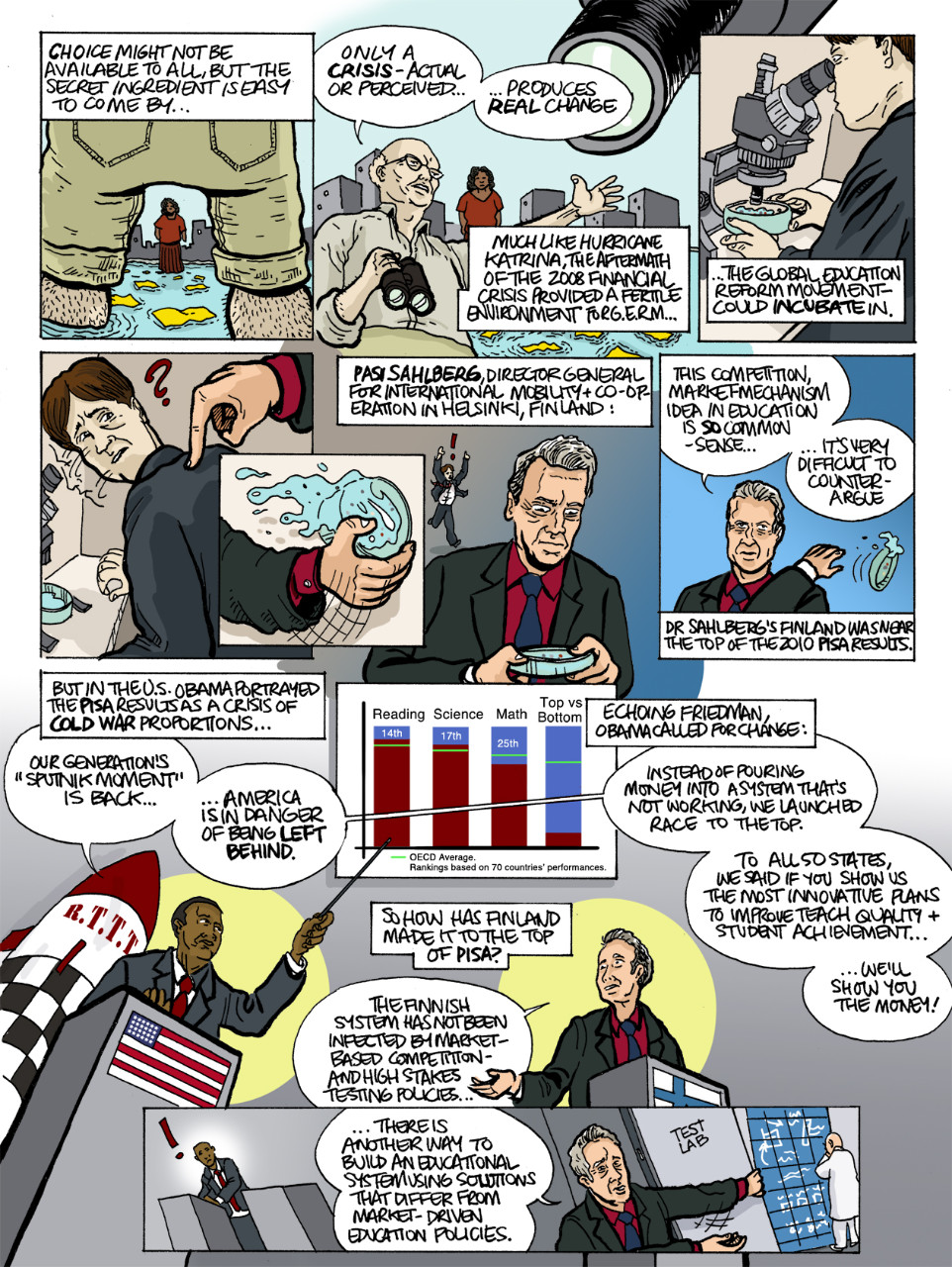 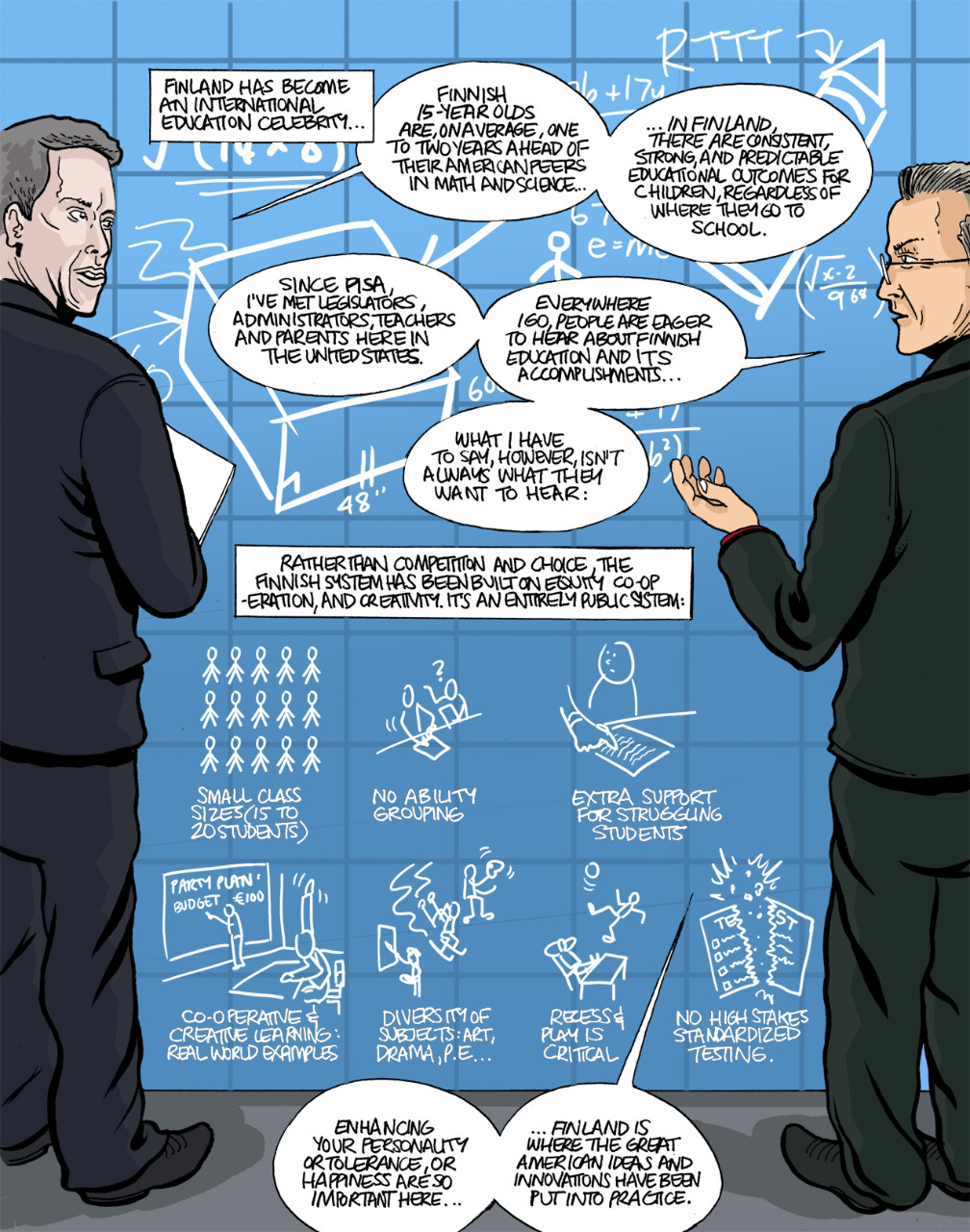 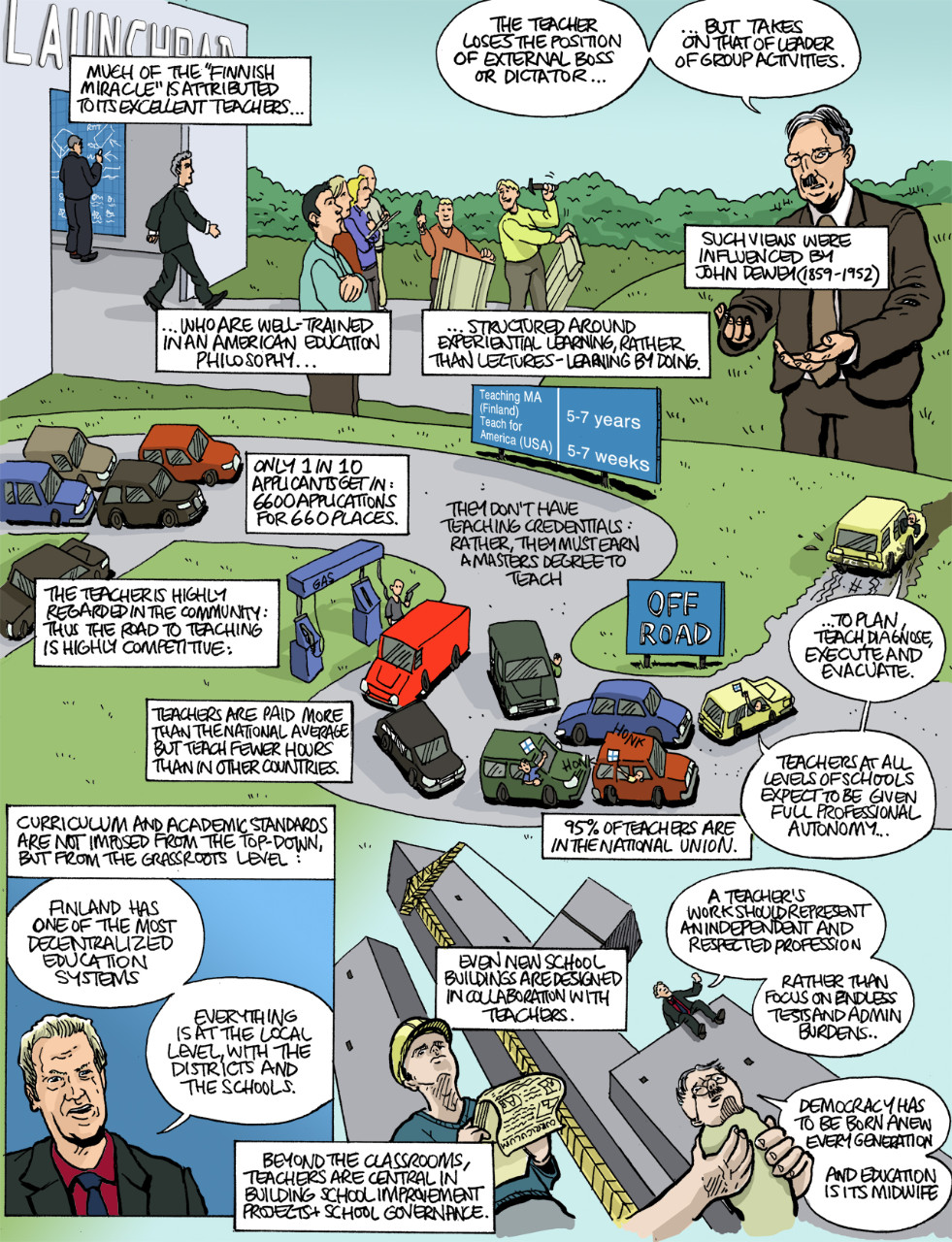 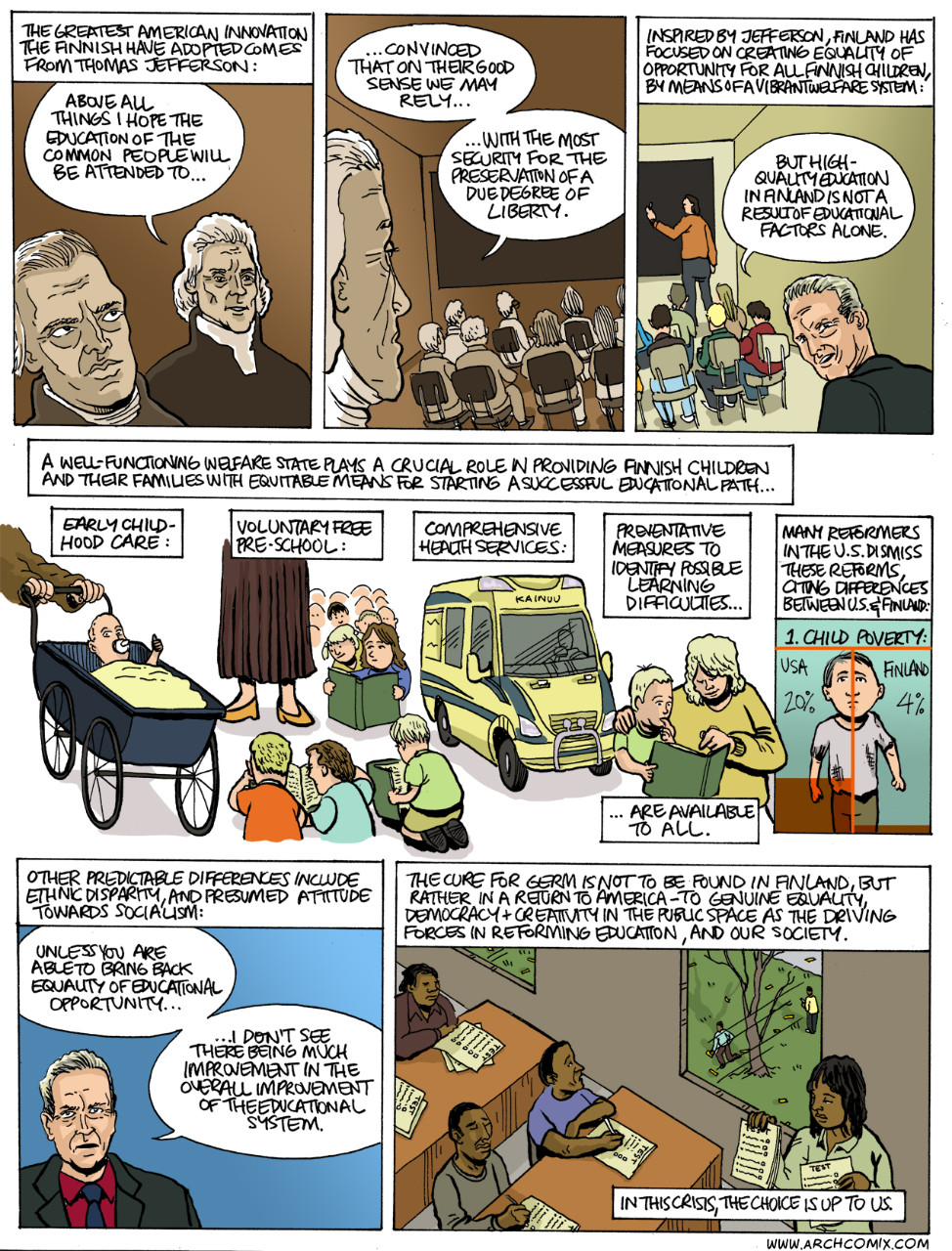 You can pre-order the complete print copy of “The Disaster Capitalism Curriculum: The High Price of Education Reform” – including all three episodes in full-color – here, through Chip-In.

Pasi Sahlberg, “What the US can’t learn from Finland about ed reform.” The Washington Post’s “Answer Sheet. April 17, 2012.

More by this author…
Dan Archer