© 2023 Truthout
Interview
|
Economy & Labor
Why Did Economy Shrink So Dramatically During the First Quarter of 2014? 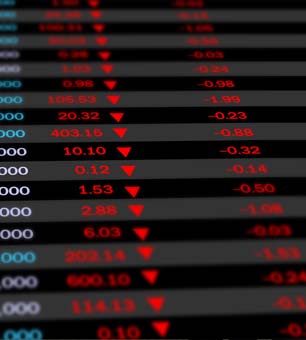 ANTON WORONCZUK, TRNN PRODUCER: Welcome to The Real News Network. I’m Anton Woronczuk in Baltimore. And welcome to another edition of The Pollin Report.

Now joining us is Robert Pollin. He is a professor of economics and a founding codirector of the Political Economy Research Institute at the University of Massachusetts Amherst.

Thanks for joining us, Bob.

ROBERT POLLIN, CODIRECTOR, PERI: Thank you very much for having me on.

WORONCZUK: So let’s talk about the recent figures that were released by the U.S. Commerce Department that showed the U.S. economy contracted by 2.9 percent in the first quarter of this year. Give us some context for this number.

Now, the number is being generally dismissed as having been a blip due to two factors, one being the severe winter in the first three months of 2014 in the Northeast, which I experienced, I must say, and the other being the rollout of Obamacare and the disruptions caused by the way that that was rolled out badly, given that the share of health care in the economy is 17 percent. So when something is disrupted there, that is going to weaken the level of GDP, which is the level of activity in the economy. So on the one hand, we do have these explanations.

On the other hand, we have to keep in mind that, you know, you can’t just call it a blip. It by itself constitutes the equivalent of a recession if it were to go on another few months.

WORONCZUK: So if I turn on CNN, it will tell me as well that this is a temporary freak event, and like you said, that it was triggered by a harsh winter. And, I mean, they say not to worry about this, because if you look at job creation in the past few months, that there have been more people hired. So is that the case? Or, like, what would you say are the structural problems that are driving the decline here?

POLLIN: Well, all of the above, really. The fact is that the severity of the downturn was probably not consistent with the longer-term trajectory that the economy is on. The economy is on broadly something like a recovery. But now we have to put that in context. The Great Recession ended officially five years ago, at the end of June 2009. So we’re at the end of June 2014—the recession ended officially five years ago. However, the recovery from the recession has been a weak all along, not just the last quarter. So it wasn’t just a blip.

What happened in the last quarter was broadly consistent with the weakness of the recovery, just to give some evidence on that. In the previous eight recessions that the U.S. has had since World War II, you see strong recoveries after the recession ends, so that, say, three months after the recession ends, the economy is growing on average at about four and a half percent a year. That’s positive four and half percent growth on average. In this recession, after the recession ends in 2009, average growth has only been 2.3 percent—half the rate of improvement that we’ve seen in the eight previous recessions. So we could say that this massive one-quarter contraction was a blip, but it wasn’t just a blip, because it comes amid a very weak recovery that’s been going on now for five years.

So normally the level of activity in the economy is increasing. For one thing, there’s more people. So, you know, little by little, as there’s more people born, moving into the labor force, GDP goes up. Secondly, on average generally productivity, the amount any given person can produce over the course of a day, over the course of the year, that is going up, even if modestly. So overall GDP tends to go up.

Now, again, you can say, well, this really was just due to these unusual circumstances—very bad weather and the rollout of Obamacare. And those things are certainly problematic. But the broader issue is the economy has not figured out how to get out, fully out of the Great Recession, the financial collapse and great recession that caused mass unemployment and continued ongoing suffering.

One of the biggest factors as to why we haven’t fully recovered yet is that the financial imbalances were so severe and that households in particular had taken out big mortgages—and they still are suffering over the burden of debt that they’re carrying, and they’re not able to spend, they’re not able to move, because they can’t get out of their houses, because their mortgages are so big. These are things that are being reflected in the weak recovery.

WORONCZUK: So then what policy recommendations would you propose in order to prevent this kind of decline or contraction of the economy?

POLLIN: Well, first of all, we have to recognize that we are in a recovery, yes, but a very weak recovery, and that therefore any notion that the economy should move toward something like austerity that has been the dominant policy agenda for the last three years or so is completely wrongheaded. The only conceivable justification for cutting back on public spending is when the economy is flourishing. The economy is not flourishing. It’s not close to flourishing. Imposing austerity, which is cuts in the public sector, cuts in education, cuts in health care, cuts in social insurance, cuts and environmental spending, all of those things, those are keeping the recovery weak. So it’s a completely wrong policy. So for starters we have to reverse austerity. We have to continue to expand government spending in the public sector.

WORONCZUK: Okay. Bob Pollin from PERI, thank you so much for that report.

POLLIN: Thanks very much for having me.

WORONCZUK: And thank you for joining us on The Real News Network.