ST. LOUIS, Mo. – Protests occurred both inside and outside the Monsanto shareholder meeting in St. Louis on Tuesday as local activists, shareholders and citizens from across the country joined in 20-degree weather to demand the biotech giant label genetically-modified organisms, or GMOs.

The activists arrived accompanied by five colorful “fishy cars” representing the fishy food that has been genetically modified and consumed by Americans now for decades. Protesters hoped to make a single powerful statement: Label it.

For the first time ever, Monsanto shareholders convened to vote on a resolution to support GMO labeling – brought by shareholder and food safety activist Adam Eidinger of Occupy Monsanto, and presented by family farm advocate Dave Murphy of Food Democracy Now!

“We need to label our food,” added Maxit. “The idea is that we’re not trying to scare people – we’re just trying to use humor and art” to educate people about the importance of labeling GMOs.

Food Democracy Now!’s Dave Murphy served as the proxy on Tuesday presenting the GMO labeling resolution to the Monsanto shareholders.

GMOs are organisms, such as corn or tomatoes, whose genetic makeup have been modified in a laboratory and spliced using DNA from bacteria, viruses or even fish. Many believe the “fishy food” causes health problems such as cancer. Thorough, long-term studies have yet to be completed on the health impacts of GMOs.

And until the products we consume get labeled, activists are worried it will be impossible to track the real effects of the food in our systems.

“We’re asking that Monsanto stop fighting the will of the American people, 90 percent of whom want to know if their food has been genetically engineered in a laboratory,” said Murphy, whose organization has bloomed into a grassroots movement of more than 650,000 farmers and citizens dedicated to reforming America’s food system.

“If Monsanto can profit off a patent in their products and label their foods in India, China, Russia and South Africa, they can certainly agree that Americans should have this basic right as well,” he added.

Yet, “In the past two years, Monsanto has spent more than $13.4 million to defeat GMO labeling efforts in California and Washington state. This is an outrageous fortune wasted.”

A second shareholder resolution that was to be voted on at the company’s annual meeting, sponsored by activist investor John Harrington, dealt with Monsanto’s potential liability to organic farmers.

In October, more than 700 activists descended on the company’s St. Louis headquarters as part of the global March Against Monsanto. Protestors flooded onto the roadway, blocking traffic and overwhelming police on the road leading to their offices.

The city had previously seen large protests for the first March – an international day of action in May of last year, when some 2 million people participated in events in nearly 500 cities.

“The thing about labeling GMOs is: what’s wrong with transparency?” said Shamal Halmat, 26, one of the activists gearing up to protest in 20-degree weather on Tuesday.

“There shouldn’t be anything wrong with transparency. That’s really what’s being asked for,” added Halmat, “so hopefully if they don’t really have too much to hide, they’ll be transparent.” 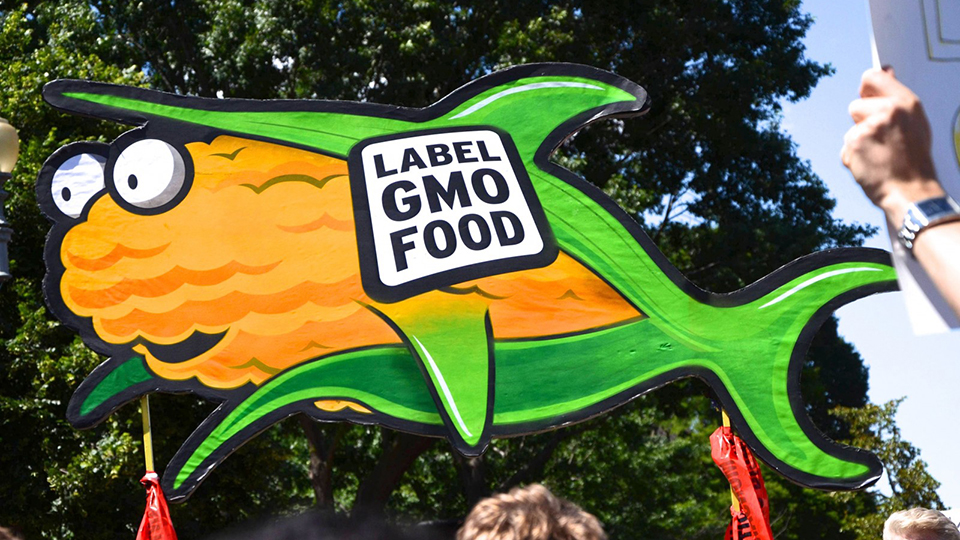 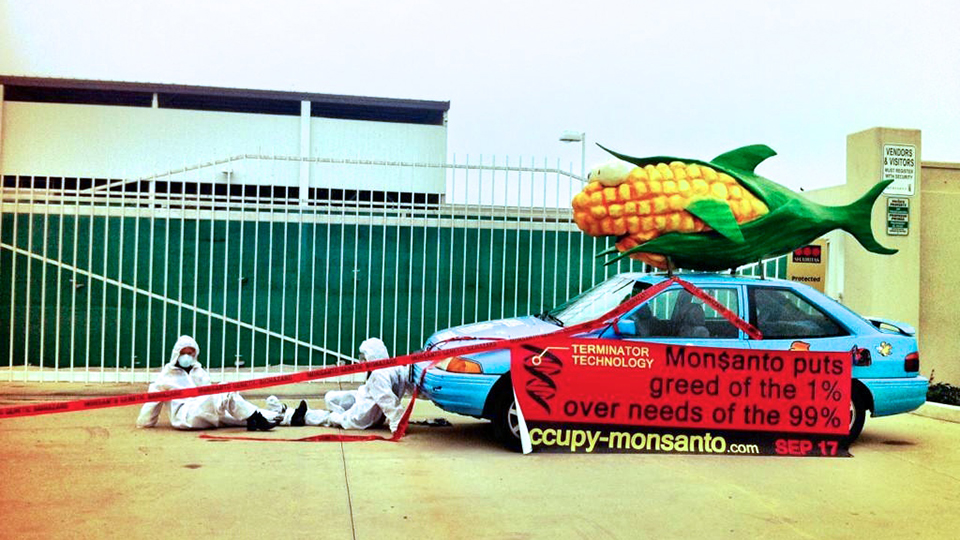 Lacy MacAuley is a media relations professional and global justice activist working in Washington, DC. She has a degree in international relations focusing on world development studies.