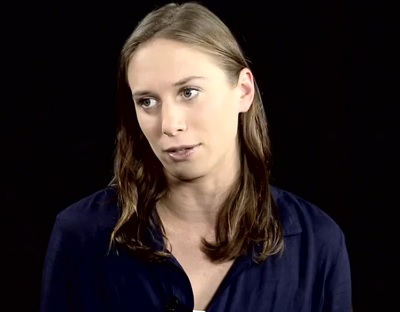 GRITtv)” width=”400″ height=”312″ />Author and activist Laura Gottesdiener. (Screen grab via GRITtv)Bulk packages of ketchup and cornflakes are not the only items that can be bought when shopping at Costco. In a recent move to step in where the banks have left a void, stores like Walmart, Costco and Home Depot are providing financial products like mortgages and various loans. It’s too early to tell where these new avenues of lending will lead, but they raise a few concerns for us at GRITtv. In the six years since the housing crash, more than 10 million people, disproportionately people of color, especially African Americans, have been evicted from their homes. In 2009 GRITtv interviewed whistleblower Beth Jacobson, who was a top subprime loan mortgage lender at Wells Fargo in Baltimore, and who revealed some of the underhanded tactics that targeted communities of color.

Homeownership in the United States has been the key to unlocking a road to wealth. The recent rise in home prices is being lauded as an example of a housing recovery, but a recovery for whom exactly? There has been little stabilization for people who have been foreclosed upon, or who are in the process of foreclosure. GRITtv guest Laura Gottesdiener, activist and author of the newly released book A Dream Foreclosed: Black America and the Fight for a Place to Call Home, stopped by the program to set the record straight about what is really happening: “This rise in home prices that we are experiencing isn’t largely being driven by new families buying their first home. It’s largely being driven by hedge funds – huge private equity companies – who are going into neighborhoods and buying up hundreds, sometimes thousands of foreclosed properties in any individual city.”

Property ownership has long been a bulwark against full democracy in the United States. Race, gender and class were important factors in determining access to civic participation. Gottesdiener speaks to GRITtv about the historical practices, like redlining, that have excluded people from pathways to wealth: “The Federal Housing Administration’s policy was taking huge maps of the United States and drawing red-markered lines around any neighborhood in which people of color – anyone who was not white – lived…the government would only extend or back credit in communities that were white.” Gottesdiener also talked about her role with Occupy and other groups like Take Back the Land and Moratorium Now who are not only fighting to keep people in their homes, but are changing the way we think of housing in this country.