Over the Thanksgiving holiday, my husband and I visited our daughter, who teaches at a branch of the University of Wisconsin in Stevens Point, and I decided to use the occasion to investigate the legacy of the New Deal in this small college city in central Wisconsin. I am a member of the Research Advisory Board of the Living New Deal Project, headquartered at the University of California, Berkeley. This project has been documenting the New Deal’s living legacy across the entire country and has already located thousands of projects built during this remarkable period in our nation’s history. At a time when government is being derided as the enemy by those who aspire to the nation’s highest office, those of us working on this project believe it is all the more important that we recover this history and absorb its lessons.

What I found in Stevens Point, ranked seventh among the “best small cities” in the United States, was astounding. In this one small city, whose population in 1934 was only 13,622 (currently 26,717), the federalgovernment during the Great Depression had left a permanent legacy of public works that continue to contribute to the quality of life in Stevens Point. At the height of the Depression, when 10 percent of the town’s population was on relief, the Works Projects Administration (WPA) employed more than 400 Stevens Point residents in the building of dozens of amenities. P.J. Jacobs, the junior high school my granddaughter attends, was built between 1936-1938 with funds supplied partly by the Public Works Administration (PWA) and by workers employed bythe WPA, two of the several alphabet soup employment programs funded by the Roosevelt administration. It opened in 1938 as the town’s only high school until the 1970s when, by then, the population had grown too large. Workmanship in this school, as in all of the other WPA projects I observed, was of the highest quality. Reflectingthe labor-intensive nature of New Deal employment programs, these were infrastructures that were not only meant to last, but to add beauty and elegance to their surroundings. 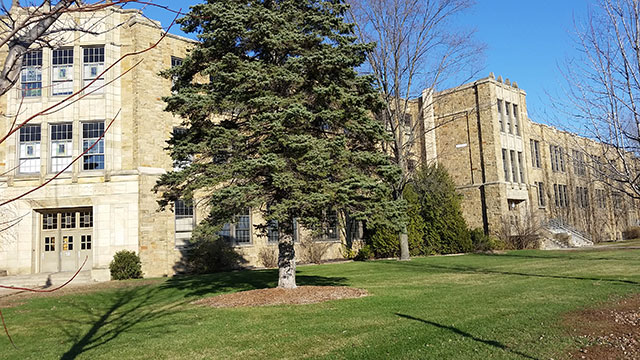 Another of the gifts of the New Deal era is Jules Iverson Memorial Park, one of Stevens Point’s loveliest recreation areas. At over 121 acres, it is one of the city’s largest parks and is full of WPA handiwork. Among them are several sandstone buildings, including a community house, a nature center and equipment rental building, the caretaker’s home that is now available for group rental and several picnic shelters. The Plover River, a shallow, meandering stream with several channels that winds its way through the park, was graced by WPA workers with stone-lined channels and rustic stone bridges to create a graceful water landscape. 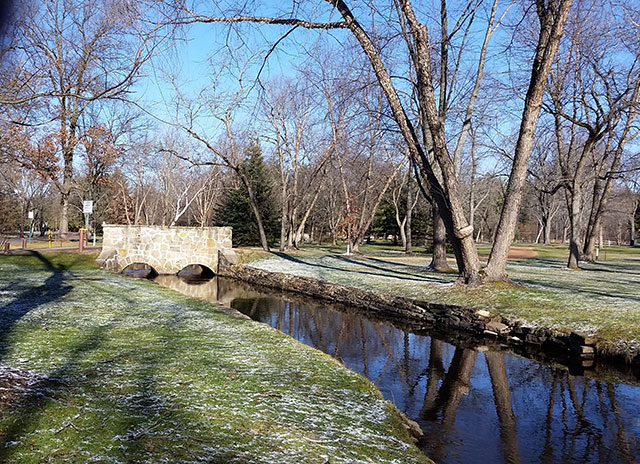 WPA workers also dredged the river to create a public swimming hole, built a bathhouse and toilets, a giant toboggan slide, created woodland trails through an adjacent forest area that connects with a 26-mile “Green Circle” that encompasses the city, and constructed two stone entrances and a driveway into the park. The WPA also paid for 50 men to be employed in the local sandstone quarry, apprenticed to become skilled stone cutters and finishers. 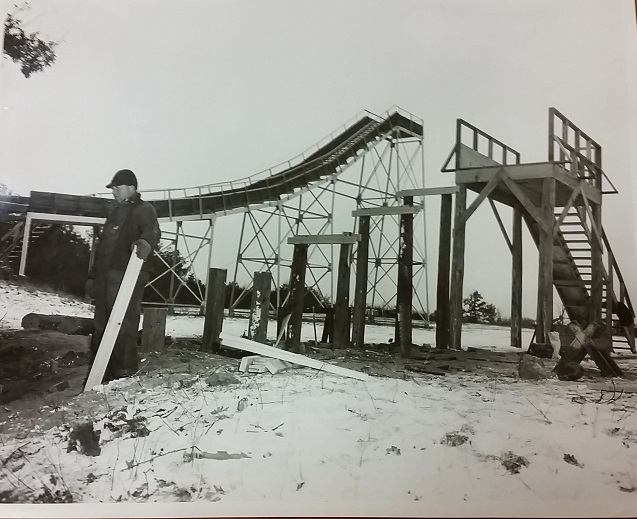 Near the university sits 28-acre Goerke Park with two baseball diamonds, tennis courts and a concrete and stone football stadium that boasts a WPA-constructed grandstand of native sandstone.

In another part of town, funds from the Federal Emergency Relief Administration (FERA), the Civil Works Administration (CWA) and the WPA, built the John J. Bukolt Community Park along the Wisconsin River. Originally called Water Works Park, Bukolt’s ability to serve the recreational needs of the city was greatly improved with WPA projects including landscaping, parkways, a large lodge, fireplaces, a bathhouse and beach area, a diving tower, boat ramps and the beautification of a lagoon. 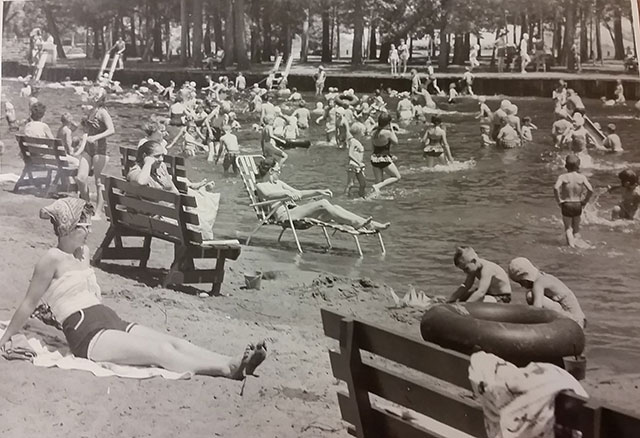 It is a sad commentary on our society that so much of our population knows little or nothing about the accomplishments of the New Deal in contributing not only to the incomes and dignity of the unemployed and impoverished during the Great Depression, but to the country’s basic infrastructure, most of which is still in use today, as well as to the beautification of our cities, the saving of our environment and the cultural heritage of our people. The challenges we face today – whether we are talking about reducing inequality, dealing with public health crises, our failing infrastructure or saving the planet from cataclysmic climate change – cannot possibly be met through Donald Trump’s preposterous “Make America Great” schemes, Rand Paul’s libertarian fantasies or the anti-government, anti-tax and deregulatory rants of any number of the other Republican candidates. We do need big government, but a government that is based – as it was in the 1930s – on building from the bottom up, agovernment committed to the needs of the common people, not the greed of the powerful nor the vested interests of the national security state. Real quality of life can only be achieved when government is seen as the solution, rather than the problem.

Share
Copyright, Truthout. May not be reprinted without permission.
Sheila D. Collins