When the U.S. Supreme Court struck down a key part of the Voting Rights Act last June, justices left it to Congress to decide how to fix the law. But while Congress deliberates, activists are turning again to the courts: At least 10 lawsuits have the potential to bring states and some local jurisdictions back under federal oversight – essentially doing an end-run around the Supreme Court’s ruling.

A quick refresher: The Voting Rights Act outlaws racial discrimination against voters. But the law’s real strength comes from its “preclearance” provision, which forces jurisdictions with a history of racial discrimination to submit new voting measures to the federal government for approval.

In last summer’s Shelby County v. Holder ruling, the Supreme Court threw out the part of the law that spelled out when states were automatically subject to federal oversight. States that have been released from preclearance have already passed a rash of new restrictive voting measures, as ProPublica reported earlier.

Enter the lawsuits, which hinge on a different part of the Voting Rights Act, the so-called “bail-in” provision. It lets federal courts impose preclearance if a state or local jurisdiction violates the Constitution’s 14th or 15th amendments, which guarantee equal protection and the right to vote.

While the “bail-in” provision has emerged as the new tool of choice for voting rights activists, it is not as sweeping a remedy as the oversight authority the Supreme Court dismantled.

Before the ruling, states, counties and other jurisdictions that were subject to preclearance had to get every single voting change approved – whether they wanted to require a photo ID to vote, change voting hours on Election Day or move even a single polling place.

Under “bail-in,” the court can tailor oversight to the situation. A state that enacts an unfair redistricting map, for example, may only need to submit its next map for federal approval.

To prevail in court, plaintiffs must prove a jurisdiction intentionally crafted laws or rules to discriminate against minorities. Although that’s not an easy standard to meet, it’s been done before: In the nearly 50 years before Shelby County v. Holder, courts imposed federal oversight requirements at least 18 times after finding that minority rights had been violated.

So far, the Justice Department has joined two lawsuits against Texas and has launched its own case against North Carolina. Following is a rundown on all the lawsuits, and an update on the effort in Congress to amend the Voting Rights Act after last year’s court ruling.

Michael Li, a Dallas election law lawyer who runs a blog that exhaustively tracks Texas election news, thinks “there’s a decent chance” Texas will be put under federal supervision— since a federal court already ruled that the state’s Congressional and state Senate redistricting maps were intentionally discriminatory. But ultimately, he expects the question will be kicked up to the U.S. Supreme Court.

Before the Supreme Court’s ruling …

State and local governments that had literacy tests and low voter turnout in the 1964, 1968 or 1972 presidential elections had to submit all new voting changes for federal approval. Jurisdictions could be released from oversight after 10 years without problems. As of June 2013, these areas were still subject to preclearance.
Now contested in courts … 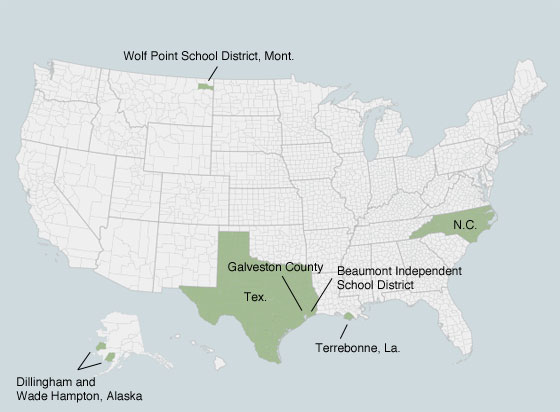 Plaintiffs have asked federal courts to impose Justice Department oversight on two states and six local jurisdictions. Texas is home to four lawsuits – two against the state and others against Galveston County and the Beaumont Independent School District.
If Congress acts … 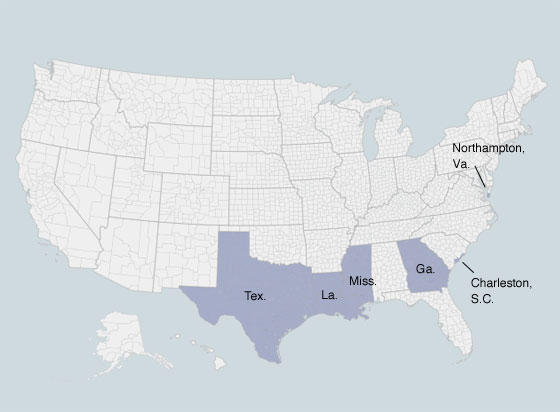 Under bills in the House and Senate to amend the Voting Rights Act, four states and two counties would face federal oversight because they’ve committed too many “voting rights violations” over the past 15 years.

While the lawsuits play out in the states, Congress is considering a new proposal to rewrite the Voting Rights Act provisions that trigger federal oversight.

Legislation in both the House and Senate would make it easier to “bail-in” new states: Courts could institute preclearance if a jurisdiction violated any federal prohibition on voting discrimination, not just the Constitution. That way, plaintiffs would not have to prove the discrimination was intentional.

The new formula would also cover counties, townships and other political subdivisions that have three violations over the 15 years, or just one violation combined with consistently low minority turnout.