Much has been written about Sheriff Michael J. Ashe of Hampden County as a heralded criminal justice reformer. Most recently the Massachusetts Attorney General candidate, Warren Tolman, claimed support of Ashe with these words,“Sheriff Ashe has been a leader in the Commonwealth on finding ways to rehabilitate, treat mental illness and be proactive in instituting criminal justice reforms.” Even Judge Michael Ponser, the judge who ruled that Sheriff’s Ashe’s deplorable policy of videotaping strip-searches in the women’s prison in Chicopee was “unconstitutional,” also noted that Ashe has a good reputation running the county’s jails in the Conclusion to his Decision. 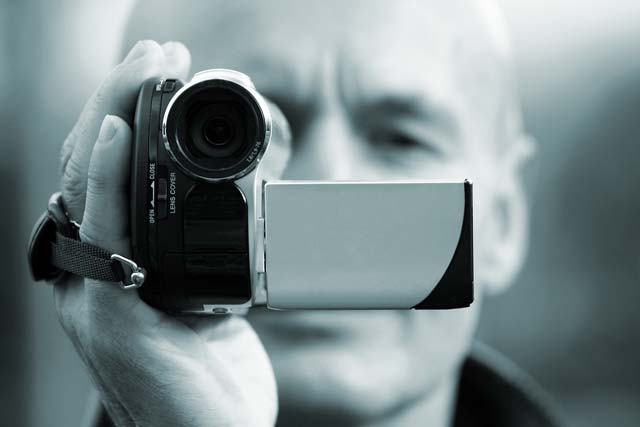 But Debra Baggett, the plaintiff in the class-action case for 178 former and current detainees at the Chicopee jail has much to say about the place where 274 strip searches were videotaped. The lawsuit was filed by the law offices of Howard Friedman in 2011 against Sheriff Michael J. Ashe and Assistant Superintendent Patricia Murphy of the Western Massachusetts Regional Correctional Center in Chicopee and it contended that the searches violated the Fourth Amendment which protects citizens from unreasonable searches and seizures.

These tapes, began in mid-September 2008, and according to the suit, 68 percent of them show “some or all of the women’s genitals, buttocks, or breasts.” Per Friedman’s law office website, “From September 15, 2008 to May 20, 2010, males held the camera for about 70% of the strip searches.” And the gender of the camera holder is not irrelevant in spite of the fact that men were supposed to have their backs to the prisoners during the videotaping. As the judge pointed out, “If you’re going to videotape something, it’s awfully hard not to view it.”

The jail contended that these videotapes were used for safety reasons and to document a “potentially dangerous move” from general population to the segregation unit. But as David Milton, an attorney for the women, said of the jail, in a telephone interview, “No one couldn’t identify a single place in the country that videotaped strip searches.”

Baggett, who is now living in Alabama, said that to her, the policies at Chicopee certainly didn’t look so progressive. She explained that “Seg” or the Segregation Unit was “multi-function;” in other words, it was used to isolate women with behavioral issues and supposedly to prevent those with mental health issues from suicide. Baggett said to me, imagine being a woman who had just lost her daughter or someone who had been raped a few hours before her arrest—both cases which occurred during her jail stay in Seg—and imagine how distraught you might be. Then imagine a jail that decides to handle such women with strip searches after they have been transferred from general population to Seg. From Think Progress, These searches required a woman to “run her fingers through her hair, remove dentures if she wore them, raise both arms, lift her breasts, lift her stomach for visual inspection if she had a large mid-section, and remove any tampon or pad if she were menstruating. She was then required to turn around, bend over, spread her buttocks, and cough.”

Then imagine being videotaped during those searches. Videotaped, because the jail contended this was a necessity to stop possible infractions.

In two phone interviews, Baggett was very open about the fact that a “Mental Health person was almost non-existent” in her experience in Seg. She never once saw a psychiatrist while she was there. She said that medication for her mental health issues was taken away when she entered WCC and she had a severe withdrawal from being without it that led to restraints and pepper spray. She said this kind of treatment exacerbated the issues that she suffered from.

Lois Ahrens, Director of The Real Cost of Prisons Project (RCPP), in 2012, in a letter to the Daily Hampshire Gazette, said that “Kate Decou, the former assistant superintendent of the Hampden County jail, wrote in the Journal of Correctional Health in 1998 that ’75 percent of women reported histories of sexual and physical violence, 82 percent were arrested for drug offenses, 15 percent had severe mental illness, 50 percent reported symptoms of post traumatic stress disorder, 33 percent were homeless upon arrest and 85 percent were mothers.’”

Why on earth would someone who aims to be a reformer advocate for videotaping strip searches of these women?

Ahrens, an activist/organizer for more than 40 years lives not far from the jail. She has been fighting against its expansion which will include 134 women, all pre-trial, Ahrens said in a phone interview. She called Ashe “an empire builder” who “has built bigger and bigger jails. He has provided the place for all of these women, 60% of whom are there pre-trial. If he was a reformer he would say we don’t need another jail to lock people up…we need to create community-based programs.”

There is no doubt, however, that Ashe is popular with many. In a Commonwealth Magazine article in 2001, writer Neil Miller praised his reentry programs and Michael Albano, now Governor’s Councilor but then mayor, said “he could get re-elected in his sleep.” But Miller also pointed out the initial controversy when Ashe hired his brother Jay and said “Ashe’s popularity may have as much to do with his regular-guy persona and reputation for integrity as his policies. Indeed, his personal popularity may provide cover for policies that would otherwise prove politically hazardous.” Or is his beloved status just loyalty to an “entrenched sheriff?”

Miller was certainly not talking about the same policies that have recently come under scrutiny. It is not only videotaping of women being strip searched but of another barbaric policy that catapulted Chicopee into the news. Until 2014, at WCC, women were shackled while giving birth, a policy that has been criticized vociferously by human rights organizations and the ACLU. As I wrote in Boston Magazine, women like Kenzie, who requested to be identified only by her first name, arrived at a hospital only 11 minutes before her child was born. “No one believed I was in labor because I wasn’t hysterical and screaming,” she said in an interview. The fact that no one took her seriously is another indictment against the jail.

Massachusetts finally made it a law not to shackle women during birth but it took years and many traumatic experiences behind bars for Governor Deval Patrick to say, “It blows my mind that I have to sign a law for that.” And again, why did this take so long to change? Where was Sheriff Ashe in this controversy and why didn’t he try to enact reforms earlier?

Debra Baggett will hear in early September about the monetary settlement for her suit. When I asked her what she imagined would happen, she answered, “Jean, how much do you think my dignity is worth?”

It is troubling that policies about women’s dignity are the ones that stand out so clearly. It is troubling that so many women, like Debra Baggett, were not listened to when they said that they were traumatized. It is troubling that it takes laws and lawsuits to get change that should come with respect for human dignity, especially when the word “reform” is tossed around so easily, and some might say, so carelessly.