© 2023 Truthout
News
|
Uber-Vultures: The Billionaires Who Would Pick Our President

Hedge fund magnate Paul Singer likes to breakfast on decayed carcasses. What he chews down is sickening, but just as nausea-inducing are his new tablemates: billionaires Ken Langone and the Koch Brothers, Charles and David.

Singer has called together the billionaire boys' club for the purpose of picking our next president for us. The old-fashioned way of choosing presidents – democracy and counting ballots and all that – has never been a favorite of this pack. I can tell you that from my investigations of each of these gentlemen for The Guardian. When the Statue of Liberty has nightmares, she dreams that these guys will combine to seize America via a cash-and-carry coup d'état.

Welcome to the nightmare. Singer, Langone and the Kochs last month decided to elect Chris Christie for us. The New Jersey governor's pseudocampaign went belly up before it began. But that's beside the point. Now that the Supreme Court has effectively ended campaign finance limits and allowed secretive contributions through “corporations,” this new combine of the ultrawealthy should not be viewed as just a political threat to the Democrats, but as a threat to democracy.

Let me give you a rundown from my sulphur-scented files on these men who would be king-makers.

Langone likes to be known as the founder of Home Depot, just your local tool guy in a blue apron with a little bag of screws.

But he was also the man, with his right-wing partners, behind Database Technologies (DBT). It was in my first investigation of Langone in 2000 that I discovered that DBT had created a list of several thousand “felons” – most of them black, all of them innocent, all of them purged from Florida's voter rolls by DBT's client, Katherine Harris. And Langone's company knew exactly what was going on.

What qualifies Langone to pick our president? In his own words: “I'm nuts; I'm rich.”

Billionaires 2 and 3: David and Charles Koch

You think you've read all about the billionaire brothers. Well, there's more:

In 1996, an FBI agent, Richard Elroy, told my team that oil had been pilfered from the Osage Indian reservation in Oklahoma. He and other G-men filmed the filch-theft, say witnesses, personally ordered by Charles Koch. A few barrels here, a few barrels there.

It all added up: to about a billion and a half dollars in looted petroleum, says one expert, a third of the Koch fortune at the time. David and Charles shared in the booty via their private company, Koch Industries.

Now we get to the carrion king, Paul Singer, known as Singer The Vulture. I didn't give him the moniker. The name Vulture was tagged on him and his speculator colleagues by the prime minister of Britain and the World Bank. Recently, former United Nations envoy Winston Tubman suggested I ask Singer or his business associates, “Do you know you're causing babies to die?”

What does this guy do – put poison in kiddies' milk? Worse: he takes away the milk.

Singer's modus operandi is to find some forgotten tiny debt owed by a very poor nation (Peru and Congo were on his menu). He waits for the United States and European taxpayers to forgive the poor nations' debts, then waits at bit longer for offers of food aid, medicine and investment loans. Then Singer pounces, legally grabbing at every resource and all the money going to the desperate country. Trade stops, funds freeze and an entire economy is effectively held hostage.

Singer then demands aid-giving nations pay monstrous ransoms to let trade resume. At BBC TV's Newsnight, we learned that Singer demanded $400 million dollars from the Congo for a debt he picked up for less than $10 million. If he doesn't get his 4,000 percent profit, he can effectively starve the nation. I don't mean that figuratively – I mean starve as in no food. In Congo-Brazzaville last year, one-fourth of all deaths of children under five were caused by malnutrition.

For BBC, I tried to ask Vulture Singer the diplomat's question about the baby killing, but I couldn't get past George Gershwin. (In the New York office tower housing the billionaires' roost, a Gershwin lookalike in top hat and tails plays show tunes on a grand piano for Singer's grand entrance.)

And it's not just poor African carcasses that tempt Singer. Indeed, during my investigation for my new book, “Vultures' Picnic,” I discovered that Singer's first big vulture attack was on American asbestos victims.

Background: The executives of three companies – vermiculate mine operator WR Grace, wallboard manufacturer USG and building materials company Owens Corning – knew that asbestos exposure in their respective operations was killing their workers. When caught and sued, the companies filed for bankruptcy, agreeing to pay almost all of their earnings to the people who were dying and injured by their asbestos.

But Singer had a better idea. These companies, as you can imagine, were worth next to nothing, and Singer bought Owens Corning for a song.

If he could cut the amount paid to the victims, Singer could boost Corning's value big time. So, a public relations campaign began, attacking the dying workers, saying they were all faking it.

One attacker was a guy named George W. Bush.

In January 2005, President Dubya held a televised meeting to promote an “expert” who pronounced that over half a million workers suing Singer's industry were liars. If workers couldn't breathe, he said to the grinning president, it wasn't the fault of asbestos.

The “expert” was not a doctor, but, notably, his “research” was partly funded by … Paul Singer. And so was Bush. Since the death of Enron's Ken Lay, Singer and his vulture flock at Singer's hedge fund, Elliott International, had become the top contributors to the Republican National Committee. It's hard to measure his largesse exactly because some of that help comes in through the side door. For example, Singer put money behind the Swift Boat smear on Bush's opponent, John Kerry.

The legal, political and public relations attacks on the dying workers chiseled away the compensation expected to be paid by the asbestos companies, boosting their net worth. Singer then flipped Corning, selling it for a neat billion-dollar profit.

It's legal. It's brilliant. It's sick. It's Singer.

One of my favorite Singer scores was his successful scheme to legally loot the Treasury of Peru. The nation's US lawyer told me, aghast, how Singer let Peru's rogue President, Alberto Fujimori, flee his nation to avoid murder charges. Singer had seized Fujimori's getaway plane. The Vulture named his price: one of Fujimori's last acts as president before he fled was to order his dirt-poor nation to pay Singer $58 million.

Why the Billionaires Need to Buy the White House

A Koch Industries executive (not knowing he was being taped) said he had asked Charles Koch, who already had a billion from an inheritance, why Koch was pocketing a few bucks a week from poor American Indians. Koch told him, “I want my fair share, and that's all of it.“

And “all of it,” of course, includes the White House.

Putting Bush in the White House was worth his weight in gold to these gents – more, in fact. And now, the Kochs, Singer and Langone have teamed up to pick a candidate they pray can take back their real estate at 1600 Pennsylvania Avenue.

The Gimme for Langone

A technicality ended the civil action on the conspiracy charge. 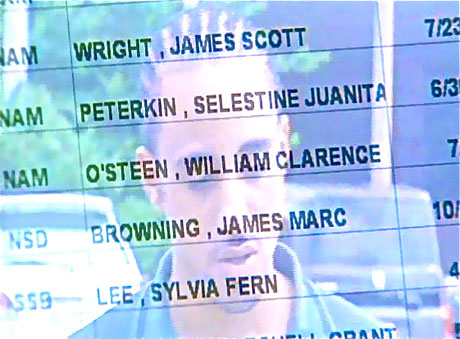 The Gimme for The Kochs

FBI man Elroy told our investigators that the Justice Department was going to let the FBI cuff Charles Koch on criminal charges for the theft of the Osage Indian oil. But then, fumes Elroy, Koch's well-funded buddies, then-senators Bob Dole and Don Nickles, stepped in – and Koch walked. No charges.

Dennis DeConcini, then an Arizona senator, wanted to know why criminal or civil charges were never brought against the Kochs. That was not a wise question to ask. The senator told me that the Kochs threatened his political destruction if the Congressional committee he chaired continued with its investigations of the theft of Native oil. He continued, but his political career did not.

During the Clinton administration, Koch Industries was charged with criminal violations of the Clean Water Act. Under President Bush, the charges, but not the water, were cleaned up.

In other words, crime pays – if you get to pick the sheriff.

The Gimme for Paul Singer

Paul Singer had placed a big bet on the asbestos industry, then, set out to fix the casino, helping install Bush in the White House. That is, he had a president willing to beat up on asbestos workers and push for so-called “tort reform” that undermined these victims' claims. What the victims lost, Singer gained.

But there's trouble on the horizon for Singer. In 2007, Britain outlawed Singer and all other Vulture speculators in Third World debt from collecting their pound of flesh in the United Kingdom. Other European nations are following suit.

Several US Congressmen are pushing a UK-style prohibition on Singer's activities. (Even Chevron Corporation is complaining about the Vulture attacks. When Chevron calls bankers unscrupulous, they've got to be really unscrupulous.) Without a veto pen over Congress, Singer stands to lose hundreds of millions of dollars.

Singer plays defense, but is best at offense: to collect on some of his claims against Argentina, his lobbyists have pushed a bill in Congress to put an economic chokehold on trade with the South American nation. Obama and Secretary of State Hillary Clinton blocked this crazy attack on our ally. As a result, Singer is not a happy gaucho. There will be blood. Obama will have to pay.

The Gimme for Them All

There's one thing that every billionaire wants: another billion. And that's threatened by Obama's plan to tax the “carried interest” tax deferment.

Guys like Singer and Langone don't pay taxes like you and I do. While we pay taxes on income, the profits from vulture speculation and arbitrage are often recorded as “carried interest,” effectively not taxed. It's a billion-dollar benefit for the billionaires, and every Republican candidate has sworn to keep this loophole open and make sure you and I pay Singers' taxes for him.

So the Billionaire Boys Club prodded Gov. Christie, a bully-boy from Jersey, to muscle his way into the Oval Office. Christie didn't fly, no surprise. But whether they pick the GOP candidate or retreat to their old tactics of smear-from-the-rear, the fragile thing called democracy stands little chance against the tsunamic powers of the quartet's combined checkbooks.