© 2023 Truthout
Springtime in France Begins With a Broad Street Mobilization for Employment, Retirement, and Other Social Rights

Paris – Only two days after the end of French regional elections, in which candidates associated with conservative President Nicolas Sarkozy took a drubbing, civil servants and other workers took to the streets to protest a broad range of neoliberal reforms that are contributing to growing social and economic insecurity. On Tuesday, March 23, an “inter-professional day of action,” called for by all major trade unions, mobilized over half a million in the streets of French cities, including about 60,000 in Paris. Public elementary and secondary schoolteachers, who are fighting not just cutbacks, but an authoritarian reorganization of the whole teacher education program, were among the most mobilized in the one-day event.

But as these photos show, several other categories of working adults and school-age youth were also on hand: high school students worried about growing class size and the suppression of economics and social studies in certain academic sections; professors who are being forced into a regime of unequal competition among public universities; undocumented workers from the African country of Mali, calling for legalization and decent wages; public transport workers and other civil servants who are resisting governmental measures to push back the retirement age from 60 to 65. The mood in Tuesday’s marches was one of broad solidarity and modest confidence, reflecting not just improving spring weather, but also the feeling that the left, in spite of its serious divisions and lack of a common project, might yet find a way of uniting to change the direction of French politics. 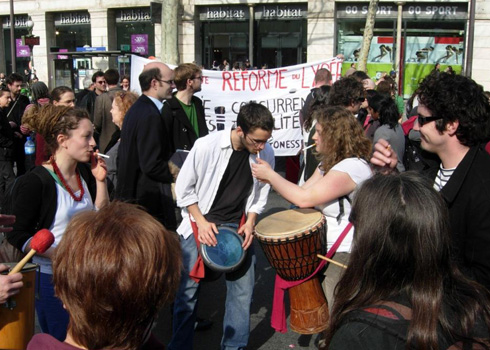 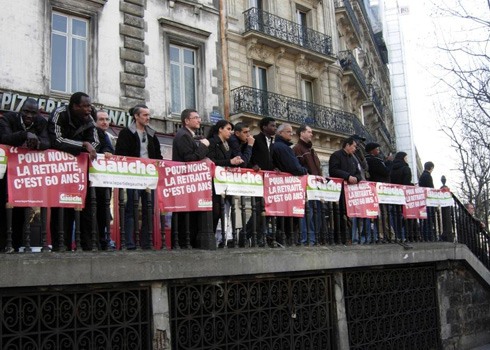 French university professors under the banner of Sauvons l’université (let’s save the university). 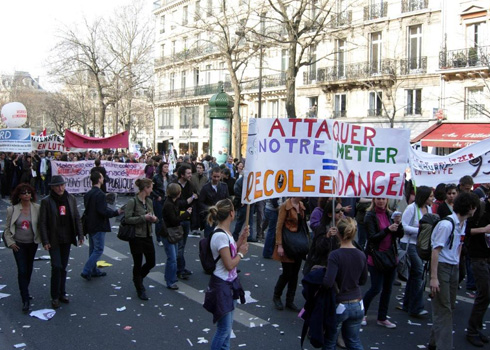 Student teachers. The banner says, “To attack our profession means schools are in danger.” 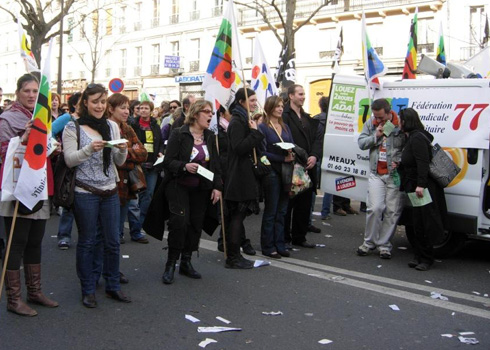 A delegation of teachers from the department of Seine-et-Marne (77) and belonging to the union known as FSU (Fédération syndicale unitaire). 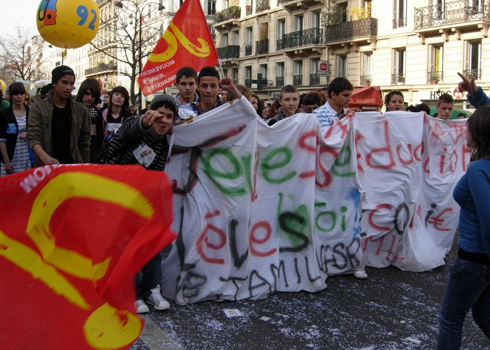 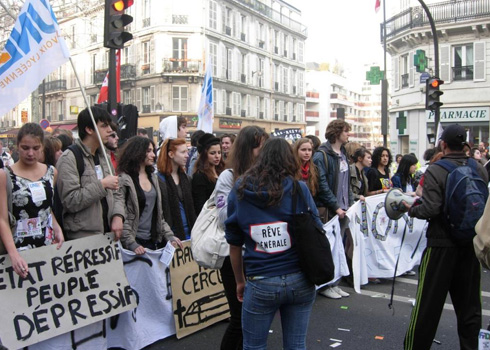 Members of a national union of high school students. One sign reads : “Repressive state, depressive people”; a girl’s sweatshirt has the logo “Rêve générale,” which is a rhyme and a play on the words “grève générale,” or general strike, that means “general dream.” 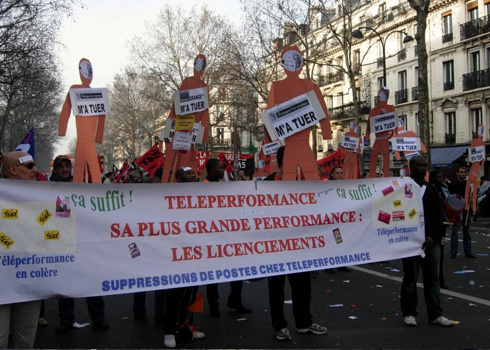 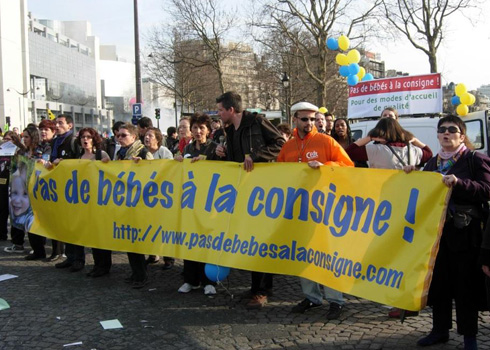 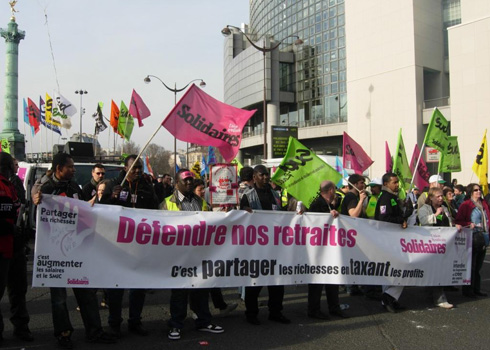 The banner of “Solidaires,” a grouping of several labor unions, reads: “To defend our retirement plans is to share the wealth by taxing profits,” and, on the left side, “To share the wealth is to raise wages and the minimum wage.” 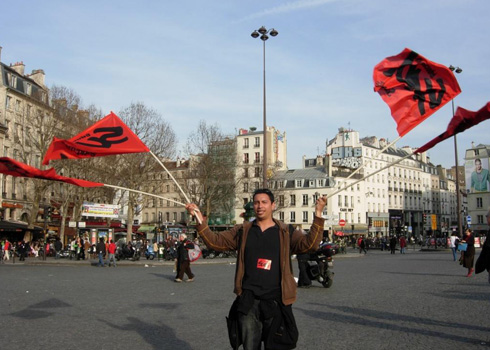 Young man displaying flags of the union “Sud,” one of the most left-leaning confederations.

Jim Cohen, a US native who has lived in France since 1977, teaches political science at the University of Paris VIII. He is a member of the editorial board of Mouvements.