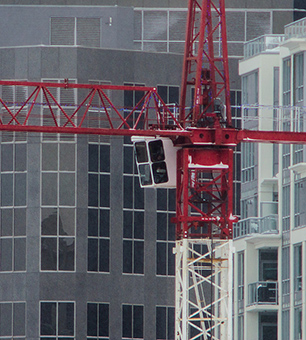 (Photo: Colby Stopa / Flickr)This article is the second part of a series on Infrastructure privatization that includes “Infrastructure 101: The Evolution of Building Big Things – Part 1“

Water privatization may not seem to have much in common with highway privatization, but contracts to privatize water, highways and other sorts of infrastructure are filled with “boilerplate” language, that is, each contract contains the same language, except for details such as the identities of the parties to the contract or issues specific to an industry or location. The proposed 2008 Pennsylvania Turnpike Contract is typical of infrastructure privatization contracts. The contract itself is 132 pages long. When all its attached documents are included, the total is 686 pages.

The most well known Adverse Action claims grew out of the privatization of the Chicago parking meters’ privatization. The private contractor made an Article 14 Adverse Action claim that required Chicago to reimburse the private contractor for parking fees that were lost when there were street repairs, street fairs or other actions that meant that the parking meters were not in operation for the full posted hours. In other words, Adverse Actions give the private contractor the right to claim that the public “partner” has taken an action that will prevent the private “partner” from receiving as much money as it had anticipated. An investigative report by PBS Need to Know shows how these terms function. Other contract terms that also give contractors rights to claim compensation are Delay Events. (These terms are summarized and may be found at the end of this article.)

Before the meters were privatized, the city did not get parking meter revenue when it needed to make street repairs or when street fairs were held. After the meters were privatized, the contractor used Article 14 to put itself in a much better financial condition than the city was in before signing the contract. The cost of paying these penalties has had a negative effect on city finances and civic life. Community organizations, such as Gamliel, have reported that groups like them cannot afford to pay Adverse Action compensation and have given up hosting community events that would require compensation. Indeed, it is no exaggeration to say that the cost to the city has included financial and spiritual impoverishment.

Why Enter into These Contracts? Margaret Thatcher and TINA

The basic reason many states and local governments agree to privatize their infrastructure is that they believe there is no alternative – TINA. They come to that conclusion for what appear to be sound reasons.

First, for years, state and local governments have faced a financial pinch that leaves no room for building or repairing infrastructure. The main reason they feel that pinch is that it has become impossible to do what Dwight Eisenhower could do with tax revenues whose top marginal rate was at 90 percent on the highest portion of the income. When the wealthiest recognize the value of paying taxes at a level that benefits the country as a whole, and not just the top 1%, we all prosper. As discussed in Infrastructure 101: The Evolution of Building Big Things – Part I, the sources of revenue that were available in the 20th Century are no longer an option, mainly because of the power of the antitax crowd.

Second, Maggie Thatcher, former United Kingdom prime minister, was able to make cruel changes by using her favorite slogan – TINA – There is No Alternative. Even when good alternatives exist, the billionaire-financed, right-wing echo chamber drowns out reasonable voices and reasonable, available alternatives. Thatcherite thinking that the power of the market and competition can provide wonders is still an important – though misguided – force.

Third, there is a gross imbalance of power and knowledge between private finance and contractors on one side of the deal and government officials who were elected to represent the public on the other side. The infrastructure privatization industry employs well-paid advisers with deep experience doing infrastructure privatization deals. Meanwhile, government representatives are likely to be doing their first and, perhaps only, privatization deal. They obviously need expert advice.

Drafting the documents necessary to privatize infrastructure requires hiring a range of experts to advise the public officials. Those experts essentially play a game of musical chairs as privatization consultants, including Morgan Stanley, Macquarie, and Mayer Brown, can be found now representing the public officials; earlier and later, the other side. This structure and others create incentives to keep the existing system in place.

For example, when the Pennsylvania Turnpike was put on the auction block, the process was rife with unseemly actions, such as payment to the consultants of a “success fee.” In other words, the consultants’ compensation depended on reaching an agreement. [p.31-32] Advising a government client that the deal was not a good one for the public would mean losing that success fee.

The pay of those who advise governments about infrastructure privatization decisions are often dependent on consummating a privatization deal. For example, Morgan Stanley’s compensation as an advisor on the Pittsburgh parking garage deal depended on consummating the deal. In the end, it was paid $3 million from the proceeds of the deal. Morgan Stanley was also paid on a success-fee basis as advisor to Governor Rendell on the Pennsylvania Turnpike deal. When Pennsylvania legislators objected that the payment created an incentive to “‘recommend the largest transaction possible rather than a course of action which may be more balanced and more prudently serve the needs of the Commonwealth and its residents,'” the governor’s budget secretary said that the payment structure did not violate conflict-of-interest law.

Industry advisers who spend time on every side of these deals have every incentive – including financial – to promote the goals of the infrastructure privatization industry, rather than the interests of the people the officials were elected to represent. Sadly, the public officials are so poorly informed that, even though they may not intend to enter into a bad deal or violate their oaths of office, they are likely to make decisions that do not promote the interests of the people they represent.

More on this subject in Part 3.

(a) An “Adverse Action” occurs if the City takes any actions during the contract’s term, including enacting, amending or repealing any law) that is reasonably expected cause a material adverse effect primarily on the LCA or on the fair market value of the LCA’s interests, including causing decreased revenues or increased expenses to the LCA. None of the following shall be an Adverse Action : (1) exercising the City’s power to protect public health or safety when the City has reasonable cause to exercise this power; (2) using the City’s obligation and authority to enforce the laws; and (3) imposing a Tax of General Application or an increase in any Tax of General Application.

(b) If the City fails to exercise these powers in accord with the law the City will be required to pay AA-Compensation to the LCA.

Section 14.2 The LCA may choose to terminate the contract in connection with an Adverse Action with 90 days notice. The City must also pay termination compensation of all reasonable, documented costs and expenses caused.

“Delay Event” means (i) an event of Force Majeure, (ii) a delay caused by the performance of works carried out by a Governmental Authority, (iii) a delay caused by the City’s failure to perform or observe any of its covenants or obligations under this Agreement or (iv) a delay caused by the presence in, on, under or around the System of Hazardous Substances, which would result in a delay or interruption in the performance by the LCA of any obligation or rights under this Agreement; except delays that are caused by (A) the negligence or intentional misconduct of the LCA or its Representatives, (B) any act or omission by the LCA or its Representatives in breach of this Agreement, or (C) lack or insufficiency of funds or failure to make payments or provide required security on the part of the LCA.

Share
Copyright, Truthout. May not be reprinted without permission.
Ellen Dannin