Disaster, poverty and misfortune have become great ways to make a fortune. From Afghanistan to Haiti, Pakistan to Papua New Guinea, the United States to the UK and from Greece to Australia, journalist Antony Loewenstein uncovers how companies cash in on or­ganized misery in Disaster Capitalism: Making a Killing Out of Catastrophe. Order your copy by making a donation to Truthout today!

The following is a Truthout interview with Antony Loewenstein, the author of Disaster Capitalism: Making a Killing Out of Catastrophe.

Mark Karlin: Naomi Klein praises your book effusively. How were you galvanized by her book, The Shock Doctrine: The Rise of Disaster Capitalism?

Antony Loewenstein: I’ve long been interested in the intersection between politics, money and conflict. My early years as a professional journalist in Australia from 2003 were spent focusing principally on Israel/Palestine, immigration and the Iraq war. In every case, this revealed dark forces making money from misery.

I was inspired by a book, such as Iraq, Inc.: A Profitable Occupation by Pratap Chatterjee, on private contractors in Iraq. I investigated the private companies and nations making huge profits from warehousing mostly Muslim refugees in remote Australia (and also in the Pacific). Increasingly, Israel was successfully selling its occupation of Palestinians to other nations keen to behave similarly toward their own minorities (something that has become even more overt in the last years across Palestine). My first book in 2006, My Israel Question, traversed some of these latter questions.

When I read Naomi Klein’s book, The Shock Doctrine, and Jeremy Scahill’s Blackwater: The Rise of the World’s Most Powerful Mercenary Army, it helped join the dots — especially the ways in which they explained how US imperialism, a term too rarely used in the 21st century, was central to exploitation in the far corners of the world. I began working on Disaster Capitalism from around 2010, along with the documentary of the same name (still a work in progress but hopefully, finished this year). My aim was to expand Klein’s thesis, especially around immigration, and show readers how the most vulnerable people on the planet were being turned into dollar signs on a scale never seen before in history.

To what degree do corporations exceed the power of many states today?

The corporation has become more powerful than the state because the state has allowed it to happen. Over decades, by both Democrats and Republicans, unaccountability has become normalised, barely opposed by politicians or the media class. In Disaster Capitalism, I investigate the role of Western and indigenous private contractors in Afghanistan since 2001. They have left a trail of destruction and killed countless civilians. Barely anybody has been held to account, fuelling the insurgency still engulfing the country. President Trump may widen the war there but his chances of success are negligible. 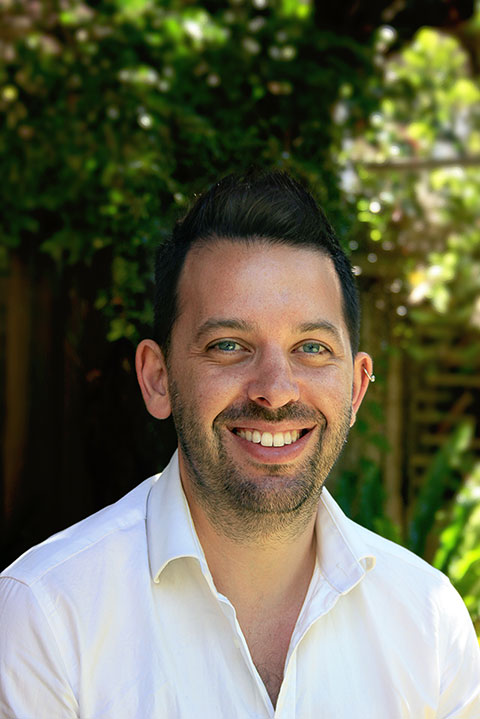 Perhaps the most obvious, contemporary example of unhealthily powerful corporations, allowed and encouraged by Western governments, are tech firms, such as Apple, Microsoft and Google, often paying little or no tax in various jurisdictions. This is justified as allowing enterprise to thrive and employment to be created but these multinational corporations get away with murder because there’s little domestic political pressure or global accountability architecture to change it.

You traveled far and wide to write the book. Is there anything that flat-out surprised you?

I was often shocked by what I saw and heard — from the devastated island of Bougainville in Papua New Guinea where a Rio Tinto copper mine ruined the environment and caused one of the Pacific’s most brutal wars of the last 40 years, to refugees living in squalor in Britain while waiting for their asylum claims to be assessed.

What kept me from losing all hope was seeing people resisting seemingly overwhelming political and economic odds. I remember meeting refugees in Greece who were being abused and chased by the far-right, neo-Nazi party Golden Dawn (currently the third biggest party in the Greek parliament). They were fleeing persecution in Afghanistan, Iran, Syria and Iraq. My guide into the secretive world of isolated, Greek detention centres was a blind, Iranian man, Chaman. He was kind, full of stories and optimistic. We have maintained contact and he’s now a recognised refugee in a European country, working, travelling and building his life.

How does Haiti, for example, represent a nation that the developed West tried to make it appear it was helping, but really was just offering, in large part, corporate opportunities without structural improvements?

Haiti is the poorest nation in the Western hemisphere and for most of the 20th century was ruled by US-backed dictatorships. Today, after failed elections, natural disasters and constant US meddling, the nation is occupied by both a UN “stabilisation mission” and international NGOs. After the devastating 2010 earthquake, killing around 200,000 people, an influx of foreigners, contractors, US evangelical Christians and charlatans descended on the nation. It wasn’t ready — with little regulation or control over who was doing what and where. The Clinton Foundation pledged the world to the people of Haiti but Hillary, Bill and Chelsea have left a trail of disappointment and lies.

The US Red Cross raised half a billion dollars after the earthquake and only built a handful of homes. It was the kind of failure that should have led to prosecutions but little has changed.

In my book, I investigate why this happens and why it’s so hard to change. It’s principally because very few seem to care about Haiti in the US: It’s a poor state with virtually no political power in Washington, and too few journalists visit there. In short, Western contractors can exploit a beautiful country without overly worrying about training locals or leaving a legacy after they leave because nobody is telling them they have to. Haiti is still waiting on financial compensation after the UN brought deadly cholera to the country after the 2010 earthquake.

Talk a little about the Middle Eastern wars since 9/11 costing more than four trillion dollars and how much of that money went to contractors.

The cost of America’s post 9/11 wars is so huge that they’re literally impossible to calculate. It’s the price Washington is willing to pay for endless war. The logic behind the Bush, Obama and now Trump administrations all relying on contractors is because they’re able to operate in the shadows, often conducting illegal or violent activities beyond the law, and without official oversight. Attacks on civilians are common, undermining local laws and customs, and being overly trigger-happy leads to unstable nations. In 2014, the Pentagon spent US$285 billion on federal contracts. War is good for business.

While the Bush and Obama eras were remarkably profitable years, the Trump administration is already filling Pentagon and Homeland Security positions with defense contractors. Disaster capitalism is a bipartisan approach.

“A potent weapon for shock resistors around the world.” – Naomi Klein

Although some NGOs do good, discuss how many of them work hand-in-glove with the corporatization of disaster capitalism.

This is an issue I’ve spent many years considering, especially when visiting nations that rely so heavily on NGOs. In 2015 I was living in South Sudan, the world’s newest country. It’s now collapsed due to extreme violence, corruption, unaccountability, an almost nonexistent functioning oil industry and too little international interest. NGOs and the UN are providing essential services, food and water, without which the population would likely face even greater problems. Yet, nobody elected these people to essentially rule the country because the Juba-based government is incapable and unwilling to do so.

I’m not arguing that NGOs are in South Sudan just to make money, but the humanitarian community needs to ask itself serious questions about whether they’re helping resolve conflicts or perpetuating them. It’s a key issue in my film, Disaster Capitalism, shot over five years in Afghanistan, Papua New Guinea and Haiti.