Coal burning is most likely to blame for Mercury levels in yellowfin tuna rising 3.8 percent per year since 1998.

With mercury concentrations in the upper layers of the oceans having tripled since the industrial revolution, it’s not surprising that certain kinds of fish are not recommended for pregnant women (and might not be so great for those of us who aren’t pregnant either). A new study gives further details on the scale of the problem and seems to disprove those who claimed that mercury concentrations in open-ocean fish weren’t going up.

A team from the University of Michigan compiled and re-analyzed 3 previous studies on yellowfin tuna caught near Hawaii. They found that the concentration of mercury in that species increased at least 3.8% per year from 1998 to 2008. That’s quite the increase! Remember the power of compound interest… 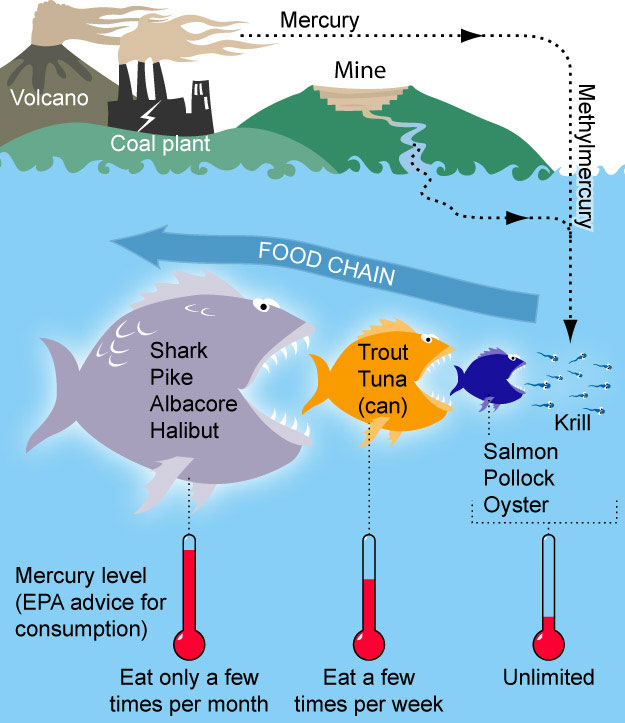 Where is all that mercury coming from? The main sources are via atmospheric deposition from human activities, like burning coal (China does a lot of that, but it’s certainly not the only one, and a lot of the coal that they burn is used to power factories that make stuff for other countries, so they there’s plenty of blame to throw around).

Mercury levels are increasing globally in ocean water, and our study is the first to show a consequent increase in mercury in an open-water fish,” said Drevnick, an assistant research scientist at the U-M School of Natural Resources and Environment and at the U-M Biological Station. “More stringent policies are needed to reduce releases of mercury into the atmosphere. If current deposition rates are maintained, North Pacific waters will double in mercury by 2050.” 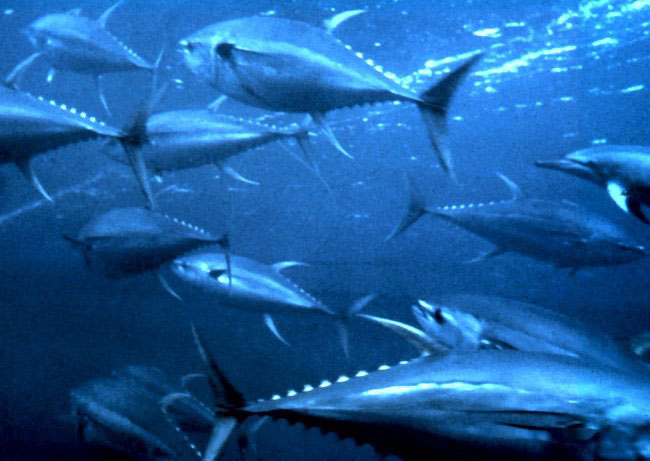 You can find FDA recommendations on how to avoid ingesting too much mercury from fish here. Below is a table that shows some of the best and worst kinds of fish, with three species of tuna highlighted: 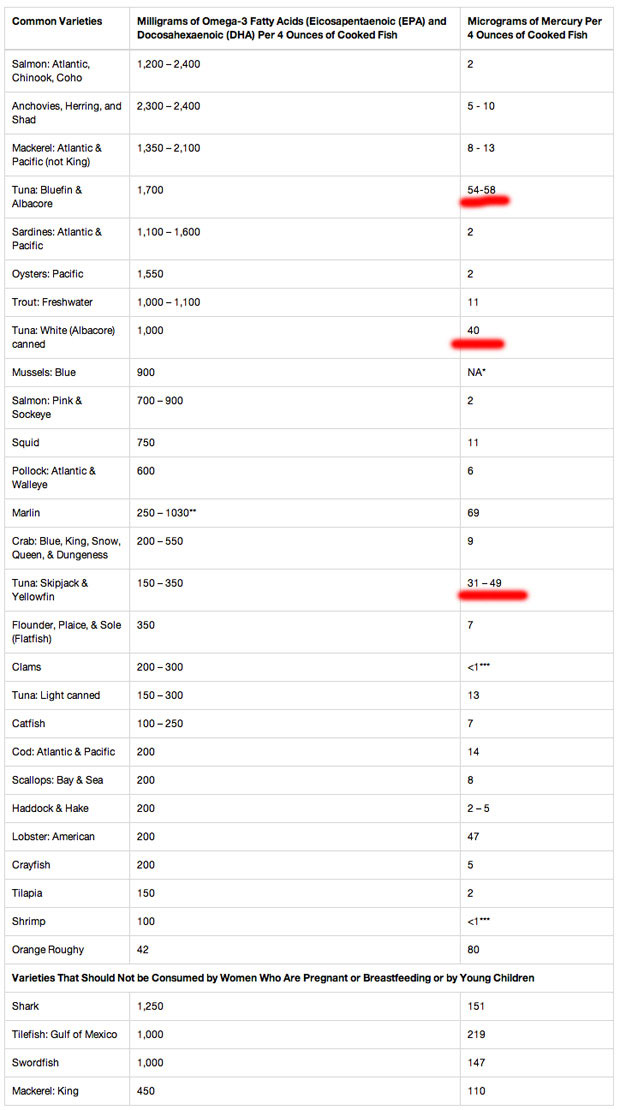 Donate Now
Share
This piece was reprinted by Truthout with permission or license. It may not be reproduced in any form without permission or license from the source.
Michael Graham Richard
Truthout
Share
Where is all that mercury coming from? The main sources are via atmospheric deposition from human activities
Politics & Elections