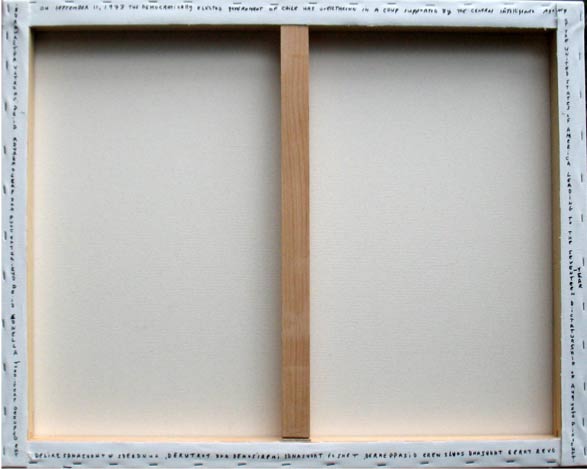 Around the borders of the rear of the painting is this ‘disappeared’ text:

“On 11 September 1973 the democratically elected government of Chile was overthrown with the complicity of Richard Nixon and the United States’ Central Intelligence Agency. Under the 17-year dictatorship of Augusto Pinochet, 3,197 people were disappeared, tens of thousands imprisoned and tortured and hundreds of thousands forced into exile. President Salvador Allende died during the coup. Poet Pablo Neruda passed away less than a fortnight later, in mourning for his country.” 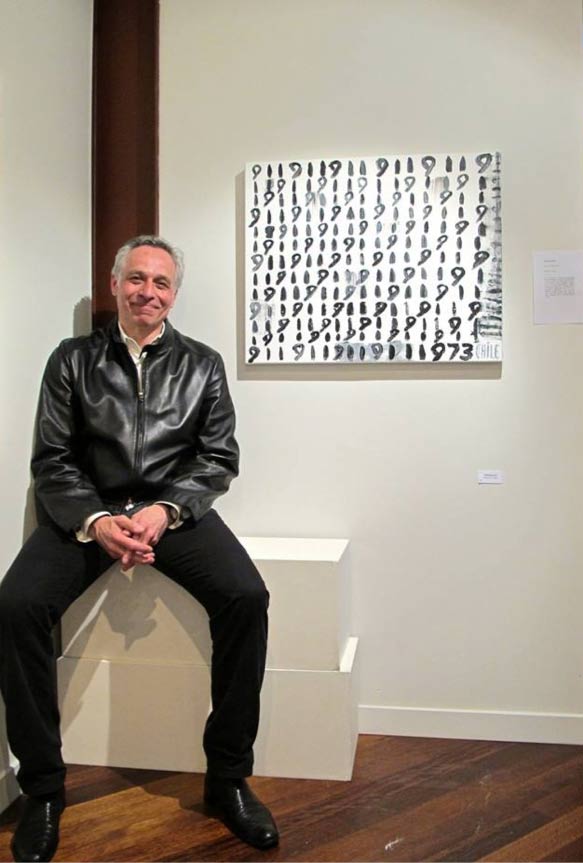 Share
Copyright, Truthout. May not be reprinted without permission.
Emanuel E. Garcia

Dr. Garcia is a physician and author of Sephardic heritage who resides in New Zealand.