An American non-profit organization, the Institute for Postmodern Development of China, made possible my attendance at a recent conference in Beijing, China. 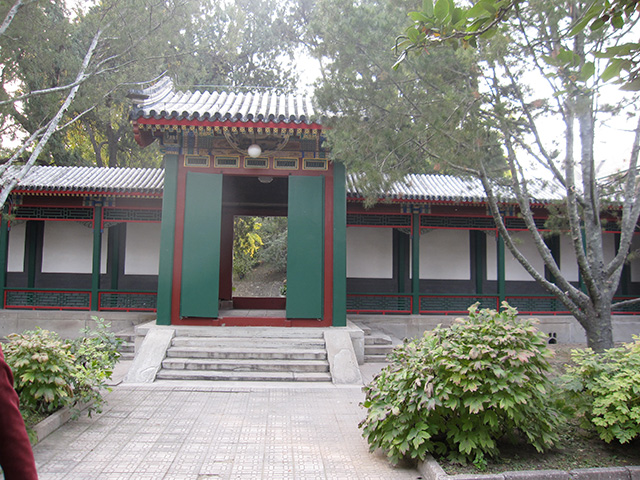 However, these eco-political discussions have been taking place in a city, Beijing, and a country, China, which are the workshops of the world. There’s nothing ecological about that.

The first three days in Beijing, I could not see the sky. The white-brown haze engulfed the skyscrapers and Beijing with otherworldliness. The streets were full of cars and taxis. 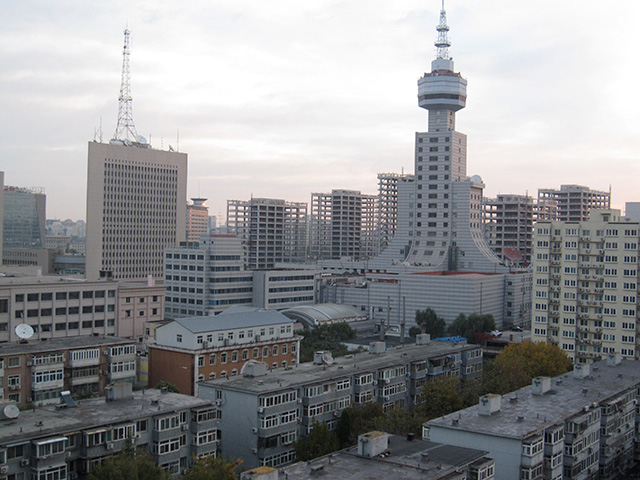 I stayed in two hotels. One was attractive. Each hotel building was modest in size and had the feeling of community. I walked a long corridor every morning for breakfast. The corridor was an exhibit of fashionable clothing and art. The cafeteria was full of foreigners. The other hotel was a skyscraper. From my twelfth story room I watched modern Beijing: a gigantic city of concrete built on the models of New York and Chicago. 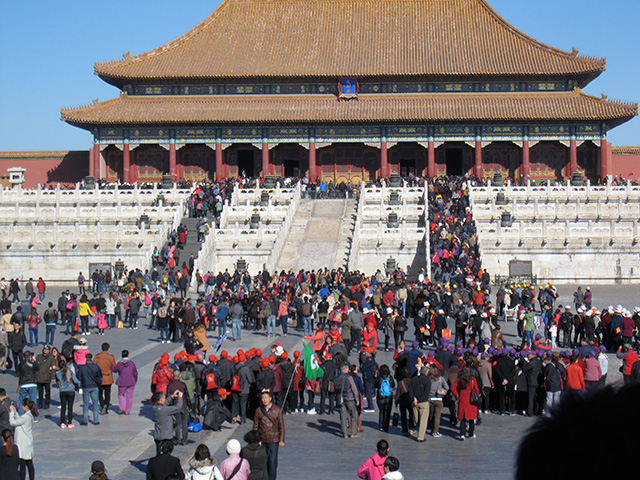 Eventually, I saw the sun and Beijing became friendlier. I noticed trees on both sides of highways and city streets. I even found a fruit stand very close to my hotel. But my greatest discovery was seeing buildings and museums preserving ancient Chinese culture and architecture. Once in such rare surroundings, like the Guo Moruo Memorial Museum and the Madame Sun Yatsen (Soong Ching Ling) Museum, I felt like I was in the midst of Greek antiquities. The beautiful buildings and the gardens gave me esthetic pleasure and brought me close to Chinese history and the natural world.

A friend and I used the convenient and clean Beijing subway to visit the fabulous Forbidden City, the governing palaces of twenty-four emperors of the Ming and Qing dynasties lasting from the early fifteenth to the early twentieth centuries. Thousands of Chinese filled the large courtyards between the royal palaces. I had the sensation this was more than a museum. This was a place of history, respect for ancient Chinese civilization and a temple of worship. 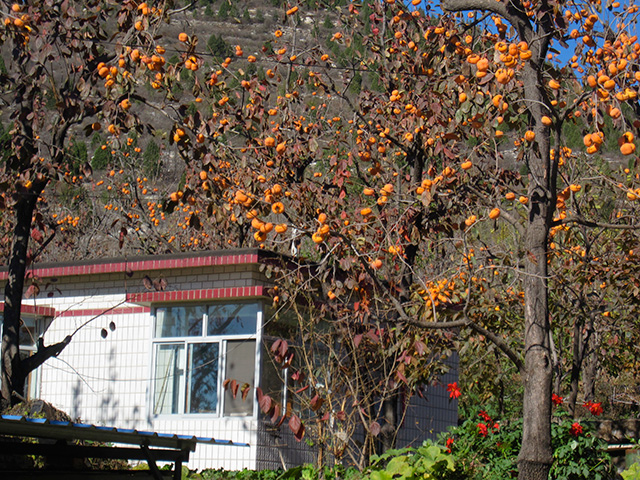 My friend and I also passed through the modern center of Chinese government, the immense Tian’anmen Square or Gate of Heavenly Peace. We then sampled the incomparable Chinese food: a feast of fish, rice, and vegetables.

I also had the opportunity to visit two villages on the periphery of Beijing. A professor of rural sociology from the China Agricultural University drove a couple of Chinese colleagues and me to his brother’s six-acre persimmon farm. I ate a couple of persimmons, red in color and soft as large heirloom tomatoes, and tasted ambrosia, the food of the gods. 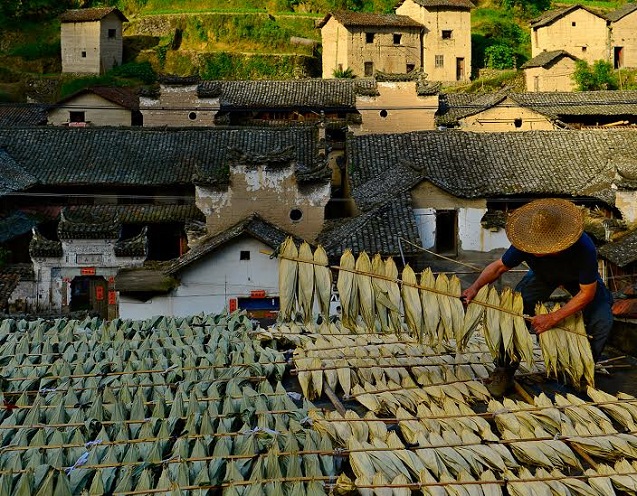 The peasant farmer and his father were self-sufficient in food. They said they had a good life on the land. They sold their fruit to city people and Beijing grocery stores. Their affection for their farm was strong; it had come down to them from their ancestors. When I said I was in China for a conference on ecological civilization, they smiled and said the Chinese had deep passion for the land. 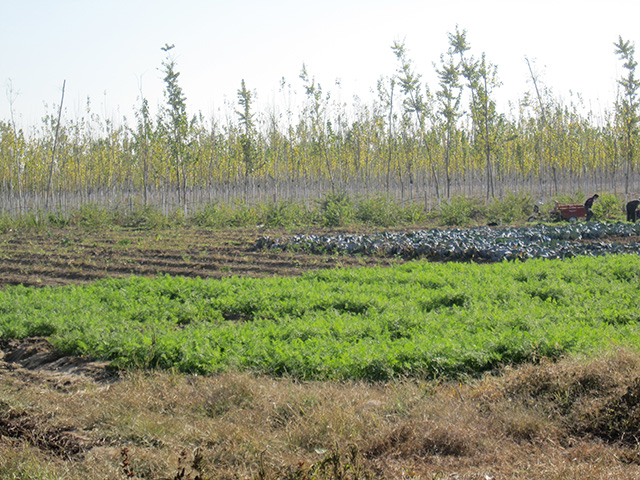 The other village I visited is a horticultural paradise. Its trademark is the humble cabbage. A large statue of the cabbage surrounded by lotus flowers and statues of farm animals adorn the entrance to the village. I saw a series of green houses growing tomatoes, mushrooms, and other vegetables. This is a village where the land is held in common by all peasants. The president of the village explained how each family does work in a spirit of equity and justice. He spoke eloquently about farming and defended rural civilization. Then he treated us to great food. 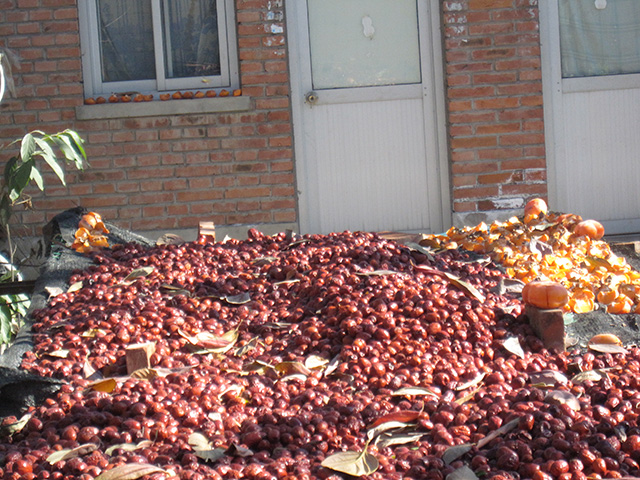 It’s this village reality – the Chinese peasants’ deep passion for land – that makes sense of any discussion in China about constructing or reinventing ecological civilization.

Like the United States, China embarked on its modernization by wrecking rural society. The Marxists were just as ruthless as the capitalists. But, fortunately, China started much later than the United States in its path of modernity and industrialization. This means hundreds of millions of peasants are still peasants in China. 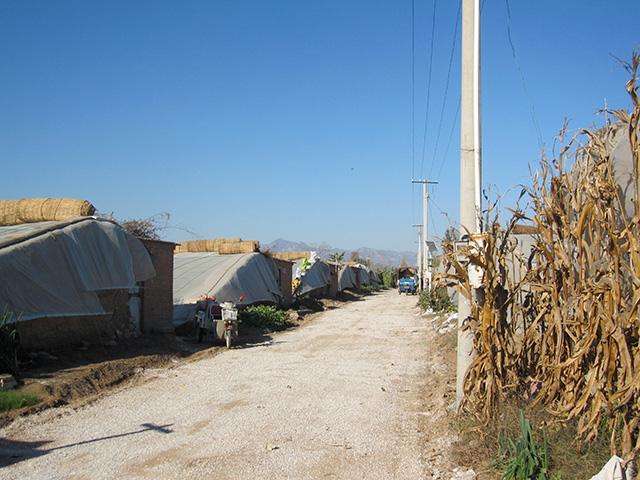 While China has embraced industrialized agriculture to some degree, there’s still room in China for the protection of rural society. That is the reason that Chinese debate the advantages of ecological-rural civilization. We heard several farmers explain why they do what they do. We also heard stories of saving villages from extinction. The difficulties, however, persist. Young people keep moving to the cities. Peasant land becomes real estate. Entire villages become cities. 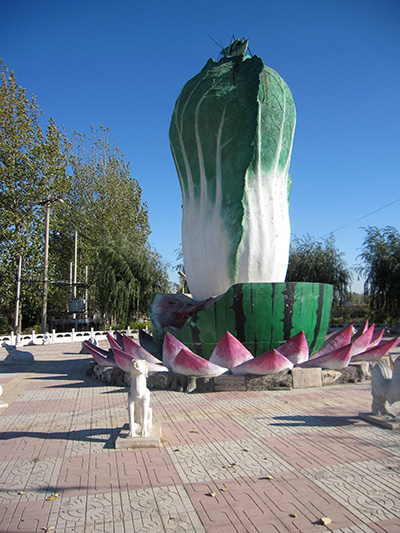 Cabbage statue in a bowl of lotus flowers, Horticultural village. (Photo: Evaggelos Vallianatos)I defended China’s traditional farming and ecological civilization at several universities in Beijing. I spoke at the China Agricultural University, the Minzu University of China, the Beijing Normal University and the China University of Political Science and Law. In each case, I praised the talent and perseverance of China’s rural people in raising food and protecting the natural world. My modest proposal was to introduce agro-ecological science to further strengthen the food self-sufficiency and food security of China. This is good for China and the entire world.

Ecological science confirms the science and wisdom of peasant farming. This means there’s no need for converting peasant land to the deleterious practices of industrialized agriculture. Peasant farmers compete nicely with large industrialized farmers. Their practices are gentle on the land. They grow a tremendous variety of crops. They do not pollute the environment. The food they raise is nutritious. This makes ecological civilization possible.

Such a prospect could open the path not taken: merge traditional agrarian knowledge with ecology to feed ourselves and prevent additional deterioration of ecosystems.

China has started this important discussion. We must do the same thing. Deep passion for the land is a universal phenomenon.

Share
Copyright, Truthout. May not be reprinted without permission.
Evaggelos Vallianatos