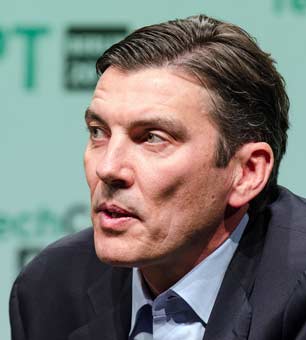 Not long ago it was the Great Recession, today it’s Obamacare that’s serving as a convenient scapegoat for employers seeking to tighten the screws on their workers.

This week saw AOL’s chairman and CEO, Tim Armstrong announce a stingy plan to shrink employee benefits, that would have saved his shareholders millions even as the company’s financial reports showed healthy growth and profits. Armstrong blamed it all on rising healthcare costs, uncertainty, and of course, Obama.

But then he went on to make some creepy comments about worker’s costly sickly kids, and failed to provide a shred of credible proof that AOL was actually feeling any pinch associated with healthcare.

At the end of the week, Armstrong was forced to back down. Owners of the Huffington Post, AOL is a consumer-dependent company in a crowded market that’s pretty receptive to public shaming. So score one for all that public shame and for the AOL workers.

But thousands of companies haven’t backed down, even as they’ve suppressed wages and benefits, regardless of good earnings, not for a year or two or to weather a storm, but steadily, incrementally over decades.

The spoils for investors are rich: fewer workers, lower wages, shrunken benefits, a more precarious workforce. And the blame’s shifted about: once it was global competition, then the EPA, then the credit crunch, now it’s Obamacare.

From a winners’ point of view, what’s not to like? The proof of the gains for the one percent rest in the fact that the even as the gap between rich and poor has grown faster than in any other developed country, the top one percent in the US has captured ninety-five percent of all growth since 2009. The president and congress keep talking about recovery and jobs bouncing back, but there’s no structural change on the table, no new economic tools, no new worker rights or regulations — certainly no reparations that might re-balance the sweat-profit equation.

The losers are weak, the winners are strong and the blame keeps shifting about, pointing anywhere but at the board rooms and the corner office.

The AOL debacle shows shame can sometimes work. At GRITtv, we’re doing our bit to keep it coming. Last week we interviewed half a dozen New Yorkers about their lives at work. Whether they had jobs, or were looking for them, they were all working too darn hard. You can watch their stories at GRITtv.org or on our facebook page.

Are you Working Too Damn Hard? Tell us about it. No really, tell us – post your story in any format you want, on our facebook page. It’s time we did some of our own finger pointing.

You can find GRITtv at GRITtv.org. For GRITtv, I’m Laura Flanders