Noam Chomsky explores the possibilities for a better human society in What Kind of Creatures Are We?, a collection of lectures bringing together his areas of expertise from language and mind to society and politics. This book serves as both a concise summation of Chomsky’s linguistic theories and a demonstration of how that work connects to his political philosophy. Order your copy by making a tax-deductible donation today!

In this excerpt from What Kind of Creatures Are We?, Noam Chomsky discusses the historical embedding of an elite “guardian class” in US society going back to the framers of the Constitution.

I mentioned that [John] Dewey and American workers held one version of democracy, with strong libertarian elements. But the dominant version has been a very different one. Its most instructive expression is at the progressive end of the mainstream intellectual spectrum, among good Wilson-FDR-Kennedy liberal intellectuals. Here are a few representative quotes.

The public are “ignorant and meddlesome outsiders [who] must be put in their place.” Decisions must be in hands of the “intelligent minority [of] responsible men,” who must be protected “from the trampling and roar of the bewildered herd.” The herd does have a function. Its task is to lend its weight every few years to a choice among the responsible men, but apart from that its function is to be “spectators, not participants in action.” All for their own good. We should not succumb to “democratic dogmatisms about men being the best judges of their own interests.” They are not. We are: we, the responsible men. Therefore attitudes and opinions must be shaped and controlled. We must “regiment the minds of men the way an army regiments their bodies.” In particular, we must introduce better discipline into the institutions responsible for “the indoctrination of the young.” If that is achieved, then it will be possible to avoid such dangerous periods as the 1960s, “the time of troubles” in conventional elite discourse. We will be able to achieve more “moderation in democracy” and return to better days as when “Truman had been able to govern the country with the cooperation of a relatively small number of Wall Street lawyers and bankers.”

These are quotes from icons of the liberal establishment: Walter Lippmann, Edward Bernays, Harold Lasswell, Samuel Huntington, and the Trilateral Commission, which largely staffed the Carter administration.

This shriveled conception of democracy has solid roots. The founding fathers were much concerned about the hazards of democracy. In the debates of the Constitutional Convention, the main framer, James Madison, warned of these hazards. Naturally taking England as his model, he observed that “in England, at this day, if elections were open to all classes of people, the property of landed proprietors would be insecure. An agrarian law would soon take place,” undermining the right to property. To ward off such injustice, “our government ought to secure the permanent interests of the country against innovation,” arranging voting patterns and checks and balances so as “to protect the minority of the opulent against the majority,” a prime task of decent government.

The threat of democracy took on still larger proportions because of the likely increase in “the proportion of those who will labor under all the hardships of life, and secretly sigh for a more equal distribution of its blessings,” as Madison anticipated. Perhaps influenced by Shays’s Rebellion, he warned that “the equal laws of suffrage” might in time shift power into their hands. “No agrarian attempts have yet been made in this Country,” he continued, “but symptoms of a levelling spirit . . . have sufficiently appeared in a [sic] certain quarters to give warning of the future danger.” For such reasons, Madison held that the Senate, the main seat of power in the constitutional system, “ought to come from and represent the wealth of the nation,” the “more capable sett of men,” and that other constraints on democratic rule should be instituted.

Madison’s conundrum has continued to trouble government leaders. In 1958, for example, Secretary of State John Foster Dulles pondered the difficulties that the United States was facing in Latin America. He expressed his anxiety over the ability of domestic Communists “to get control of mass movements,” which we “have no capacity to duplicate.” Their advantage is that “the poor people are the ones they appeal to and they have always wanted to plunder the rich.” We somehow cannot rally them to the understanding that government must “protect the minority of the opulent from the majority.” That inability to get our message across regularly compels us to resort to violence, contrary to our noblest principles and much to our sincere regret.

To succeed in “framing a system which we wish to last for ages,” Madison held, it would be necessary to ensure that rulers will be drawn from the opulent minority. It would then be possible “to secure the rights of property agst. the danger from an equality of universality of suffrage, vesting compleate power over property in hands without a share in it.” The phrase “rights of property” was regularly used to mean rights to property – that is, the rights of property owners. Many years later, in 1829, Madison reflected that those “without property, or the hope of acquiring it, cannot be expected to sympathize sufficiently with its rights, to be safe depositories of power over them.” The solution was to ensure that society be fragmented, with limited public participation in the political arena, which is to be effectively in the hands of the wealthy and their agents. Scholarship generally agrees that “the Constitution was intrinsically an aristocratic document designed to check the democratic tendencies of the period,” delivering power to a “better sort” of people and excluding “those who were not rich, well born, or prominent from exercising political power.” 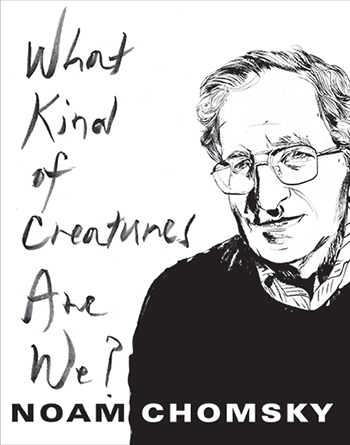 (Image: Columbia University Press)In Madison’s defense, we should remember that he “was – to depths that we today are barely able to imagine – an eighteenth-century gentleman of honor.” It was the “enlightened Statesman” and “benevolent philosopher” who, he anticipated, would hold the reins of power. Ideally “pure and noble,” these “men of intelligence, patriotism, property and independent circumstances” would be a “chosen body of citizens, whose wisdom may best discern the true interests of their country, and whose patriotism and love of justice will be least likely to sacrifice it to temporary or partial considerations.” They would thus “refine” and “enlarge” the “public views,” guarding the public interest against the “mischiefs” of democratic majorities.

Not exactly the way it turned out.

The problem with democracy that Madison perceived had been recognized long before by Aristotle, in the first major work of political science: Politics. Reviewing a variety of political systems, he concluded that democracy was the best – or perhaps the least bad – but he recognized a flaw: the great mass of the poor could use their voting power to take the property of the rich, which would be unfair. Madison and Aristotle faced the same problem but selected opposite solutions: Aristotle advised reducing inequality, by what we would regard as welfare state measures; Madison felt that the answer was to reduce democracy.

The conflict between these conceptions of democracy goes back to the earliest modern democratic revolution, in seventeenth-century England, when a war raged between supporters of the king and of Parliament. The gentry, the “men of best quality” as they called themselves, were appalled by the rabble who did not want to be ruled by king or Parliament, but rather “by countrymen like ourselves, that know our wants.” Their pamphlets explained that “it will never be a good world while knights and gentlemen make us laws, that are chosen for fear and do but oppress us, and do not know the people’s sores.”

The essential nature of the conflict, which has far from ended, was captured simply by Thomas Jefferson in his last years, when he had serious concerns about the quality and fate of the democratic experiment. He distinguished between “aristocrats and democrats.” The aristocrats are “those who fear and distrust the people, and wish to draw all powers from them into the hands of the higher classes.” The democrats, in contrast, “identify with the people, have confidence in them, cherish and consider them as the honest & safe, altho’ not the most wise depository of the public interest.”

The modern progressive intellectuals who seek to “put the public in its place” and are free of “democratic dogmatisms” about the capacity of the “ignorant and meddlesome outsiders” to enter the political arena are Jefferson’s “aristocrats.” Their basic views are widely held, though there are disputes about who should play the guiding role: “the technocratic and policy-oriented intellectuals” of the progressive “knowledge society,” or bankers and corporate executives. Or in other versions, the Central Committee, or the Guardian Council of clerics. All are instances of the “political guardianship” that the genuine libertarian tradition seeks to dismantle and reconstruct from below, while also changing industry “from a feudalistic to a democratic social order” based on workers’ control, respecting the dignity of the producer as a genuine person, not a tool in the hands of others, in accordance with a libertarian tradition that has deep roots – and, like Marx’s old mole, is always burrowing close to the surface, always ready to peek through, sometimes in surprising and unexpected ways, seeking to bring about what seems to me at least to be a reasonable approximation to the common good.

Copyright (2016) by Noam Chomsky. Not to be reprinted without permission of the publisher, Columbia University Press.

Footnotes are available in the full book.

Truthout
Share
Noam Chomsky discusses the historical embedding of an elite "guardian class" in US society going back to the framers of the Constitution.
Reproductive Rights