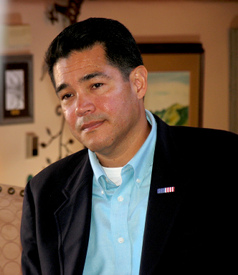 A special prosecutor, who spent nearly two years investigating whether former Attorney General Alberto Gonzales and other Bush administration officials committed crimes in connection with the firing of a US Attorney, has ended her probe, saying she found “insufficient evidence” to file charges.

Nora Dannehy, a federal prosecutor from Connecticut who was appointed special counsel in 2008 by then-Attorney General Michael Mukasey, determined that the December 2006 firing of New Mexico US Attorney David Iglesias was politically motivated and that Gonzales made a “series” of “inaccurate” and “misleading” statements to investigators, but his actions did not rise to the level of a crime.

Moreover, Welch said the evidence “did not warrant expanding the scope of the [probe] beyond the removal of Iglesias” to include eight other federal prosecutors whose dismissals also were motivated by politics – or as one Bush administration official put – because they didn’t measure up as “loyal Bushies.”

However, in a statement, Conyers cited inconsistencies in the logic not to prosecute.

“It is clear that Ms. Dannehy’s determination is not an exoneration of Bush officials in the US Attorney matter as there is no dispute that these firings were totally improper and that misleading testimony was given to Congress in an effort to cover them up,” Conyers said.

“Strangely, in deciding not to prosecute, the Department nevertheless concludes that David Iglesias was fired to influence future prosecution decisions in the New Mexico US Attorney’s office, stating that the evidence established Iglesias was removed ‘to eliminate the possibility of any future action or inaction by him,'” Conyers added.

“Apparently, because the [George W. Bush] White House plotters were not trying to affect Iglesias’ own decisions, but simply getting him out of the way so that a politically friendly US Attorney could be appointed, DOJ felt the firing did not meet the technical requirements for an obstruction of justice case.

“Similarly, [Dannehy’s investigation] does not conclude that administration officials testified truthfully to Congress on this subject. … Indeed, [Dannehy’s probe] reaffirms DOJ’s prior finding that Alberto Gonzales and [his chief of staff] Kyle Sampson made ‘inaccurate and misleading’ statements.”

In an interview, Iglesias, now a member of a team prosecuting cases before military commissions at Guantanamo, said he is “glad the matter is finally over.”

“I’m gratified the Justice Department took the matter seriously enough to appoint an experienced corruption prosecutor to investigate,” Iglesias said. “I will not second-guess her findings. I hope this scandal prevents future administrations and political leaders from attempting to politicize US Attorneys.”

The scandal resulted in Gonzales’s resignation as well as the resignations of numerous other Justice Department officials.

Two years ago, the department’s Office of Inspector General (OIG) and its Office of Professional Responsibility (OPR) issued a 356-page report on the scandal that “found significant evidence that political partisan considerations were an important factor in the removal of several of the US Attorneys.”

The oversight report concluded that Iglesias’s firing was the most “controversial” and that his dismissal was “engineered” by New Mexico Republican lawmakers, Sen. Pete Domenici, Rep. Heather Wilson and former White House political adviser Karl Rove over complaints that Iglesias refused to secure political sensitive indictments in alleged voter fraud cases and in a public corruption case prior to the November 2006 mid-term elections.

Domenici retired from the Senate and Wilson also left Congress in 2009 after unsuccessfully seeking the Republican nomination to fill Domenici’s seat, which is now held by Democratic Sen. Tom Udall. Rove is also out of government, working as a commentator and columnist.

Inspector General Glen Fine and OPR’s H. Marshall Jarrett, the principal authors of the two-year-old report, recommended the Justice Department launch a criminal inquiry into the firings and use subpoena power to secure testimony from unwilling witnesses.

Though securing testimony before a grand jury, Dannehy concluded there was not enough evidence to support allegations that individuals at the center of the probe made false statements to OIG/OPR or Congress, according to Welch’s letter to Conyers.

In his summary of Dannehy’s case, Welch said Dannehy did not find evidence that “anyone in the [Bush] White House or [Justice Department] sought to influence” Iglesias to file charges in either the public corruption or alleged voter fraud cases “in advance of the November 2006 election, or at anytime.”

Welch added: “While the actions of DOJ leadership were contrary to DOJ principles, they were not intended to and did not influence or in any way impede voter fraud prosecutions or a particular public corruption case.”

Dannehy concluded that Domenici’s efforts to remove Iglesias “were in part politically motivated” but not criminal, Welch said.

Last year, Conyers released more than 5,000 pages of documents that showed how Rove and former White House Counsel Harriet Miers played a far deeper role in the scandal than they had let on. The documents showed that Rove and Miers pushed for Iglesias’s firing because he wasn’t cooperating with Republican plans for indicting Democrats and their allies before the 2006 mid-term elections that saw Democrats gain control of the House and Senate.

However, both Rove and Miers claimed to be unable to recall key facts about their involvement in the issue.

A fact-sheet summarizing the Rove’s and Miers’s closed-door testimony before the Judiciary Committee said Rove’s “memory appeared to be quite selective.”

Rove “did not remember basic facts such as how and when he learned that David Iglesias would be removed, whether or not he ever saw the list of US Attorneys proposed for removal, or whether he even knew which US Attorneys were on the removal list when he approved the plan,” the fact-sheet said.

However, the fact-sheet noted that “Mr. Rove clearly remembered obscure details such as a conversation with a now-deceased political scientist from a University of Wisconsin subcampus about possible flaws in the Justice Department’s rejection of Wisconsin vote fraud complaints.

“While failure of recollection is always an issue in investigations, the extent of these witnesses’ failure to recall the basic facts about recent events is disturbing, and continues to obscure the full truth about the US Attorney removals.”

The House committee said Miers “suffered from an extraordinary failure of recollection during her interview, stating more than 150 times that she did not recall the answer to questions about the US Attorney matter, including fundamental and memorable facts such as what she meant when she wrote that a ‘decision’ had been made to remove David Iglesias from his position in October 2005, or whether or not Karl Rove specifically asked that David Iglesias be removed when Mr. Rove called her, agitated, from New Mexico.”

According to the transcript of Miers’s testimony, a “very agitated” Rove phoned her from New Mexico, apparently in September 2006, and told her that Iglesias was “a serious problem and he wanted something done about it.”

At the time of the phone call, Rove had just met with New Mexico Republican Party officials angry at Iglesias, who was refusing to proceed with voter-fraud cases because he felt the evidence was weak and because pre-election indictments would violate DOJ guidelines.

Miers said she responded to Rove’s call by getting on the phone to Deputy Attorney General Paul McNulty and passing along the message that Rove “is getting lots of complaints,” adding: “It was a problem.” About one month later, Iglesias was added to the list of US Attorneys to be removed.