What weighs as much as a cow and is as tall as the Leaning Tower of Pisa? The amount of trash you produce every year.

Americans are responsible for sending an astonishing amount of waste to landfills — and it’s only gotten worse over the last 100 years. How has our extravagant garbage affected our country, and what can we do to make it better?

According to research from the team at SaveOnEnergy.com, the number of landfills has dramatically increased over the last century to accommodate all the extra trash being produced. Landfills were once “environmental disasters” sending methane into the air and contaminated liquid into the ground, but the 1976 Resource Conservation and Recovery Act created regulations for landfills.

We’ve come a long way, but there’s still work to be done. 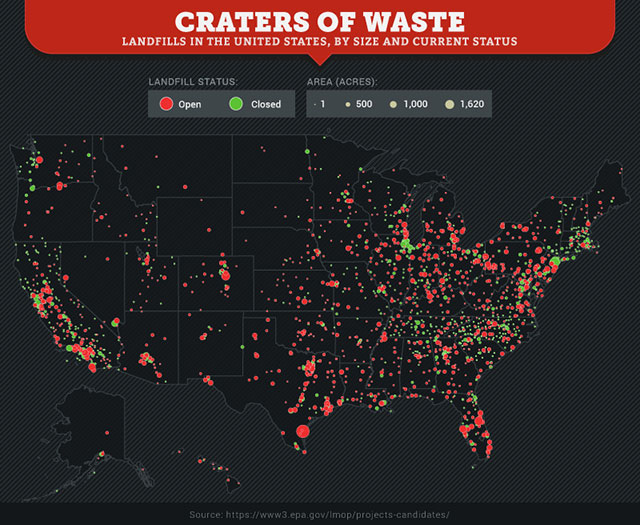 Where can we find the most landfills nationwide? The East Coast and Midwest are home to most of the nation’s landfills, with most states containing several large sites and a “dump deluge” in Tennessee and the Carolinas. Landfills pungently punctuate the West Coast, from California to Washington. 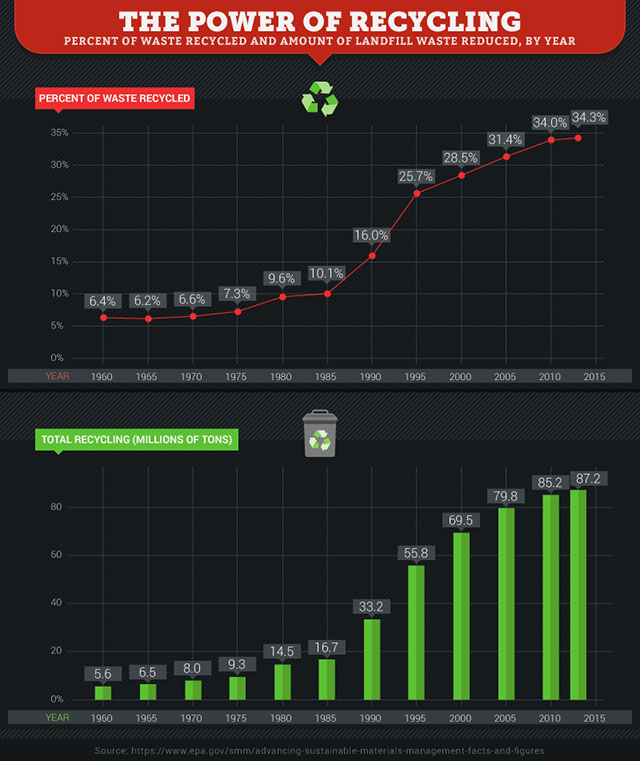 There is some encouraging news: Recycling is on the rise. Encouragingly enough, analysts found that more Americans are hopping on the recycling bandwagon. Last year, 87.2 million tons of waste could have ended up in a landfill but didn’t. Yes, recycling is slowly increasing — but so is trash generation. It may not seem like much, but there are small steps you can take to help reduce our impact on the nation’s environment.

How to Reduce Your Impact on the Environment, Courtesy of SaveOnEnergy.com:

Share
Copyright, Truthout. May not be reprinted without permission.
Elizabeth Segarra

Elizabeth Segarra joined the SaveOnEnergy team in 2015. She graduated from Auburn University in 2014 with a degree in public relations. After working in marketing and advertising, Elizabeth discovered her true passion is writing. She wants to teach younger generations the importance of protecting our planet. Elizabeth also enjoys running, playing the piano and baking banana bread.