Corporate money has had a devastating effect on the democratic process in the United States, made worse by the Supreme Court’s Citizens United decision. But Americans are fighting back. In When Money Talks, Derek Cressman argues that a constitutional amendment is the solution and reveals an oft-overlooked tool that citizens can use to ensure an amendment’s passage. To order your copy, make a donation to Truthout today.

The following is an interview with Derek Cressman, author of When Money Talks: The High Price of “Free” Speech and the Selling of Democracy.

Mark Karlin: Wall Street has become the symbol of big money controlling government and our economic system, but the oligarchical purchase of democracy extends much farther than Wall Street monetary and financial policy, doesn’t it? Citizens United unleashed billionaires and millionaires, corporations and lobbying firms and organizations to essentially buy candidates and frame election issues, didn’t it?

Derek Cressman: Wall Street is absolutely a major source of funds for campaigns, but donors tied to fossil fuel extraction, tobacco, gambling, corporate agriculture and pharmaceuticals all write huge checks, as well as ideological and eccentric billionaires. To see the impact, witness how quickly President Obama took prescription drug prices off the table when he began negotiating health-care reform in his first term or how an obscure oil pipeline like the Keystone XL became a national topic of debate. Similarly, the lack of campaign funds from regular people makes it much harder for Congress to prioritize income inequality or student debt.

It’s interesting to me how much emphasis the mainstream corporate media puts on regularly reporting on how much each candidate has raised in their campaigns for office. Doesn’t this, regrettably, become a benchmark factor in the “electability” of candidates, as you recount personally in your book?

Because both editors and readers know that money matters, fundraising becomes an easy benchmark to measure campaigns by. This is one reason why disclosure of campaign funding is not enough. While it has many benefits, disclosure also has some downsides – it discourages some candidates from running and discourages some voters from participating since all “viable” candidates seem to be taking money from one special interest or another (with Bernie Sanders being the exception that proves the rule). Big money not only impacts who wins elections; it impacts who runs in the first place and who gets taken seriously by the media and endorsing organizations. As I learned in my campaign for secretary of state in California, everyone wants to be with a winner and the best way to predict that is fundraising. 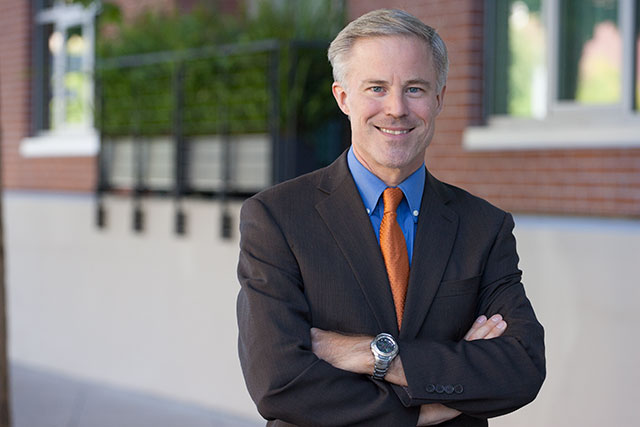 What is the difference that you detail between paid speech and free speech?

It’s the difference between an advertisement and a news story. The key question you need to ask to distinguish free speech from paid speech is who is paying for the information to be disseminated – the speaker or the reader. Advertising intrudes on a reader’s choice of what information to accept and what to reject. Paid speech is like a hack on your spam filter that gets in the way of emails you want to read.

How does paid speech – particularly through television advertising in the billions of dollars and other dark money “investments” – dissipate a citizens’ democracy?

Paid speech undermines our autonomy to control our own information flow and puts that power in the hands of big money donors and political campaigns; paid speech effectively crowds out free speech. We all have only 24 hours in a day, and realistically we can maybe devote one of those hours to consuming information pertaining to politics. Our email inboxes overflow, our televisions are filled with hundreds of cable stations, our phones ring off the hooks, junk mail clogs our postboxes. The only sane response is to create information filters that allow you to decide which speech is most important – and paid speech (advertising) violates those filters and ensures that only a few well-financed viewpoints can break through the clutter.

During a presidential election campaign – which now extends basically two years – isn’t it a challenge to galvanize people, as you are attempting to do, to push back against the Supreme Court – and other judicial deciding bodies – by passing a constitutional amendment to reverse Citizens United?

Because our time is scarce, it is always a challenge to get people to focus our collective attention on any one thing – but especially the seemingly mundane issues of our political process. However, I actually think campaign season is an ideal time to raise these issues. Voters will be inundated with paid speech and many will turn away from the election process as a result, which is exactly what many campaign consultants want. To re-engage voters, we need to first acknowledge what has turned them away from politics to begin with and then offer real steps to address that. Elections that are centered around substantial issues like reclaiming our democracy from a rogue [Supreme] Court are a chance for voters to make our voice heard.

Your book is called “an instruction manual to restore fair elections.” What are some of your options that citizens can engage in?

There are simple things that anyone can do like joining organizations, writing letters to the editor and even stamping messages on dollar bills. But especially this year, we should all be asking congressional candidates where they stand both on a constitutional amendment to overturn Citizens United and a long line of related cases as well as Supreme Court nominees that would overturn those cases. The book also suggests bigger projects like working to get your local or state legislature to place a question on the ballot allowing voters to instruct their elected representatives to pass a constitutional amendment to overturn Citizens United. We are likely to see questions like that in California and Washington State this year as well as many cities.

You suggest a constitutional amendment in chapter six that would state that the US Constitution does not prohibit placing a limit on the amount of political contributions. This would nullify the Supreme Court decisions that have removed most campaign limits on the wealthy, including Buckley v. Valeo and Citizens United. If such a constitutional amendment were passed, however, wouldn’t we need citizens to be energized to get federal and state legislatures to enact stringent financial contributions?

Yes, and we’ve seen that organizing around an amendment is the best way to get citizens energized. Once we have the political strength to pass an amendment with two-thirds in both houses of Congress, we will also be in a strong position to pass federal legislation. And, the 38 state legislatures that need to ratify an amendment would be primed as well. Having a clear vote on the principles of limiting big money is an ideal way to pave the way for the more technical and wonky details that would be included in enacting legislation and regulations. Conversely, trying to pass complicated legislation without first winning the clear political mandate to do so hasn’t been that successful for reformers over the past four decades.

What do you think of the ability of candidates who are independently wealthy who finance their campaigns, which is becoming increasingly common for members of the oligarchy who have never held office? One just need take a look at Donald Trump.

You could also look at California Congressman Darrell Issa, former New Jersey Gov. Jon Corzine or [former] New York City Mayor Michael Bloomberg. Wealthy candidates not only have the advantage of self-funding, but also of connections to other wealthy people and an immediate leg up in the media “viability” assessment, which may mean they don’t actually need to spend that much of their own funds. The overall effect skews the demographic makeup of Congress (more than half of whose members are millionaires). It also forces non-wealthy candidates to adopt positions that cater to wealthy interests so they can compete.

Wouldn’t publicly financed elections on the federal, state and local levels solve all these problems?

Public financing of candidates is helpful, especially in down-ticket, low visibility races. It leads to more candidates, with a greater diversity of viewpoints, and campaigns and legislation can focus on issues that ordinary people care about. However, in highly visible races, public funds may actually increase our reliance upon paid speech (albeit more balanced and diverse speech) and may continue to turn voters away from politics.

We need to rethink whether 30-second ads are really the best way to inform voters, however they are paid for. What I’d really like to see is public funding for free internet service for every American, tax credits for newspaper and magazine subscriptions, and full funding for multiple public TV and radio stations (while banning them from accepting private funds or running any ads). This type of public funding would promote listener-solicited speech, not paid speech forced on us by candidates and consultants, and ultimately would provide voters with higher quality information.

Finally, unless we check the raw, unaccountable power of the Roberts’ court, I fear they will keep chipping away at the viability of public financing programs as they have by unleashing huge sums of private funds and by striking down (in Arizona) the opportunity for publicly financed candidates to respond. As we saw with the McCain-Feingold ban on soft money, the fact that the court has previously upheld a policy is no guarantee that the five ideologues in the current majority won’t ignore that precedent to further their own personal politics.

Your title for chapter eight is “Halfway Home: We’re Further Along Than You Think.” What is the cause for your optimism?

When I was in college, I studied the Soviet Union and the South African apartheid regimes, which were even worse that what we face today in America. Those regimes looked immutable, despite being morally bankrupt and lacking the support of the overwhelming majority of their people. What we learned is that social change happens like a political earthquake – sweeping changes happen quickly, and unpredictably, after sufficient pressure has built up over time.

The Roberts’ court looks untouchable today, yet many will be surprised at just how rapidly it crumbles as its foundations are similarly shaky both intellectually and politically. We have reached a point where 80 percent of Americans think that the Supreme Court got it wrong when it equated campaign spending with free speech – that’s simply not a sustainable position for the court to maintain. While shifts in political tectonics do take time, we need to recall that we are 40 years into the struggle against judicial intervention with campaign finance laws (which began in January of 1976 with the Buckley v. Valeo ruling). The only question, really, is how much damage the court will incur to its long-term reputation and respect before it yields to common sense and respect for the people it purports to serve.