On June 23, 2016, Mary Rose Ziman received devastating news. Her request for compassionate release had been denied.

As reported earlier, the 67-year-old suffers from debilitating fibromyalgia, has three cancerous spots on her left lung, requires the use of three inhalers and has only 51 percent lung capacity. She is blind in one eye and has a cataract in the other. She has been hospitalized numerous times during her 17 years in prison. Her latest hospitalization occurred in March 2016; she spent 10 days in the hospital for a kidney infection stemming from an untreated urinary tract infection.

Between 2009 and 2013, the number of people ages 50 and older in federal prisons increased by 25 percent, making them the fastest-growing segment. The increase is not a result of an influx of older people into the prison system; rather, people serving lengthy sentences are aging behind bars. At the end of 2013, aging people comprised 26 percent of those held in minimum-security prisons, 23 percent in low-security prisons, and 33 percent in prison medical centers.

Ziman applied for executive clemency, which would have lessened her 27-year sentence and allowed her to return home early. Her petition was denied in April 2016, shortly after she returned from the hospital. Ziman then filed a petition for compassionate release. 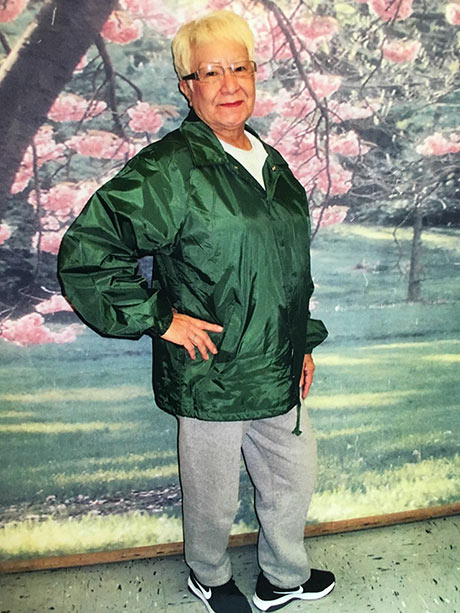 Mary Ziman before she was hospitalized for 10 days for an untreated urinary tract infection. (Photo courtesy of Corey Ziman)Under compassionate release, people who are over the age of 65, suffer from chronic or serious medical conditions and have served at least half their sentence can apply to be released early, allowing them to spend their remaining days at home with their family and loved ones. The person must write a request to the prison’s warden, who then issues either an approval or a denial. If approved, the request is then referred to the director of the Bureau of Prisons.

Compassionate release has been granted infrequently. From August 12, 2013, to September 12, 2014, 2,621 federal prisoners applied for compassionate release. Of those, 320 requests were approved by the prisons. The director of the Bureau of Prisons approved only 111 of those requests. Of those, only 85 people were ultimately released.

Like Ziman, 85-year-old Benjamin Share was initially denied compassionate release despite having suffered a heart attack while in prison. But his daughter Linda refused to give up, mounting a legal fight that cost her thousands of dollars and involving her local senator Pat Toomey. In June 2014, Share was released and allowed to return home. He died less than 48 hours later.

“Over the years with my father I was very lucky to work with some amazing people who wrote articles and/or included his situation in their research,” his daughter Linda Share wrote in an email to Truthout after reading about Mary Ziman. “Today I must credit those authors and researchers with the fact that he did come home and he was aware that he was home.”

Staff and administrators at the federal prison in Victorville, California, denied Ziman’s request. “Specifically the Medical Department advised, at the present time, that your medical condition does not represent extraordinary or compelling circumstances which would require a compassionate release, or a reduction in sentence,” stated the paperwork signed by Calvin Johnson, the warden. It continued:

Medical has also determined that the medical records show your recounting of the seriousness of your medical conditions and allegations are quite exaggerated. While you do have numerous conditions, and undoubtedly suffer from chronic pain, these conditions are not at stages which would reduce your life expectancy, or cause you to be incapable of functioning in your current prison environment. Furthermore, besides your proposed cataract surgery, there is no ‘surgical intervention (necessary) to prevent further unnecessary deterioration of my health,’ and no malignancy. In your present condition, you can remain under the usual careful medical care of the Federal Bureau of Prisons.

Amy Povah, founder of the CAN-DO Foundation and a member of the National Council of Incarcerated and Formerly Incarcerated Women and Girls, has been advocating for Ziman’s release. She was shocked to hear that Ziman was denied. “Mary meets ALL the criteria for a compassionate release,” she wrote in an email to Truthout. “She’s over 65, in poor health, she has served almost her entire sentence, over 17 years with perfect conduct, so if the BOP is going to deny Mary, there is virtually no hope for anyone receiving a compassionate release, even if they qualify in every way.” 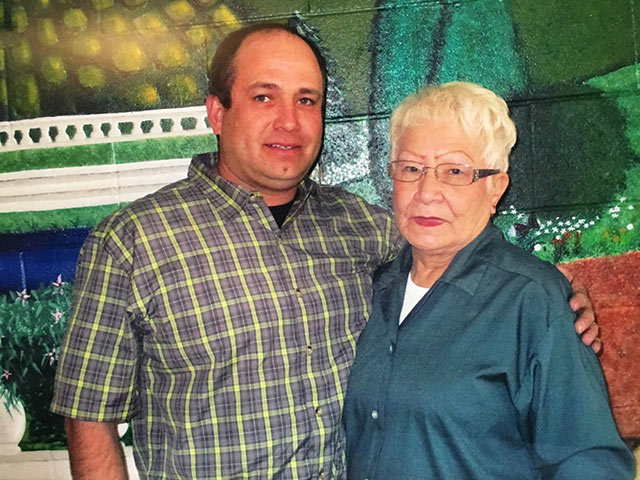 Mary Ziman with Corey Ziman at the federal prison in Victorville after her March 2016 hospitalization. (Photo courtesy of Corey Ziman)

Her family has not given up though they’ve learned to be cautious in their optimism. “It is hard on a family when your hopes get up and then it all comes crashing down,” Ziman’s son Corey wrote in an email to Truthout. “We have experienced this several times with the clemency, motions, and now the compassionate release. It does not get any easier from time to time.” This time, the family had been more hopeful and had even secured housing in anticipation of Ziman’s release. He said that prison administrators told Ziman to file another request. Meanwhile, he, his eight siblings and Ziman’s 28 grandchildren (and two great-grandchildren) can only hope that she is released before any other medical disaster hits. “All we can do is hope for change and help where we can.”

Share
Copyright, Truthout. May not be reprinted without permission.
Victoria Law

Truthout
Share
Requests for compassionate release of the aging and chronically ill in federal prison are most often denied.
Politics & Elections