In Iraq, a bullet to the spine turned Tomas Young’s world upside down. But on his return to the United States, he became a vocal critic of the war in which he had fought and all US wars, as well as an outspoken advocate for better care for veterans — all while facing catastrophic injuries of his own. In Tomas Young’s War, veteran Mark Wilkerson tells this powerful story of tragedy and sacrifice. Order your copy with a donation to Truthout today. 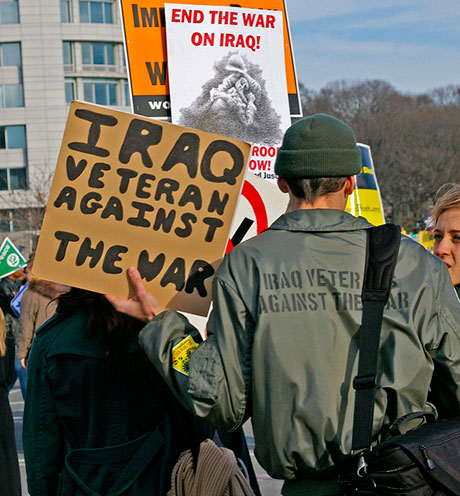 Tomas Young returned home with devastating wounds and a tenacious will to end the Iraq War. (Photo: Night Heron / Flickr)The following is a Truthout interview with Mark Wilkerson, author of Tomas Young’s War.

Mark Karlin: Many in the US political, entertainment and media world jingoistically hype support for veterans’ charities, but rarely do they ever bring to our attention the devastating condition of veterans who have survived injuries. Why is a book such as Tomas Young’s War vital in countering a sanitized charitable appeal for veterans that doesn’t focus on the actual ordeals of veterans such as Tomas Young?

Mark Wilkerson: It is our responsibility to fully understand what war means before we send our troops off to fight. Otherwise, how are we making an informed decision? And if we don’t understand their plight, how are we going to take proper care of our veterans when they return home?

The media tends to focus on the more palatable stories, such as those of happy post-deployment family reunions or of veterans overcoming injuries to achieve some physical feat. These stories make us happy and proud, and of course we should listen to them. But war creates tragedy and pain for many veterans and their families for generations, and we owe it to ourselves to listen to stories that illustrate that fact, too. Tomas’ is one such story.

When was Tomas Young injured in Iraq and what, in summary, were the nature of his initial wounding and subsequent complications?

Tomas was injured on April 4, 2004, his fifth day in Iraq, during a violent uprising in the Baghdad suburb of Sadr City. Eight American soldiers were killed during the fighting, and more than 50 more were injured. Several hundred Iraqis were killed. Tomas was part of a quick reaction force that was deployed in response to events which took place during the first few hours of the uprising. He was one of 12 soldiers jammed in the back of an unprotected, unarmored supply truck — easy pickings for an Iraqi sniper. The first bullet entered just under his left collarbone, severed his spine and exited through his right shoulder. The second bullet shattered his left knee. Tomas was instantly paralyzed from the chest down at 24 years of age. He was impotent, unable to control his bladder and bowel, unable to control his body temperature or even cough.

The list of complications is extensive, but over the next decade he suffered dangerous spikes in blood pressure, excruciating abdominal pain that didn’t respond to surgical intervention, a pulmonary embolism which resulted in a brain injury that left Tomas with severely degraded speech and much of the use of his hands, pressure sores, muscle spasms, endless urinary tract infections … A decade after his initial gunshot wound, Tomas was using a feeding tube, a colostomy bag, a pain pump and catheter, and was under hospice care. He was never able to sit comfortably in a wheelchair. He died as a result of his injuries on the eve of Veterans’ Day 2014 at 34 years old.

At what point did Young become an activist against the US war machine?

Tomas’ grievance was specifically with war in Iraq, a nation which had nothing to do with 9/11 and posed no threat to us. He joined the Army just a couple of days after 9/11, expecting to go to war in Afghanistan, the sanctuary of Osama bin Laden and his al-Qaeda network. When the preemptive Bush Doctrine became apparent in 2002/3 as Tomas was stationed with an infantry unit in Fort Hood, Texas, it became clear that he’d be deployed to Iraq. He spoke out against this immediately and continued to do so, but ultimately he followed orders and deployed to Iraq with his unit in March 2004.

After his injury Tomas continued to speak out. His strong sense of betrayal and the severity of his injury made his message even stronger. The documentary film Body of War by Phil Donahue and Ellen Spiro and his tireless activism at events across the country gave him national attention.

In the epilogue, when you write about Tomas Young’s death at the age of 34 in November of 2014, you begin by quoting Ernest Hemingway: “The best people possess a feeling for beauty, the courage to take risks, the discipline to tell the truth, the capacity for sacrifice.” Can you discuss how you came to see this in Young during your conversations with him?

We never discussed Hemingway, but that quote just summed up Tomas so well for me. His appreciation of beauty — of visual art, of the written word, of music — was evident as soon as I stepped into his home and looked around at the abundance of posters and books, and it was reinforced by our many conversations on the subject. His insistence on being unflinchingly honest about his circumstances was incredibly courageous and meant that much of his post-injury focus was on speaking out rather than on his recovery, a sacrifice many of us wouldn’t have chosen to make. The quote ends with “ironically, their virtues make them vulnerable; they are often wounded, sometimes destroyed.” Taken as a whole, that single quote seemed to summarize so much of Tomas and his story. 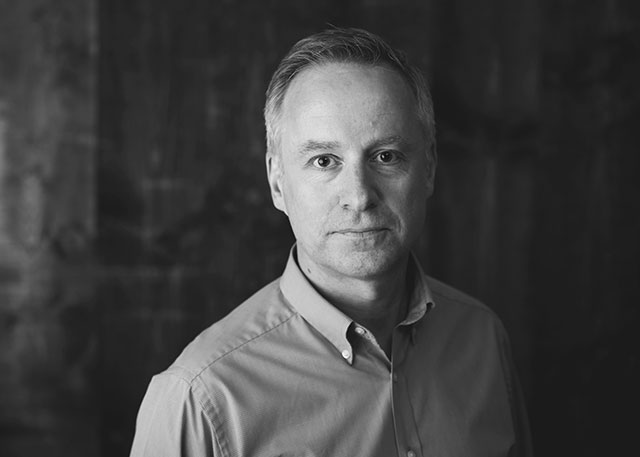 During the Vietnam War, we still had a draft — although many scions of the rich such as Donald Trump and George Bush evaded it. There were massive protests against the war in large part because people from all sectors of society were being drafted (eventually in a lottery system). Given that the US military is now composed of “voluntary” soldiers, are people like Tomas Young considered more disposable by society?

We act that way. We’ve certainly demonstrated that we’re willing to send our military off to fight without fully thinking it through. I think the fact that it’s a voluntary force, and that it is comprised of less than half a percent of our population, means that most of us have no personal connection to the military. We don’t know what it really means to fight, to go to war. We don’t know what it costs us and our families. This makes it all the more important for us to listen to the growing number of voices of veterans from our recent adventures in the Middle East.

What did your own eight years in the Army contribute to how you approached writing about Tomas Young?

My military experience, particularly the six months I spent as a Black Hawk crew chief in Somalia, gave me an acute lesson in what war is. After Somalia I became more aware of my mortality, and what it means to be on the ground in a combat environment. I remember thinking about those bodies being dragged through the streets of Mogadishu, and that I could easily have been one of them. When I heard about Tomas and his injury, it wasn’t difficult for me to think that could have been me. Further, our Army background and similar tastes in books and music were a common bond; we found it easy to communicate and relate to each other.

Truthout
Share
"Tomas Young's War" chronicles a soldier's 10-year battle against the effects of a sniper's bullet and the US war in Iraq.
Immigration