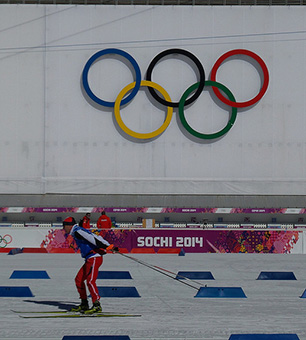 (Photo: Val 202 / Flickr)With every Olympics comes the promise of huge, state of the art, spectacular sports venues for the event. Host nations want to put their best foot forward for the athletes, and they say the expense is justified by the benefits to the community long after the event is over — finally, people will have amazing arenas, pools, rinks and more for training, competing and enjoying sports. Plus, the local economy will experience a resurgence. But what really happens to those venues, and are they really worth it? Evidence suggests that Olympics venues routinely fall into disrepair, becoming hazardous piles that need to be torn down and cleared, sometimes within just a few years of the Games.

So much for benefiting the community.

In Greece, it’s estimated that 21 of 22 purpose-built venues have fallen into such disrepair that they can’t be used, in a nation struggling with massive debt and social unrest. After the Sarajevo Games, the podium turned into a site for public executions; it’s now a grim testimony to a history of war and misery. Venues from Beijing’s Summer Games are equally damaged, with some falling apart already thanks to hasty construction. Bearing decorations of graffiti and trailing snags of building materials, they’re hazard zones, not sports venues. Meanwhile, the Olympic Village from Torino (2006) is barred off from the public with heavy-duty fencing, an indication of the lifelessness inside.

Even as far back as 1960, Olympic venues were being abandoned and torn up almost as soon as the events were over. It’s bad enough that cities spend billions on preparing for the Games and building up structures for it, sometimes at the cost of existing homes, but it’s shocking to see how many Olympic venues have been tossed aside once they’ve served their purpose. Stadiums, housing, and other areas shouldn’t be considered disposable, considering how much goes into them.

Economists have looked into the claim that hosting the Olympics brings about positive economic changes for host cities, and they’ve found that it simply isn’t true. In blind comparisons of cities that are more or less similar in terms of situation, population, and other factors, they found no notable difference between Olympic hosts and cities that hadn’t hosted the Games. Their research also found that cities often find themselves stuck with white elephants if they aren’t careful about their post-Games planning: what do you do with stadiums, housing, tracks, and other venues built to contain far more fans than you’ll ever accommodate on an ordinary day? What about sports that aren’t played much in a host nation, and therefore won’t attract players and viewers?

These are important questions for Olympics organizers, who need to be accountable to citizens of host nations. In the process of planning for an important international event like the Olympics, they also need to think about how to make the event benefit people long after visitors have gone — if it’s even possible to do so. While economists are quick to note that they don’t want to dissuade countries from hosting the Olympics, they caution that IOC-spurred competition has perhaps created an unhealthy economic and social climate as cities vie to outdo each other during the bidding and hosting process. Might it be time to scale back the Olympics to a more reasonable level?