Fire Shut Up in My Bones is more than just the story of how Charles Blow went from a tumultuous childhood in the Deep South to acclaim and respect as a New York Times columnist and social critic. It is also a meditation on race, gender, class and sexuality in the United States today. Alice Walker calls this book “a luminous memoir that digs deep into territory I’ve longed to read about” – order your copy today with a donation to Truthout!

Truthout interviewed Charles Blow about his memoir in which he describes how he arrives at a place of pride in his bisexuality, among other personal journeys.

Mark Karlin: In your first chapter, “The House With No Steps,” your initial memory is crying at the passing of your great-grandmother, “Mam’ Grace.” You describe the scene that occurred in the 1970s with an intensity as though it were happening today. How did you summon the details that make the unfolding of your childhood so vivid, so palpable – eloquent and cinematic at the same time?

Charles Blow: That is the thing about traumatic memories: They stay with us. However, it was important for me to also illustrate the frailty and faults of childhood memories. The opening scene recounts a false memory and describes it as such. It was important for me to strike that point from the very beginning, to show that memoir writing is in part about the archeology of memory.

For the first few chapters of Fire Shut Up in My Bones, the reader is riveted by a narrative about your family that is rich in detail, relationships and character. Even though you occasionally traveled to visit your grandparents in Arkansas, your world, in your first years, appears encapsulated in family and poor rural neighbors that nurtured, loved, befuddled and also scarred you. How do you now look at that period of intense family relationships, in a fairly remote location, that characterized your early years?

I still think of it fondly. Although it was harsh, in many ways it was also idyllic: surrounded by nature, eating only – or at least mostly – what you yourselves grew, being nurtured by the extended family and community that I call my village.

What did you “learn” about how to deferentially behave toward white people in your home community when you ventured out of the Black section of the area?

There wasn’t much to learn because we rarely ever saw white people other than at the stores. In a way, I grew up in a bubble, isolated, and therefore protected, from racial anxiety and animosity. 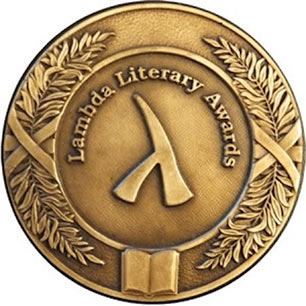 (Photo: Bisexual.org) A significant part of your narrative is about a journey toward understanding your gender identity. It is a voyage filled with nuance, uncertainty and trauma. By the end of the memoir, after you became the youngest head of the graphics department at The New York Times at the age of 25 – and then a regular columnist – you come to terms with your gender identity. What brought you beyond confusion and anger into a place of personal acceptance?

The simple understanding that I had a moral obligation to love myself as myself, without explanation or excuse, that I need not spend my life defining myself by defending myself.

In the end, you forgive your cousin Chester and late Uncle Paul for their personal sexual betrayals of you. You begin the autobiography, however, with a prologue that ends with you on your way to kill your cousin Chester. The reader is left suspended with gripping curiosity about the outcome, about the cause of your potentially lethal anger. How did you arrive at forgiveness?

First, I must say that this is a particular kind of forgiveness: the release of rage, not the understanding of action. That said, it became clear to me that hate consumes a heart and leaves no space for love, the love of self or the love of others. As long as I hated him, I did injury to myself.

How did you become enriched by words? You mention in Fire Shut Up in My Bones that you were drawn to books, not toys, as a child.

I think James Baldwin said it better than I ever could: “You think your pain and your heartbreak are unprecedented in the history of the world, but then you read. It was books that taught me that the things that tormented me most were the very things that connected me with all the people who were alive, or who had ever been alive.”

Although you are ultimately baptized, you flee from the first ceremony at the last moment. Religion doesn’t play a large role in your memoir, although you have some remarkable descriptions of church life. What is your perspective now on religion?

I disagree. Religion, or maybe more accurately, spirituality, is central to this text. I believe that the quest to find oneself and to love oneself is a spiritual quest, and we pursue it with religious fervor. Even much of the language borrows its rhythm and cadence from Bible verses and Southern Baptist preachers. As for now, when people ask my stance on religion, I often answer: unresolved.

Why did you choose Fire Shut in My Bones as the name of your memoir? How did your release from that “trapped” fire free you to “give [your] life over” to your passions, your writing, your children – and being a New York Times columnist focusing on social justice?

That was simple: It is, I believe, one of the most beautiful metaphors in the Bible (there goes the Bible again) and completely apropos to my journey. It come from Jeremiah who is explaining that although he would like not to preach the word of God, he can’t hold it in, because to do so is in fact discomforting to the point of pain.

Truthout
Share
Author Charles Blow discusses his memoir and how he arrived at a place of personal acceptance regarding his sexuality.