Millions of people living near refineries will be directly affected by a long awaited updates to regulations the Environmental Protection Agency has proposed for oil refineries. Their new proposed rule includes a reduction of flaring, monitoring benzene emissions, and upgrading emission controls during the crude oil refining process.

“We need 21st century monitoring devices for fenceline communities,” former General Russel Honoré, founder of the Green Army, a coalition of environmental groups and concerned citizens fighting against pollution, told DeSmogBlog. “The new rules the EPA has put forth still don’t require that. Industry’s objective is to reduce liability, because they want to avoid liability. They don’t want good monitoring,” he says. 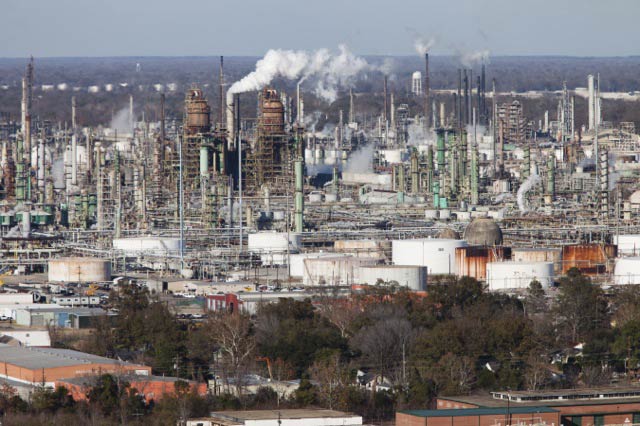 Honoré became an advocate for clean air and water after being invited to Bayou Corne, Louisiana. He visited the community as the first anniversary of its sinkhole disaster approached. Victims who had been under a mandatory evacuation reached out to him for help after losing faith that the government would act on their behalf.

“You broke it, you fix it,” became Honoré’s message to industry.

Honoré is active on many fronts in the struggle for environmental and civil rights. He added his voice in the fight to stop fracking before it starts in St. Tammany Parrish, and has spoken up for communities living near refineries.

Recently he spoke out against SASOL’s plan to build a new facility in Mossville Louisiana, where residents already live with industrial pollution.

Famous for bringing order to New Orleans after chaos broke out following Huricane Katrina for yelling “ Weapons down, dammit,” at the National Guard, he has repeated that advice to law enforcement in Ferguson. “Let the people speak, he told Anderson Copper on CNN.

Honoré encourages participation in the democratic process and is asking people to comment on the EPA’s new proposed refinery emissions rule now.

“If people don’t comment, the lobbyists will convince legislators the new rules are not needed,” Honoré says.

The EPA has until April 2015 to release the new rule in accordance with a consent decree approved by a federal judge earlier this year. “Implementation of this proposed rule will result in project reductions of 1.760 tones per year of hazardous air pollutants, which will reduce cancer risk and chronic health effects,” states the EPA in their summary on the rule.

The proposed rule is the result of a lawsuit filed by Earthjustice, an environmental law firm, and the Environmental Integrity Project on behalf of environmental groups working across the country to protect communities living near refineries.

Their suit alleged the EPA was over a decade late in reviewing and updating toxic air standards for refineries as required by the Clean Air Act.

Louisiana environmental groups point out that while the new rules are a step in the right direction, they still fall short. 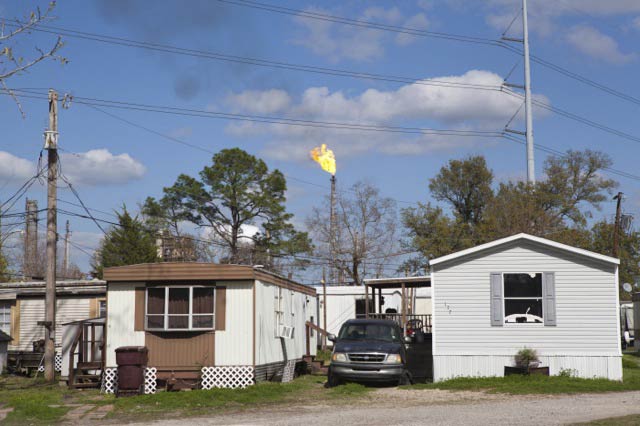 Mobile homes next to a Shell oil refinery in Norco, Louisiana ©2012 Julie Dermansky 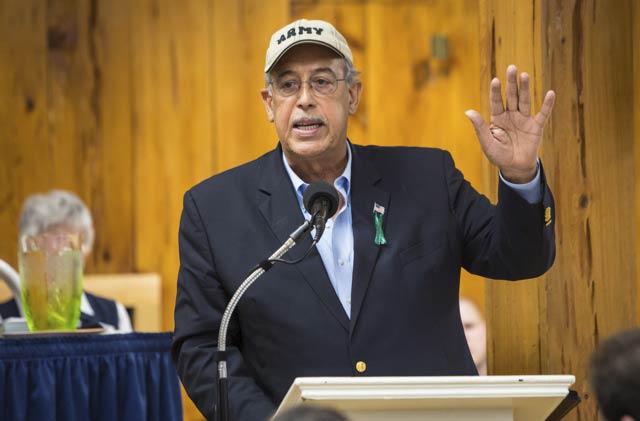 “Here in Louisiana, we are averaging about 10 accidents per week. More than 200,000 people live and over 60 schools and daycares are located within two miles of Louisiana’s 17 refineries. This rule making needs to require real time monitoring so residents can know when to get out of harm’s way,” Anna Hrybyk, a program manager with the New Orleans activist group Bucket Brigade told the New Orleans Times Picayune. “Communities deserve to know when they are in danger from toxic leaks. New technology has made it possible to know what pollution is pouring out of refineries.” 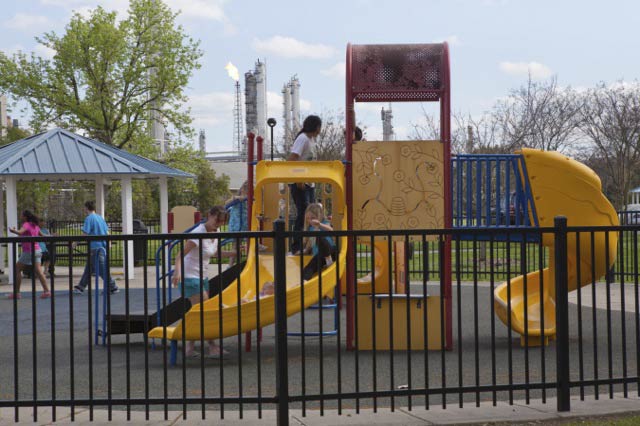 Playground next to a Shell oil refinery in Norco, Louisiana ©2012 Julie Dermansky

“Louisiana has 18 petroleum refineries which will fall under the proposed refinery emissions standard, ” writes Wilma Subra, technical adviser for the Louisiana Environmental Action Network (LEAN). On the LEAN blog, Subra lists state refineries and figures on their emissions. 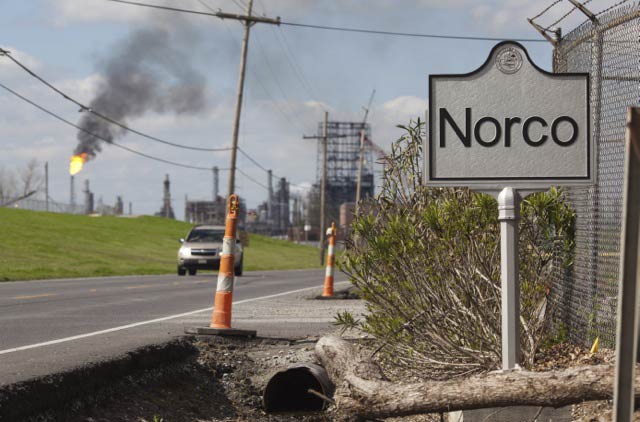 Norco, Louisiana, located between Baton Rouge and New Orleans along the Mississippi River, has a large concentration of chemical and oil companies referred to by industry as the “Petrochemical Corridor,” and “Cancer Alley” by environmentalists. © 2012 Julie Dermansky

“Typically the public debate in Louisiana when it comes to new regulations on industrial facilities is dominated by lobbying groups expounding, often erroneously, about how they might impact business and jobs. This debate ignores the true importance of these regulations,” Marylee Orr, Director of LEAN, told DeSmogBlog.

“The emissions from these facilities pose a significant risk to the communities and employees that live and work in the area. The only way to effectively balance this debate is for the communities adjacent to these facilities to speak up and participate in the public process by submitting comments so that their real concerns and the true purpose for these regulations are identified on record,” she said. 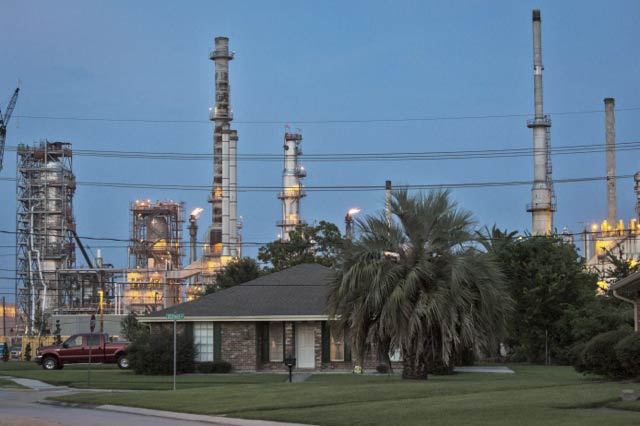 “The EPA needs to look at more chemicals from these refineries, require more monitoring, and make sure that all that information is easily accessible to communities,” Daryl Malek-Wiley, New Orleans Sierra Club representative, told DeSmogBlog. 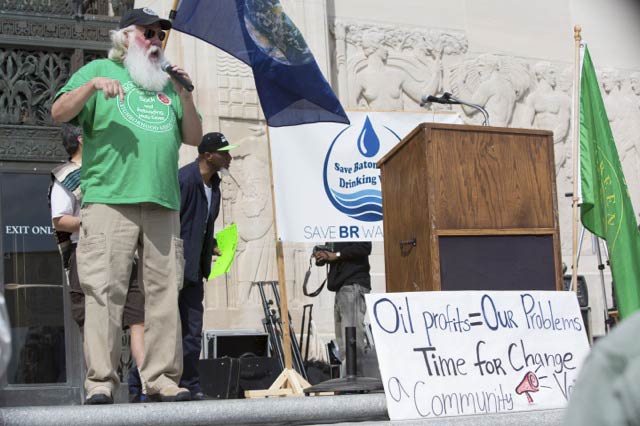 Darryl Malek-Wiley of the Seirra Club speaks in front of the State Capitol to a crowd at the Water Festival a ‘Green Army’ event. © 2014 Julie Dermansky

Industry is not embracing the updated rules either. Representatives have asked for an extension to the public comment period. “The 60-day comment period is insufficient for regulated parties to properly evaluate all of its components,” wrote The American Fuel & Petrochemical Manufacturers (AFPM) in their public comment.

“The EPA doesn’t need more time,” Honoré says. “Industry doesn’t want the new rules because they would hold them accountable. Industry always claims there is too much regulation. That is the same thing they said about seat-belts and car emissions. The public believes the government is doing its job and it is not,” according to Honoré. “When it comes to protecting the public from pollution, they are falling short.”

Earthjustice is also suing the EPA to compel the agency to set rules for Superfund sites. In a new lawsuit, Earthjustice alleges the EPA has failed to issue key rules that were mandated by the Superfund Act, leaving the public to pay the bill for polluters’ spills.

“The Freedom Industries chemical spill in West Virginia that left hundreds of thousands of people without safe drinking water due to leaks from aging, corroded tanks could have been avoided if EPA had put these rules in place long ago, as the law requires,” said Earthjustice.

As for the EPA’s new proposed rules on refinery emissions, Earthjustice urges people to “Tell EPA Administrator Gina McCarthy that she must stand up to Big Oil and protect every community’s right to breathe clean, healthy air.” They offer a public comment letter the public can add their names too.

You can comment on the new rule at regulations.gov

The Sierra Club also offers a message you can send. 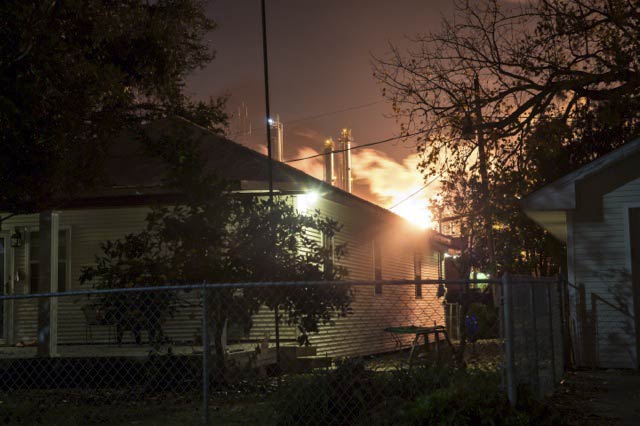 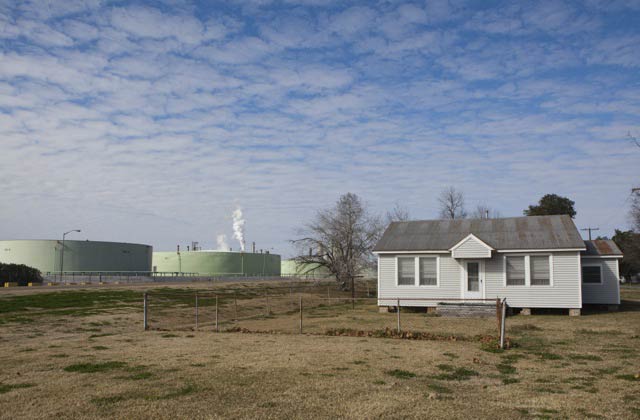 House next to the Marathon Refinery in Louisiana ©2012 Julie Dermansky