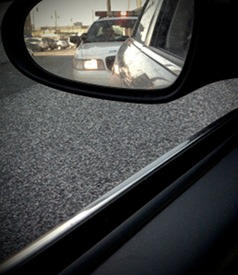 In all, 45 states, the District of Columbia, Virgin Islands, and Puerto Rico passed 31,005 new laws in 2010. Some of them will come into effect with the new year. Here is a sampling of some of the trends in lawmaking in 2010.

Meanwhile, in Illinois, synthetic marijuana, also known as K2, will be illegal.

Crime is always a focus of state lawmakers, but this year saw an emphasis on reining in the potentially harmful uses of new technologies and social media.

“The rise in social media-related regulations shows that private sector innovations are often followed by laws intended to limit the harmful effects of those innovations,” says Jessica Levinson, an analyst at the Center for Governmental Studies in Los Angeles.

“The environment is another big area of regulation, as our elected officials attempt to create laws that incentivize green behavior,” says Ms. Levinson.

A top focus for state legislatures in 2010 was pension laws. “The states are just beginning to come to terms with the fiscal burdens presented by decades of over-promising on employee pensions,” says Larry Sabato, a political scientist at the University of Virginia.