As the first official research is published that confirms water contamination by hydraulic fracturing, an alarming amount and array of hazardous chemicals and compounds – including arsenic, chloride, barium and radium – are found in Pennsylvania groundwater.

Shortly after a gas company in Donegal, Pennsylvania, began storing fracking wastewater in an impoundment pit, a water well at a nearby home showed some alarmingly elevated levels of barium and strontium.

The Southwest Pennsylvania home sits within 2,000 feet of the impoundment pit, which began leaking in late 2012, Kathryn Hilton told Truthout. Hilton is a community organizer at the Mountain Watershed Association, a nonprofit dedicated to water conservation in the state’s Indian Creek Watershed.

In August, 2012, Pennsylvania Department of Environmental Protection (DEP) test results showed significantly-elevated levels of barium and strontium. “Those are hazardous chemicals that can cause health problems when exposed to for extended periods of time,” Hilton said.

The unidentified property owners were unable to comment about the incident because they are involved in active litigation with the gas company, WPX Energy. The company has since removed the impoundment pit, but the homeowner is still “using a water buffalo” for drinking water, Hilton told Truthout. In June, 2013, the DEP’s Oil and Gas Program issued a determination letter concluding that the high chemical levels were caused by the nearby fracking activity, according to an agency spokesperson.

Environmentalists, scientists and residents worry that other homeowners may be facing similar, often unknown, threats from contamination throughout Pennsylvania – where the fracking boom has positioned the state as the third-largest producer of natural gas. Those concerns are growing as shale development continues to expand and transforms Pennsylvania communities that were once quaint rural areas into areas filled with drilling equipment and trucks.

“These drilling sites are really industrial sites,” said David Brown, a toxicologist at the Environmental Health Project in Washington County, Pennsylvania. “There is a lot of diesel fuel around, a lot of chemicals brought in to frack the rock, and it is all dumped in water or the air.”

At the well in Donegal, the levels of chemicals such as strontium that were measured in the well could be high enough to cause some skin or gastrointestinal reactions, environmental scientist Vanessa Lamers told Truthout. An elderly person or infant would be even more susceptible.

“That’s a lot of strontium and barium,” Lamers said after reviewing the sample results. “The chloride is four times over the limit.”

This case is not the only example of chemicals and compounds contaminating drinking water in areas with fracking activity. Between 2008 and fall 2012, state environmental regulators determined that oil and gas development damaged the water supplies for at least 161 Pennsylvania homes, farms, churches and businesses.

The findings in Pennsylvania are significant because they are some of the first official research to show confirmed water contamination caused by hydraulic fracturing – an industry environmental groups say the Environmental Protection Agency and feds are not taking a serious look at and that state regulators are not equipped to adequately regulate.

Last year, state Auditor General Eugene A. DePasquale announced his office is conducting a performance audit of the Pennsylvania DEP’s water testing program to “determine the adequacy and effectiveness of DEP’s monitoring of water quality as potentially impacted by shale gas development activities” between 2009 and 2012. 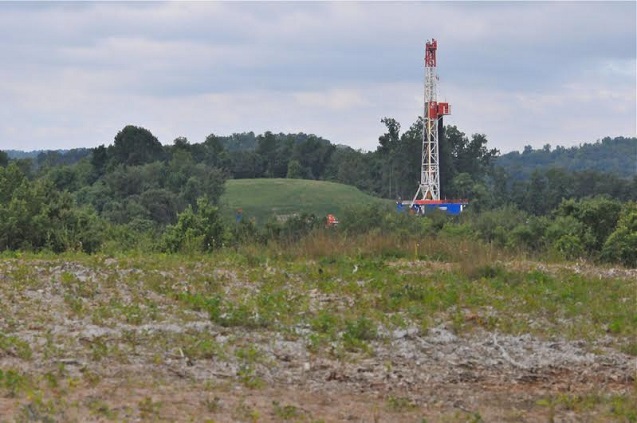 Leaks of drilling fluids and other contaminants from well casings is the first potential source of pollution. “One in 20 wells leak immediately, and over time the percentage increases,” said Anthony Ingraffea, an engineering professor at Cornell University.

“Casing is a very big issue,” Lamers told Truthout. Intense pressure – sometimes as high as 18,000 to 20,000 psi – is put on the well during the hydraulic fracturing process.

“You have all this pressure from the fracking and drilling,” Lamers said. “Then at the end of the process, which can take three weeks or three months, they are going to pull the wastewater back up. That wastewater will go back up through that casing. And if the casing is not still in great shape, after all that pressure, that’s a concern [for possible contamination].”

The second possible stream is the millions of gallons of wastewater produced during fracking. Monika Freyman, a water program scientist with Ceres, is one of those experts. Freyman worries about the way wastewater is stored, transported and treated. “And now they are talking about barging it,” Freyman said. The scientist spent months studying the effect of the industry on water resources, including the multitude of pathways the fracking fluids can go after a well is fracked.

Hilton points to a Duke University study conducted last year that shows some of the Marcellus shale wastewater pours directly downstream into water sources for Pittsburgh and other cities, with uncertain health consequences.

And violations issued by the state DEP to companies, ranging from failure to report a spill to inadequately storing wastewater, shows just how dangerous the industry is in Pennsylvania, Hilton told Truthout.

During her graduate studies at Yale, Lamers spent about a year in Washington County studying the impacts of fracking on water. In summer 2012, the scientist and a research team tested water samples at 140 households and conducted 180 anonymous health surveys.

Some of Lamers’ research is under peer review and will be made public soon in two articles. Lamers found an alarming amount and array of hazardous chemicals and compounds in the groundwater. Those included arsenic, chloride, barium and radium, a radioactive element loosened during the fracking process.

“We found more stuff in the water than we expected to find,” Lamers told Truthout. Linking the chemicals to fracking activity, however, is difficult because before hydraulic fracturing, there has been a history of mining and oil and gas drilling in Pennsylvania – industries that also could be responsible for leaving behind hazardous compounds.

“It is a little suspicious finding large quantities of arsenic in the groundwater,” Lamers said.

Researchers and scientists have pushed for the use of tracing fluids by the industry. These tracing fluids would be used to track fracking fluids and wastewater throughout a region’s water system. But the industry has been unwilling to use tracing fluids. “Such tracers would hold companies accountable to the environment, to landowners and to stakeholders,” Lamers told Truthout.

Scott Perry, director of the state Department of Environment Protection’s Office of Oil and Gas Management acknowledged to Truthout that impoundment spills have happened on some rare occasions, especially at the older impoundments called open “pits.”

The industry in Pennsylvania appears to be making the shift to a closed system to hold wastewater before it is treated or shipped to the deep injection waste wells in Ohio. But companies still use large impoundment ponds to store wastewater. These newer impoundment ponds meet stricter requirements enacted in 2012 requiring double-lined walls and spill detection, Perry said.

Industry representatives say development of abundant and affordable natural gas from shale formations like the Marcellus has led to a more secure energy future for the entire country. New technology in the field – such as closed storage systems and mobile filtration plants designed to filter flowback – is allowing the industry to do a better job at treating wastewater produced during fracking, Joe Massaro, a field director with Energy in Depth told Truthout. The new filtration equipment is becoming an industry “best practice.”

Wastewater storage, treatment and disposal, however, remains one of the DEP’s Office of Oil and Gas Management’s “more significant environmental concerns” when it comes to fracking, Perry said. For that reason, regulators and inspectors have been “pushing the industry as far as anyone has” to try to prevent wastewater spills,” Perry told Truthout.

Based on what she is seeing in southwest Pennsylvania, Hilton is concerned that some tougher regulations aren’t enough and that the state agency is not equipped to keep watch on thousands of wells across the region. “[Are] there enough people to effectively monitor these wells or impoundment pits, or are the laws adequate to protect our health? Absolutely not,” the environmentalist said.

The federal Environmental Protection Agency has little oversight over fracking fluids and wastewater because under President George W. Bush in 2005, the industry was exempted from the Safe Drinking Water Act.

But that could change after the federal agency concludes a multiyear study probing the industry’s dangers posed to drinking water. The study will examine the impact of chemicals injected deep into the Earth during the full water cycle in the industry that is largely exempt from federal regulation. While the study could prompt consideration of new guidelines for fracking, any changes to current federal regulation of the industry would require federal legislative action.

Editor’s note: This article has been updated to clarify that the August 2012 Pennsylvania Department of Environmental Protection (DEP) test results showed significantly-elevated levels of barium and strontium, but were not technically above EPA levels.

Share
Copyright, Truthout. May not be reprinted without permission.
Roger Drouin